These Satellites Are the Smallest to Ever Reach Earth’s Orbit

They put us one step closer to faster, cheaper interstellar travel. 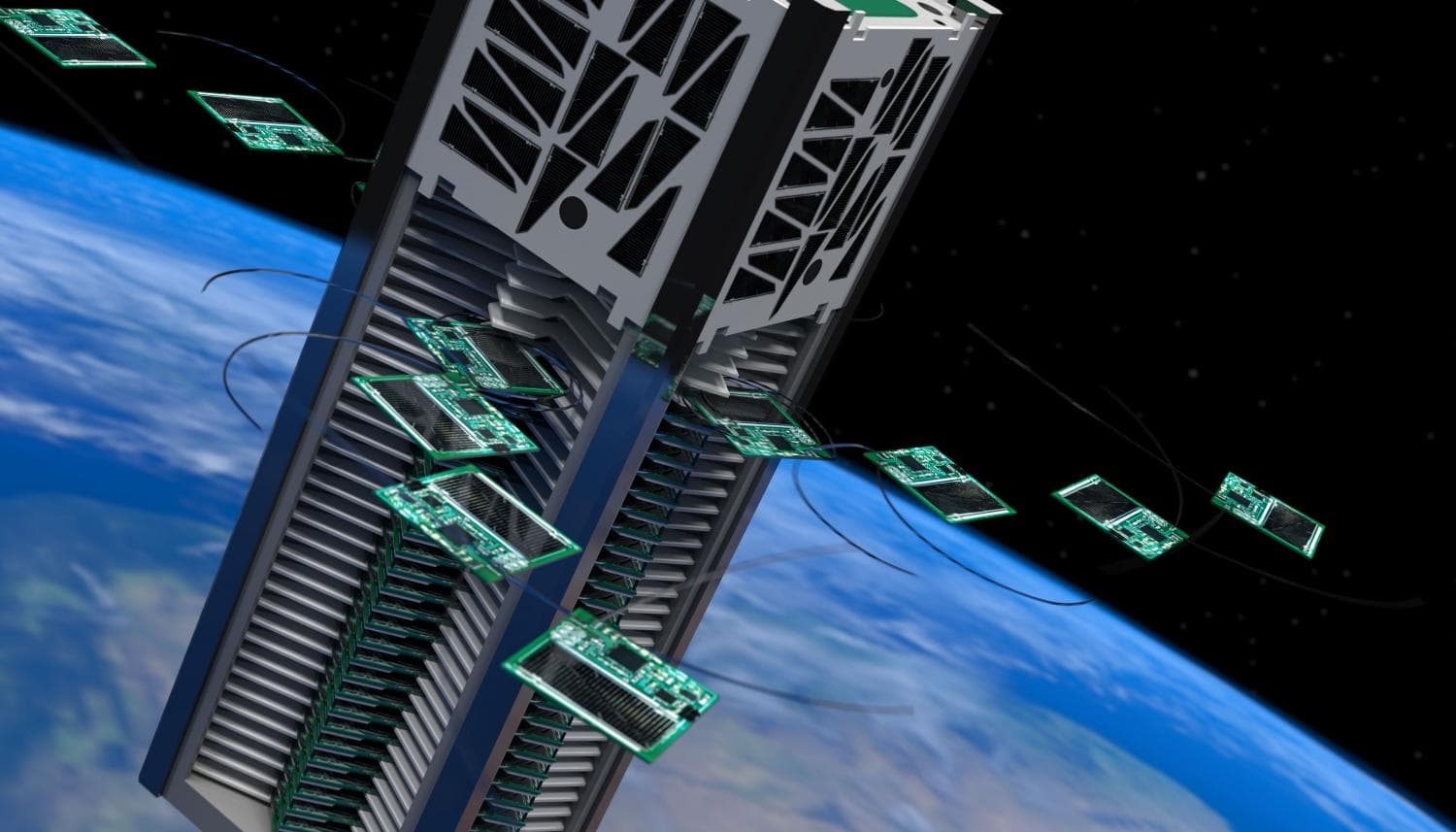 A Giant Leap for Chipkind

The miniature craft weigh just 4 grams each and are the smallest satellites ever sent into space. The test was designed to reveal how well the satellites' electronics systems and radio communications performed in orbit.

The launch of the Sprite satellites marks the first demonstration that miniaturized electronics on small chips can be launched without damage, survive the harsh environment of space and communicate successfully with Earth. The Starshot Initiative aims to launch similar chips attached to a lightweight sail that it being pushed by a laser beam to a fifth of the speed of light, so that its camera, communication and navigation devices (whose total weight is of order a gram) will reach the nearest planet outside the solar system within our generation.

The Breakthrough Starshot initiative is an ingenious solution to many of the problems associated with traditional space rovers. Those complicated machines can sometimes fail, their size and weight can impair propulsion, and a single craft that can only travel to one destination can require a huge financial investment.

These tiny spacecraft should radically decrease the cost of interstellar exploration, while simultaneously increasing the speed at which we reach distant star systems. They're also just one example of the many inventions that we are developing to investigate the cosmos.

Over the next few years, InSight will be launched to unearth the secrets beneath Mars' surface, the James Webb Space Telescope will be sent into orbit so we can see the universe like we've never seen it before, and the Falcon Heavy will be tested, bringing us one step closer to setting foot on the Red Planet.

Thanks to all these fascinating new technologies, we are living in the golden age of space exploration. The mysteries of our universe are being decoded, space is being deciphered, and technology is giving us new tools in the hunt for extraterrestrial life. Truly, there has never been a more exciting time to study the starry void in which we float.

Read This Next
X-Ray Vision
A New Satellite Can Peer Inside Some Buildings, Day or Night
Space Pirates
SpaceX Is Launching a Fleet of Pirate-Hunting Satellites
Playing Chicken
SpaceX Wouldn't Move Its Satellite to Avoid a Collision, Says ESA
Satellite Down
India Just Shot Down a Satellite With a Missile
Spy Satellites
Watch the U.S. Launch a Classified Spy Satellite Today
More on Off World
Final Selection
Yesterday on the byte
NASA Finalizing Secretive Decision on First Astronauts for the Artemis Moon Mission
Hall Effect
Jan 29 on futurism
Test Suggests Ion Thrusters Could Power Crewed Interplanetary Missions
CHON: Legacy
Jan 29 on the byte
James Webb Discovers Coldest Ice in Known Universe, Harboring Molecules Essential For Life
READ MORE STORIES ABOUT / Off World
Keep up.
Subscribe to our daily newsletter to keep in touch with the subjects shaping our future.
+Social+Newsletter
TopicsAbout UsContact Us
Copyright ©, Camden Media Inc All Rights Reserved. See our User Agreement, Privacy Policy and Data Use Policy. The material on this site may not be reproduced, distributed, transmitted, cached or otherwise used, except with prior written permission of Futurism. Articles may contain affiliate links which enable us to share in the revenue of any purchases made.
Fonts by Typekit and Monotype.