Rats That Live 30 Years, Rarely Get Cancer, and Feel No Pain Are Revolutionizing Medicine

We could use their "superpowers" to save human lives. 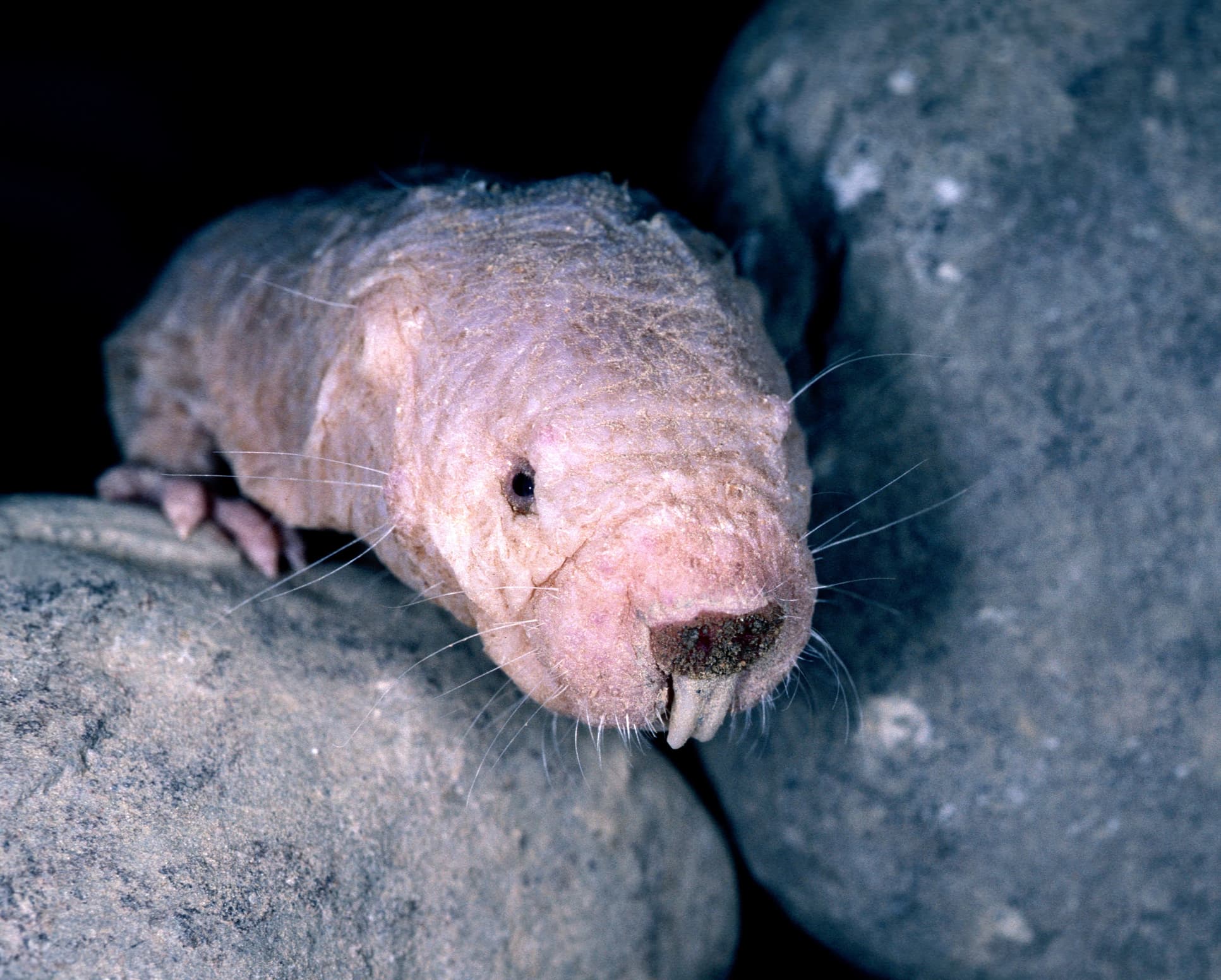 Some say that beauty is in the eye of the beholder, and if that is true, perhaps it's better off that naked mole-rats are pretty much blind. The tiny, hairless, subterranean dwelling creatures are a marvel of biology. Many of their novel physical attributes allow them to thrive in the inhospitable conditions they call home. A new study by scientists at the University of Illinois at Chicago has found another such attribute.

According to the study, published in the journal Science, naked mole-rats have evolved a way to survive in low-oxygen conditions that would kill other mammals within minutes. If a naked mole-rat finds itself in a low-oxygen environment, its body can essentially enter a state of suspended animation while their brains metabolize fructose to stay alive. "The naked mole-rat has simply rearranged some basic building blocks of metabolism to make it super-tolerant to low oxygen conditions," says Thomas Park, professor of biological sciences at the University of Illinois at Chicago.

According to Park, "This is just the latest remarkable discovery about the naked mole-rat—a cold-blooded mammal that lives decades longer than other rodents, rarely gets cancer, and doesn't feel many types of pain." The species also has some other incredible attributes that uniquely allow them to survive underground. The mole-rats are thermoconformers, or what might colloquially be referred to as "cold-blooded," meaning they do not regulate their body temperature internally. However, because they live in tightly packed colonies, they can huddle together to create more warmth, or they may travel to a section of tunnel that has sun exposure. They can then descend back into the depths if they get too warm.

Scientists are now working on figuring out the biological mechanics behind this ability to survive with low oxygen. There is a possibility that learning the origins of this incredible ability could have medical applications for humans that suffer from conditions like heart attacks and strokes. Oxygen deprivation can do significant damage to a person very quickly, so discovering a way to mitigate that damage could help to save lives or improve the quality of life for survivors.

Naked mole rats' many survival traits have been the subject of extensive study. So many are curious to see if their mechanisms can be adapted for humans. Now, the ability to adapt animals' traits to benefit other species is not something reserved for only humans, there are examples of many different animals adopting the markings of venomous species in order to fool predators. However, humans do have the unique capability to do more than that. Scientific developments such as genetic engineering could help us adapt more quickly than ever before.

Read This Next
Futurism
Plan to Create a Genetic Rolodex of Life on Earth Could Save Lives
Futurism
The World’s Rivers Are All Backed Up, Leaving Fish With No Place To Go
Futurism
A Moss Can Naturally Clean Harmful Arsenic From Water
Futurism
By 2040, Hundreds of Millions May Be Affected By River Floods Across the World
Futurism
Humans Might Not Survive Climate Change, but These Creatures Probably Will
More on Earth & Energy
Rock Battery
Jan 28 on the byte
Researchers Successfully Turn Abandoned Oil Well Into Giant Geothermal Battery
Do The Worm
Jan 27 on the byte
Scientists Name "Funky Worm" Amphibian After a Weird 70s Funk Song
Cow Chow
Jan 26 on the byte
Bill Gates Gives $12 Million to Flatulent Australian Cows
READ MORE STORIES ABOUT / Earth & Energy
Keep up.
Subscribe to our daily newsletter to keep in touch with the subjects shaping our future.
+Social+Newsletter
TopicsAbout UsContact Us
Copyright ©, Camden Media Inc All Rights Reserved. See our User Agreement, Privacy Policy and Data Use Policy. The material on this site may not be reproduced, distributed, transmitted, cached or otherwise used, except with prior written permission of Futurism. Articles may contain affiliate links which enable us to share in the revenue of any purchases made.
Fonts by Typekit and Monotype.