A Moss Can Naturally Clean Harmful Arsenic From Water

That's good news for Sweden, which has a lot of toxic arsenic in its water. 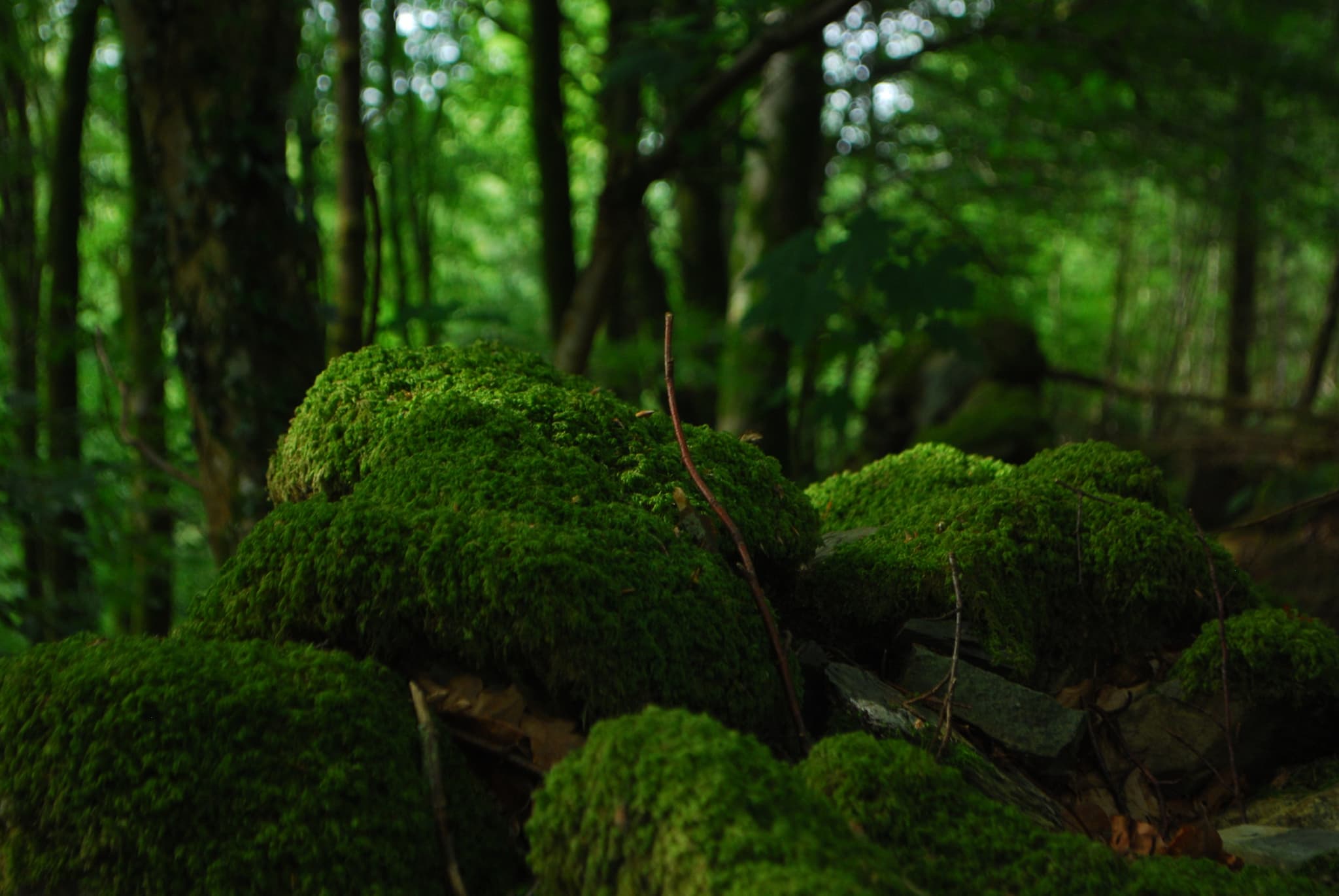 If you happen to be thirsty in the woods, there are a lot of things you can stick in your canteen to help clean up your drinking water. There are chlorine pills and filters (not crystals — never crystals). And now scientists have identified a certain kind of moss that could do it, too.

The moss is called Warnstorfia fluitans. It grows in Swedish wetlands contaminated with the toxic arsenic from nearby mining operations. Researchers found that the moss brought the arsenic levels of water down to drinkable levels surprisingly quickly, according to research published in the journal Environmental Pollution.

In northern Sweden, iron mines have contaminated much of the water with arsenic, a metal that is also toxic to humans. That harmful combination works its way into agricultural products like rice, traveling throughout the food web.

Researchers from the University of Stockholm hope that introducing this moss into wetlands could help clean up the area.

To test it in a controlled lab setting (that's science-ese for “no one has tested this in the field yet,”) the researchers started with water that contained ten times the amount of arsenic deemed safe by the Environmental Protection Agency. When they exposed the moss to it, the moss took just an hour to absorb 82 percent of the arsenic.

But further tests showed that higher concentrations of arsenic, plus mixing in other miscellaneous compounds, slowed down the filtration process. That's a bit closer to real-world conditions, so that lab ideal would be far from how this moss performs in an actual arsenic-contaminated wetland. But even so, researchers found that the moss was able to tolerate arsenic concentrations 1,000 times higher than the EPA’s maximum before it showed any signs of toxicity itself.

So how did the moss survive after taking in all that harmful arsenic? The researchers found that most of the toxin was being bound to the moss tissue, rendering it harmless. And because very few organisms eat wetland moss, this could help break the cycle of arsenic poisoning in which predators become sick after eating contaminated prey.

The road from laboratory tests to successful environmental cleanups is long and arduous, but if researchers find that it helps to grow this moss in and around streams with dangerous levels of arsenic, we may be on our way to an inexpensive, handy solution to a serious ecological hazard.

Read This Next
Bad Spill
Scientist Warns That a Huge Tanker Is Probably Going to Spill a Million Barrels of Oil Into the Ocean
Watery Graves
The Ocean Is Losing Oxygen. This Scientist Says More "Dead Zones" Will Soon Follow.
Wading Pool
One Day of Greenland's Ice Melt Could Submerge Florida
Drying Up
Rivers Around the World Are Disappearing
Climate Connection
Bill Gates Attempts to Explain Why He Bought More Farmland Than Anyone Else in America
More on Earth & Energy
That Sssssucks
Jul 3 on the byte
Unfortunate Snake Causes Power Outage for 10,000 Homes
Fashion Week
Jul 2 on the byte
Scientists Discover Horrifying Crab That's Covered in "Hair"
Fire Bird
Jul 1 on the byte
Experts Say Birds Are Catching on Fire on Power Lines and Starting Wildfires
READ MORE STORIES ABOUT / Earth & Energy
Keep up.
Subscribe to our daily newsletter to keep in touch with the subjects shaping our future.
+Social+Newsletter
TopicsAbout UsContact Us
Copyright ©, Camden Media Inc All Rights Reserved. See our User Agreement, Privacy Policy and Data Use Policy. The material on this site may not be reproduced, distributed, transmitted, cached or otherwise used, except with prior written permission of Futurism. Fonts by Typekit and Monotype.