The Milky Way Galaxy From A 747 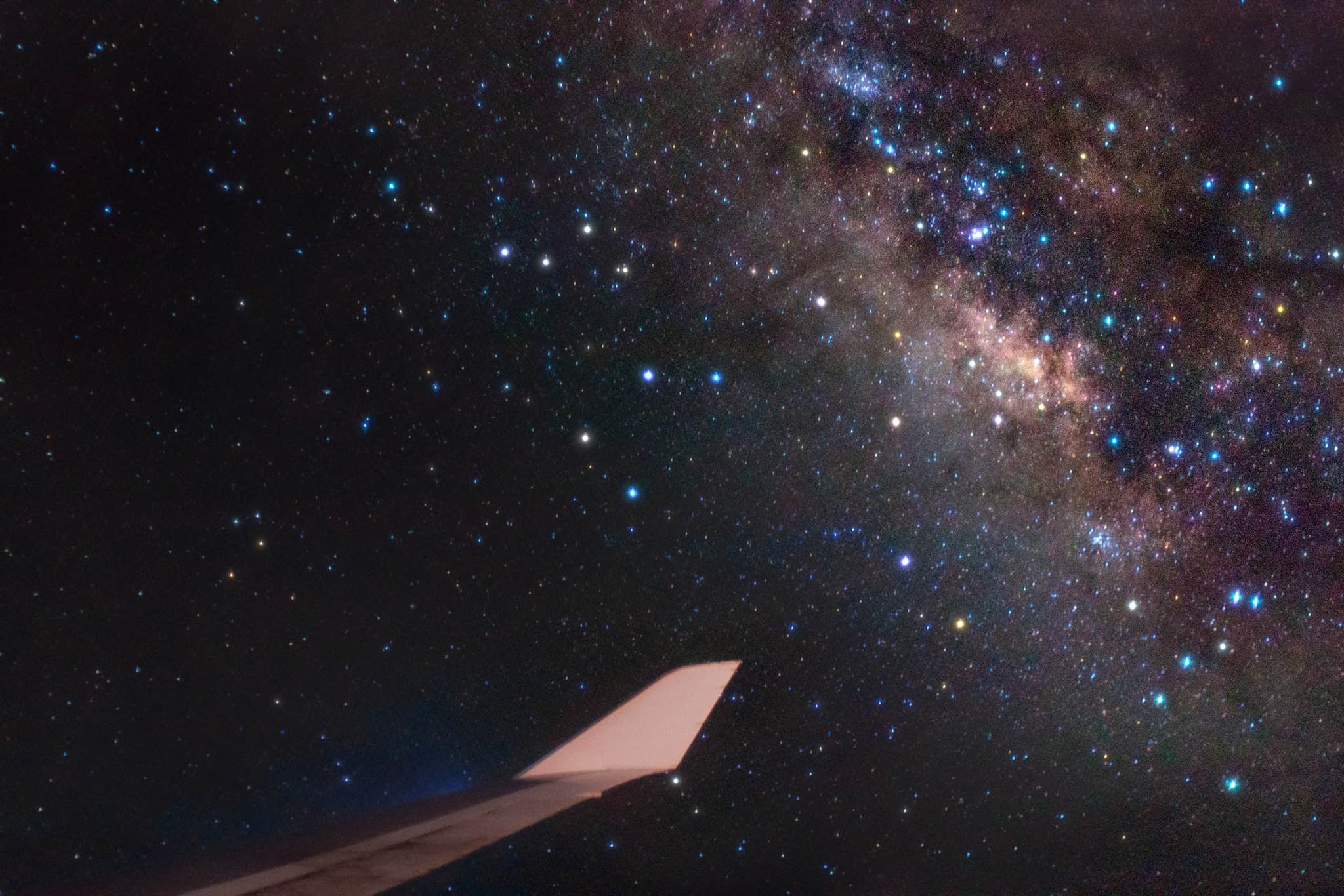 Flying on a plane can be an amazing experience. If you are lucky, you may fly past a few storm clouds, and watch as lightning dances from cloud to cloud high in the atmosphere. On a crystal clear night, you may be able to see the stars twinkling like a million candles in the sky. But nothing can beat the view on the clearest of nights, when you can see the Milky Way shining faintly in the cosmos.

Ultimately, flying is the perfect opportunity to escape all the light pollution, all the clouds, and the thick atmosphere that blocks the light from the stars (plaguing astronomers and astrophotographers alike). If you have right equipment, you can capture a spectacular view like this one...

On the left, you see the wing of a 747; on the right, you can see the Milky Way dancing across the cosmos.

This image was taken by astrophotographer Alex Merga in a Boeing 747 on a late night flight from New York to London. At the time, Merga was some 11,000 meters (36,000 feet) over the Atlantic ocean and traveling at 1,000 kilometers per hour (600 mph). It was about 01:00 and the plane was about 350 km (220 miles) from Hailfax when he saw a window of time to take an image of his view from the plane. To capture this sight, Merga had to take over 90 exposures. In the end, he was left with one 10 second exposure that did the view justice, the one seen here.

Have a similar image? Be sure to send it our way.

To see equally incredible images, see the Milky Way align above Solitary Geyser or see the ISS race across the face of the moon. You can also see more from Alex at his Facebook page.