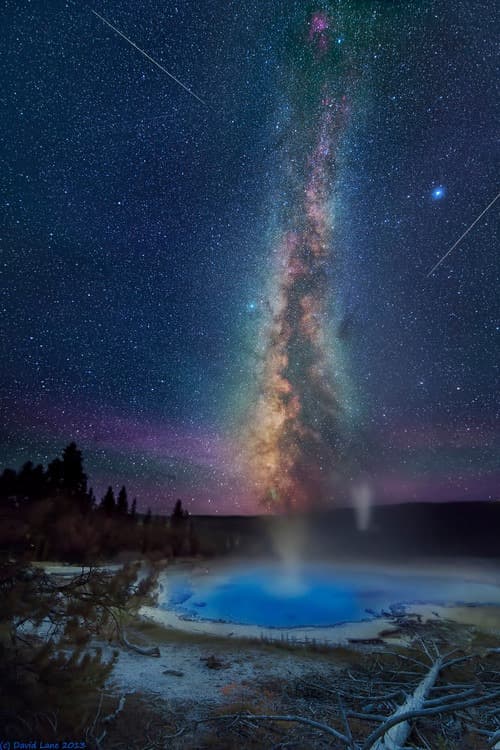 This absolutely beautiful starscape, entitled "Solitary", was captured by David Lane. The image was set over Solitary Geyser, which is located in Yellowstone National Park. Soaring above the Geyser are several Perseid meteors streaking through the sky. If you look closely, you can also see several satellite trails (two of them faintly cross paths).

As Solitary Geyser spits out steam (seamlessly blending in with the central disk of the Milky Way), a large eruption is caught at the same time. This one was emitted from the Lion Group (containing four geysers: Lion, Lioness, Big Cub, and Little Cub) far below. Incidentally, the group is not too far away from the famous "Old Faithful" geyser.