This car can reach 194 mph, and it's all-electric. 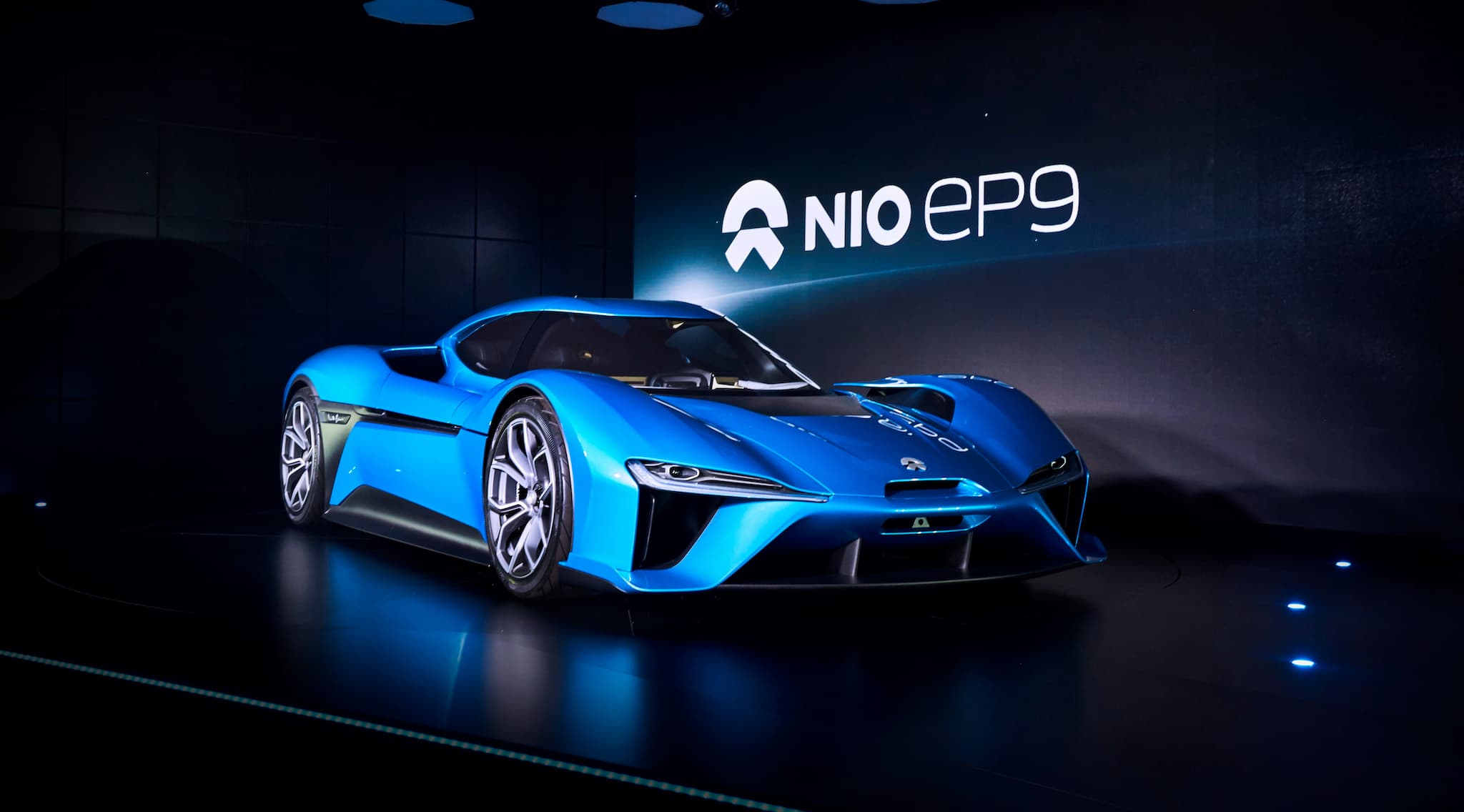 In the early days of electric cars, critics mocked their speed, and they gained a bit of a reputation as gas-powered cars' slower, less powerful counterparts. While that may have been true in the past, it is certainly no longer the case.

Between Tesla's lineup of everything from compact cars to semi trucks, Nissan's futuristic sports car, and high-luxury brands like Porsche and Jaguar's electric model releases, electric cars are now undeniably fast, efficient, and on the cutting edge of transportation technology.

This fact is more apparent than ever thanks to the Nio EP9. Currently the fastest electric car on the market, the vehicle can reach speeds up to about 312 km/h (194 mph). Recently, the car officially cemented itself as the fastest model with a record-breaking lap around the Nürburgring track. It finished the lap with a time of 6:45:9, beating its own 2016 record of 7:05:12.

The Future of Travel

Now, while the Nio EP9 is impressive, it's probably not the most sensible vehicle for most drivers. The company is planning to produce only 10 EP9s each costing $1.48 million. But that doesn't mean high-speed electric travel is out of the question for the average consumer. Electric cars have already come a long way, and as more and more companies make the shift to producing electric models, the variety and capabilities of the vehicles will only continue to improve.

It is an unfortunate but irrefutable fact that climate change is only going to worsen if we keep living the way that we do. We, as a species, are simply relying too heavily on fossil fuels and producing too many greenhouse gasses, and both we and the planet will continue to suffer more and more as a result. From extreme weather patterns to natural disasters and unprecedented extinction rates, we are already feeling the effects.

And so, while switching to electric might not seem like that big of a deal, if we all made small (or large) changes to our daily lives in order to reduce our carbon footprint, we might have a real shot at combating climate change in a meaningful way.

Read This Next
Fusion Futility
Elon Musk Slams Fusion, Says Future of Energy Is Wind and Solar
Mine! Mine!
Elon Musk Suggests Tesla Might Start Mining Lithium
World is on Fire
UN Calls Elon Musk's Bluff, Providing Detailed Plan to Prevent World Hunger
Bigger in Texas
Elon Musk, Who Moved to TX For Less Regulation, Is Furious That the Power Went Down
Piercing The Hype
If Graphene Batteries Do Everything Scientists Say, They Could Be a Gamechanger
More on Earth & Energy
RIP Fred
4:57 PM on the byte
Instead of Predicting Length of Winter, Groundhog Simply Dies
Fly Guy
Yesterday on the byte
Bird Advocates Horrified by Pigeon Dyed Pink For Gender Reveal Party
The Dos and Do-Do...
Yesterday on the byte
Startup Backed By "Jurassic World" Producer Says It Will Revive Extinct Dodo Using Complete Genome
READ MORE STORIES ABOUT / Earth & Energy
Keep up.
Subscribe to our daily newsletter to keep in touch with the subjects shaping our future.
+Social+Newsletter
TopicsAbout UsContact Us
Copyright ©, Camden Media Inc All Rights Reserved. See our User Agreement, Privacy Policy and Data Use Policy. The material on this site may not be reproduced, distributed, transmitted, cached or otherwise used, except with prior written permission of Futurism. Articles may contain affiliate links which enable us to share in the revenue of any purchases made.
Fonts by Typekit and Monotype.