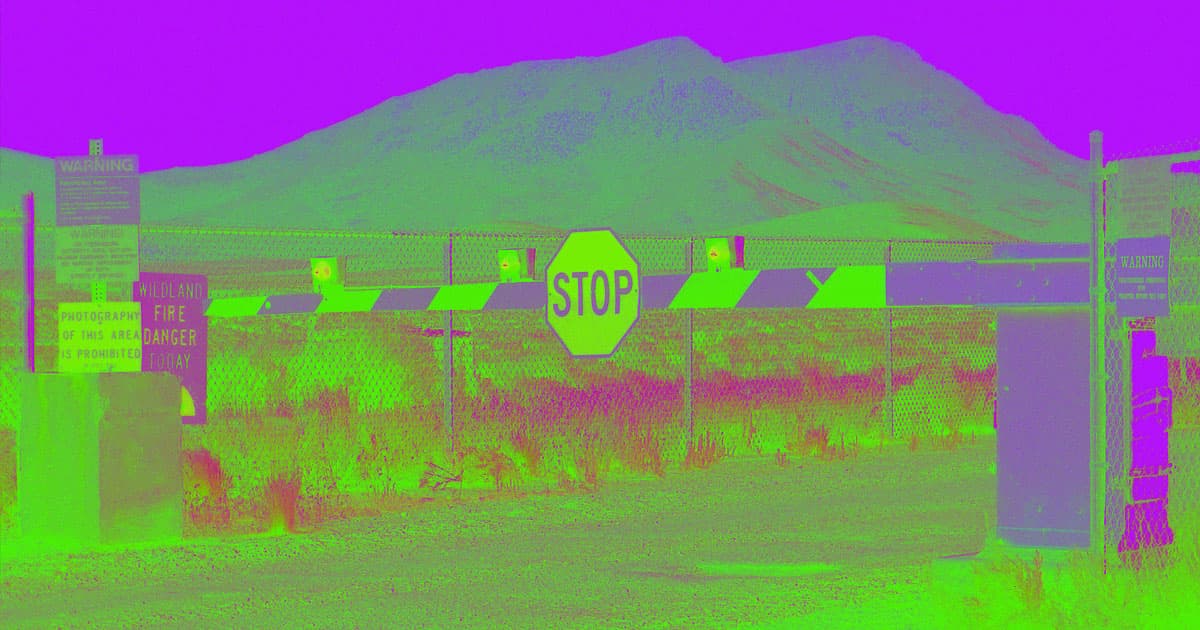 People Are Already Getting Arrested Trying to "Storm Area 51"

Two YouTubers are in jail because they wanted to "see them aliens." Seriously.

Two YouTubers are in jail because they wanted to "see them aliens." Seriously.

"Storm Area 51" — a Facebook event jokingly urging attendees to swarm the military base to "see them aliens" — has already landed two people in jail.

On Tuesday, Nevada police arrested Dutch YouTube personalities Govert Charles Wilhelmus Jacob Sweep and Ties Granzier for trespassing on the Nevada National Security Site, a government nuclear facility located 10 miles away from Area 51 — and officials say the two had flown to the U.S. specifically to attend the controversial Facebook event.

According to a statement released by the Nye County Sheriff's Office on Wednesday, the YouTubers' car was found parked three miles inside the nuclear facility's grounds. It contained a camera, a laptop, and a drone, with footage from inside the facility already captured on the camera.

The two now face charges of trespassing on a military base, which could land them in jail for six months.

The alien-hunting event is scheduled for September 20, and Lincoln County Sheriff Kerry Lee told BuzzFeed News the department expects "numerous people" to flock to the region for it.

If those attendees are lucky, they might find themselves joining Sweep and Granzier in the jailhouse. If they're not so lucky, they could experience a run-in with Air Force personnel — who are authorized to "use deadly force" against Area 51 trespassers.

READ MORE: 2 YouTubers were arrested near Area 51 after traveling from the Netherlands for the viral 'Storm Area 51' Facebook event [Insider]