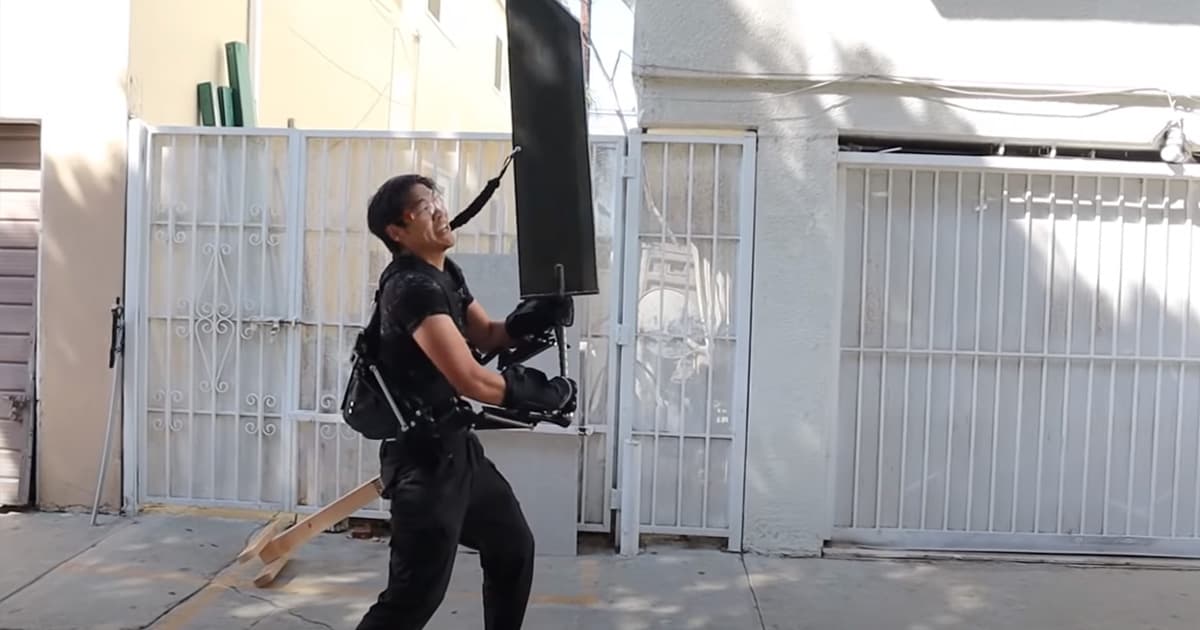 Only a YouTube inventor would buy an exoskeleton purely to lift a massive 50-pound sword modeled after one found in the hit video game “Final Fantasy VII.”

And that’s exactly what Allen Pan, from the YouTube channel Sufficiently Advanced, did for his his video.

Pan constructed a massive steel sword with a puny 12 inch handle, modeled after the one used by Cloud, a character in “Final Fantasy VII.”

There’s one hulking problem though: Pan and his friends weren’t able to lift it. That’s because of the torque, which by Pan’s calculation meant that there were about 150 pounds of force acting on the handle, making it nearly impossible to wield.

Inspired by action blockbuster “Edge of Tomorrow,” Pan decided to get crafty. He picked up a used, spring-powered SteadyCam exoskeleton, normally used to stabilize cameras, for a cool $900.

By attaching a bungee cord to the top of the sword, he was able to lift it up above his head while wearing the exoskeleton.

The results are… a little awkward. Pan isn’t exactly swinging the massive sword with the same ease as Cloud did in “Final Fantasy VII.”

But then again, Cloud didn’t have to deal with any real-world gravity, either.