Customized "Exosuits" Will Move With Your Stride

Researchers created a walk profile for each user’s unique walk. 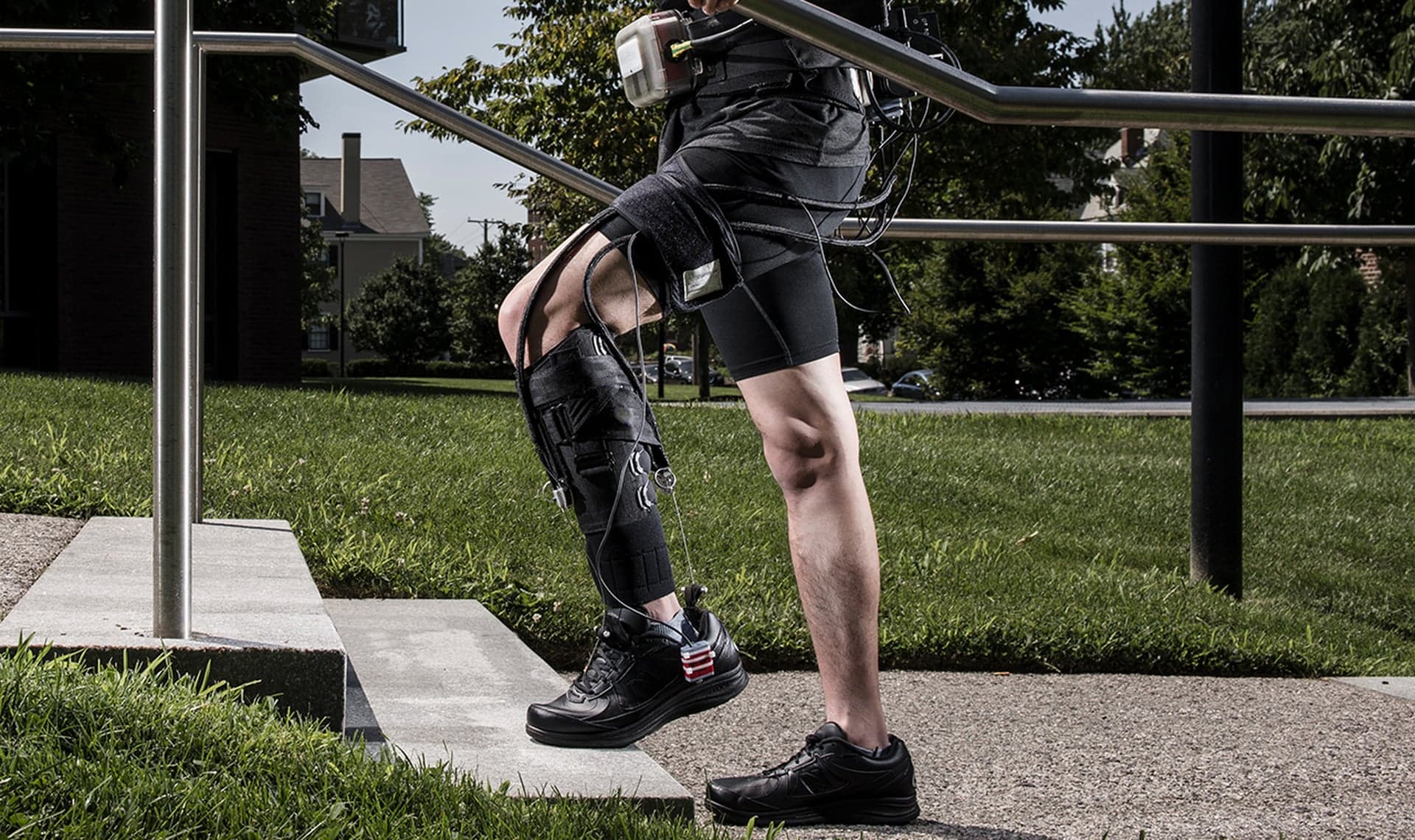 One Size Doesn't Fit All

You wouldn't assume that one size fits all for a pair of shoes, so why would you assume the same for an exoskeleton? New research by engineers at the Wyss Institute of Harvard University was able to reduce a user's metabolic output by a net average of 17.4 percent (compared to walking without it). They achieved this by using an algorithm to customize hip-assisted exosuits to the wearer's stride.

The researchers enlisted eight healthy male participants to walk on a treadmill while wearing the soft exosuits. The suit looks something like a rock-climbing harness and is made to enhance walking by aiding the wearer's hip extension. After about 20 cycles of walking, the computer system attached to the suit was able to develop an ideal force profile for each walker.

The profile took into account factors like peak hip force and the timing of the wearer's most efficient strides. Compared to existing exosuits the Harvard researchers say their method improved the "metabolic cost" of walking for users by more than 60 percent.

Such programs could help resolve one of the primary problems with exoskeletons: wearers respond to them in very different ways. Since every person's individual stride follows its own pattern, and everyone's metabolic output is different, it's been difficult to create devices that are comfortable for anyone to wear. The Wyss Institute researchers further demonstrated this issue by applying one participant's walk profile to another subject — who found that it wasn't nearly as effective at improving their efficiency.

Other research has shown that once suited up, some people will even unconsciously struggle against an exoskeleton.

“In theory they’re giving you an extra push, so you should be using less of your own energy. But the problem is that humans are so different from one to another, and some of us actually try to fight against the exoskeleton,” Juanjuan Zhang, a Carnegie Mellon professor who developed a similar program for an ankle-support exoskeleton, told The Verge. “But the difficulty is not the device, it’s the fact that the human body is so complicated.”

Though it may be some time before we see customized exoskeletons out and about in the world (after all, this system worked when hooked up to a pair of wires and a computer, which wouldn't exactly be convenient to wear around town) this research is taking its first (assisted) steps in that direction.

Exoskeletons and soft exosuits could be incredibly valuable for people with disabilities, helping address everything from limited strength and endurance to full paralysis. No matter how helpful they may be, in order for them to become more widely adopted they'll comfortable enough to wear.

Read This Next
Guardian Exoskeleton
The U.S. Military is Buying a Brutal-Looking Powered Exoskeleton
Futurism
New Soft Robotic Skin Automatically Heals Itself, Even If You Shoot It Full Of Holes
Futurism
Hundreds of 2D Materials Could be the Next Graphene
Futurism
Russia's Next-Gen Combat Suit is Getting Tech That's Resistant to Nuclear Blasts
Futurism
The "Chairless Chair" Allows You to Sit Anywhere
More on Robots & Machines
From the Dept. of...
12:00 AM on futurism
The Best Desks of 2023
Balloon Pop
Feb 4 on the byte
Footage Shows Chinese Balloon Being Shot Down
From the Dept. of...
Feb 2 on futurism
The Best Mini Fridges of 2023
READ MORE STORIES ABOUT / Robots & Machines
Keep up.
Subscribe to our daily newsletter to keep in touch with the subjects shaping our future.
+Social+Newsletter
TopicsAbout UsContact Us
Copyright ©, Camden Media Inc All Rights Reserved. See our User Agreement, Privacy Policy and Data Use Policy. The material on this site may not be reproduced, distributed, transmitted, cached or otherwise used, except with prior written permission of Futurism. Articles may contain affiliate links which enable us to share in the revenue of any purchases made.
Fonts by Typekit and Monotype.