He walked as far as the suit's battery would allow every day. 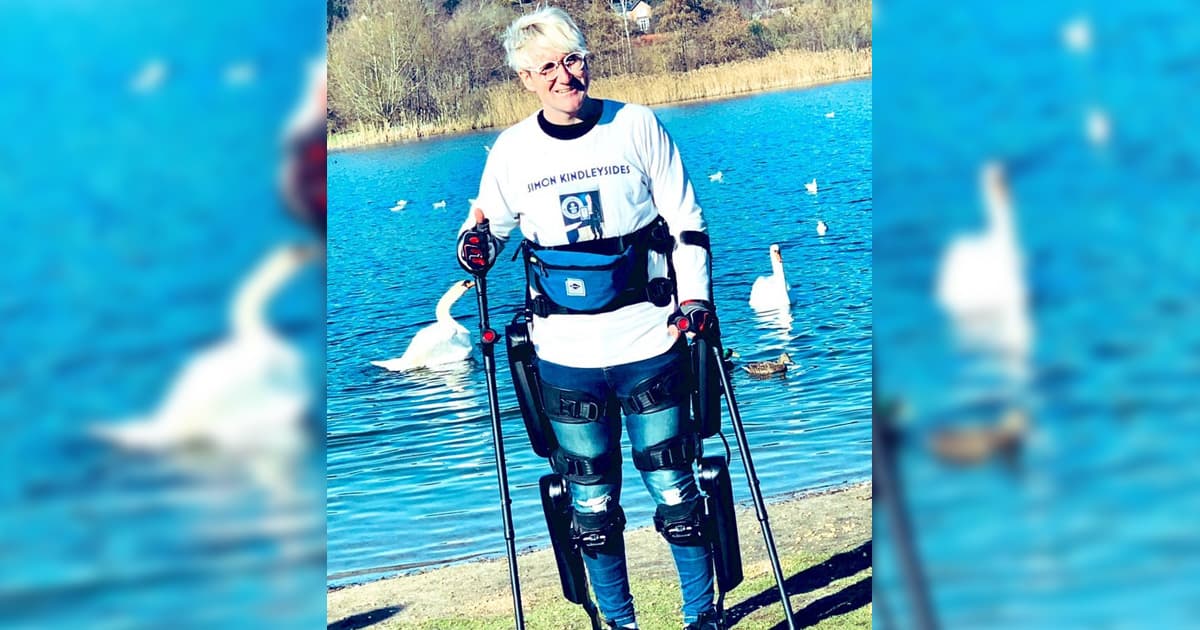 Over the month of February, a man named Simon Kindleysides walked a total of 112 miles despite being utterly paralyzed from the waist down.

Kindleysides, who used a robotic exoskeleton to run the London Marathon back in 2018, once again donned the assistive device to raise money for the UK's National Health Service, BBC News reports.

The robotic exoskeleton restored his ability to walk. Every day of the month, he would strap it on and travel about four miles while using hand-held poles to maintain his balance.

Kindleysides endured a great deal of pain during the fundraiser — he told the BBC that he was "really struggling" to complete Thursday's walk due to ongoing neuropathic pain, for instance. But the four-mile walks were limited by the exoskeleton, not by Kindleysides. That's just about how far he could go before the robotic legs' batteries needed to be charged, which made for a pretty logical stopping point.

Over the course of the month, Kindleysides raised over $16,700 (£12,000) for the NHS, which the BBC reports will go toward an intensive care unit and operating theater for children. That said, Kindleysides is relieved that he gets to take a break for a while before attempting his next challenge.

"I'm very happy that it's all done," he told BBC News.