"I want to challenge [the previous record holder] to a one-on-one exoskeleton race one day." 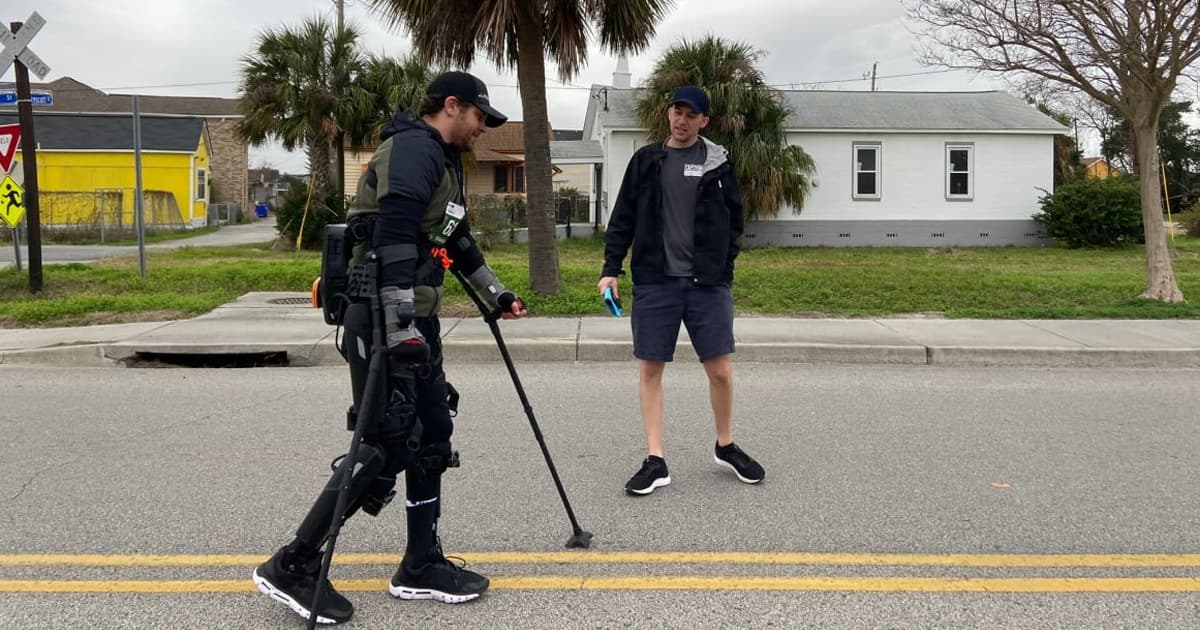 Image by I Got Legs
Robotics/Prosthetics

On Saturday, a man named Adam Gorlitsky broke the world record time for completing a marathon while wearing an assistive robotic exoskeleton.

Though he hasn't yet submitted his results to Guinness, CNN reports that Gorlitsky — who is paralyzed from the waist down — completed the Charleston Marathon after walking for 33 hours, 50 minutes, and 23 seconds straight. That put him just shy of a three-hour lead over the previous record for an exoskeleton-assisted marathon.

"And now that I have, the second I crossed that finish line, I have a whole new level of respect for him and anyone who walks a marathon wearing an exoskeleton suit," he added. "It wasn't easy at all."

The grueling route — which Gorlitsky started Thursday night and completed Saturday morning, without breaking for sleep — is not only a testament to advances in robotic exoskeleton technology but also to the incredible things people can accomplish given the right support.

"I want to challenge Simon to a one-on-one exoskeleton race one day," Gorlitsky told CNN. "I'd love to go head to head with him on his home turf at the London Marathon."

Image by I Got Legs