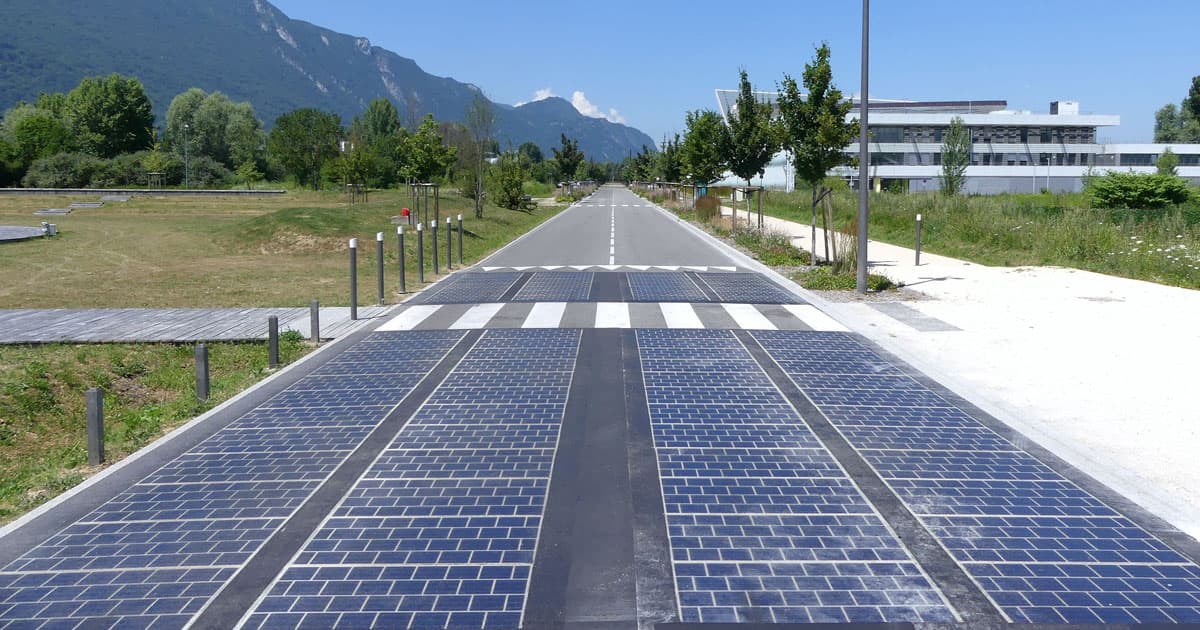 Report: The World's First Solar Road is an Absolute Disaster

Thunderstorms and rotting leaves did a number on the road's solar panels.

Thunderstorms and rotting leaves did a number on the road's solar panels.

In 2016 France turned a one-kilometer stretch of roadway into the world's first solar road. And three years later, the trial project has turned out to be an absolute disaster, French newspaper Le Monde reports.

The photovoltaic panels that made up the 2,800 square meter (just over 30,000 square feet) of road surface have deteriorated beyond recognition, according to the paper. The panels have reportedly started peeling off the road and splintering.

The speed limit even had to be lowered to 70 kmh (43 mph) because of rotting leaves generating a significant amount of noise for nearby residents.

It also never reached the expected 790 kilowatt-hours a day the panels were supposed to generate. At most, the road only produced half of that.

The project may have been doomed from the start. 75 percent of the panels were broken before even being installed back in 2016, according to Daily Caller.

But the idea of having roadways generate solar power is far from dead, according to Business Insider. In the Netherlands, a solar bike lane has fared much better, exceeding the expected energy production. A solar panel road is also being tested near Amsterdam's Schiphol airport.

American company Solar Roadways is hoping to turn highways smart using solar panels, sensors and LED lights for traffic warning systems. While they're expensive, they could generate enough power to heat up enough to at least clear the road of ice and snow.

READ MORE: The world's first solar road has turned out to be a colossal failure that's falling apart and doesn't generate enough energy, according to a report [Business Insider]

Uber Bad
If This Leak Is Real, Uber Is in Huge Trouble
7. 11. 22
Read More
Air Ferry
Paris Will Use Electric Flying Cars to Get Passengers to the Olympics
11. 27. 21
Read More
Looped In
See a Startup's Newly Unveiled Hyperloop Test Track
2. 26. 19
Read More
+Social+Newsletter
TopicsAbout UsContact Us
Copyright ©, Camden Media Inc All Rights Reserved. See our User Agreement, Privacy Policy and Data Use Policy. The material on this site may not be reproduced, distributed, transmitted, cached or otherwise used, except with prior written permission of Futurism. Articles may contain affiliate links which enable us to share in the revenue of any purchases made.
Fonts by Typekit and Monotype.