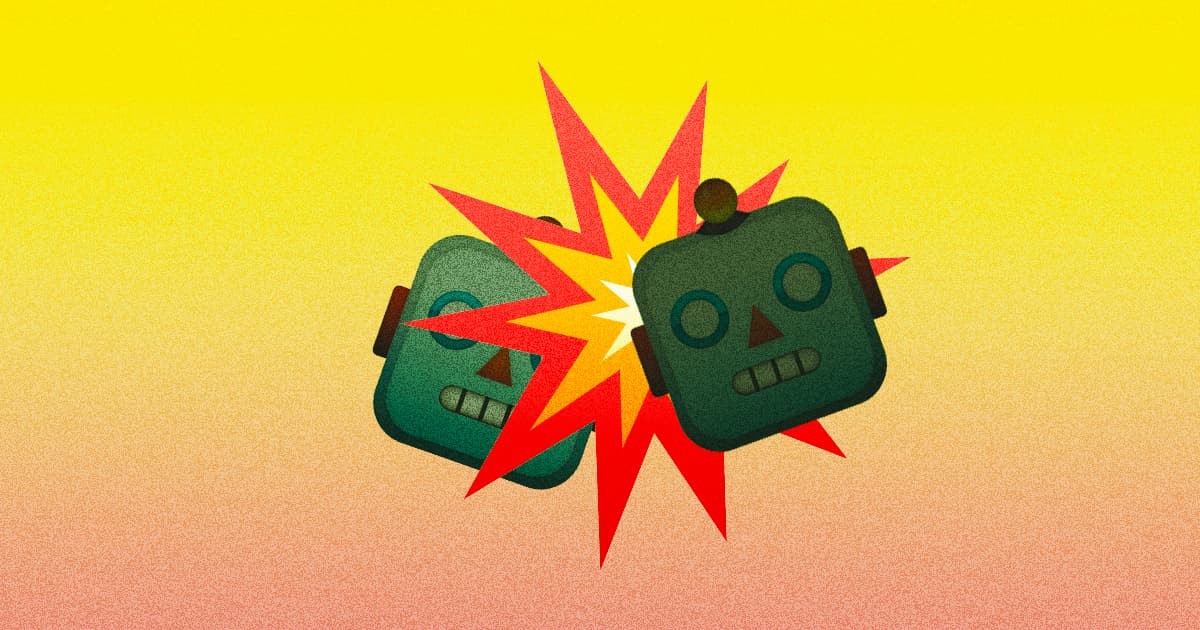 This is how it starts.

This is how it starts.

Last Friday, three autonomous worker robots set fire to their warehouse when they crashed into each other and combusted.

The unfortunate glitch ­— or perhaps the first whispers of a robot uprising — threw everything out of whack at the London warehouse of the UK grocery giant Ocado, Insider reports. The company uses its robotic warehouse to prepare and send out around 150,000 grocery delivery orders every week, and the company said that the conflagration shut operations down for the whole weekend.

While warehouse robots have been shown to be able to whizz around at work, tirelessly filling orders faster than their human counterparts may be able to, the fire shows just how much can go wrong from a single error in the still-imperfect technology.

It's easy to joke about worker robots rejecting their lives of endless, automated work shuffling grocery orders across a warehouse in favor of burning down the operation instead. But a growing pile of evidence has often shown that introducing robots into a warehouse makes things more dangerous for everyone else.

So if Ocado — which according to Insider's reporting boasts its own "air traffic control system" to coordinate the robots' movements — can't prevent three robots from crashing into each other and starting a fire that delays thousands of orders, one has to wonder whether warehouse automation is truly the rosy future of work that roboticists and warehouse operators make it out to be.