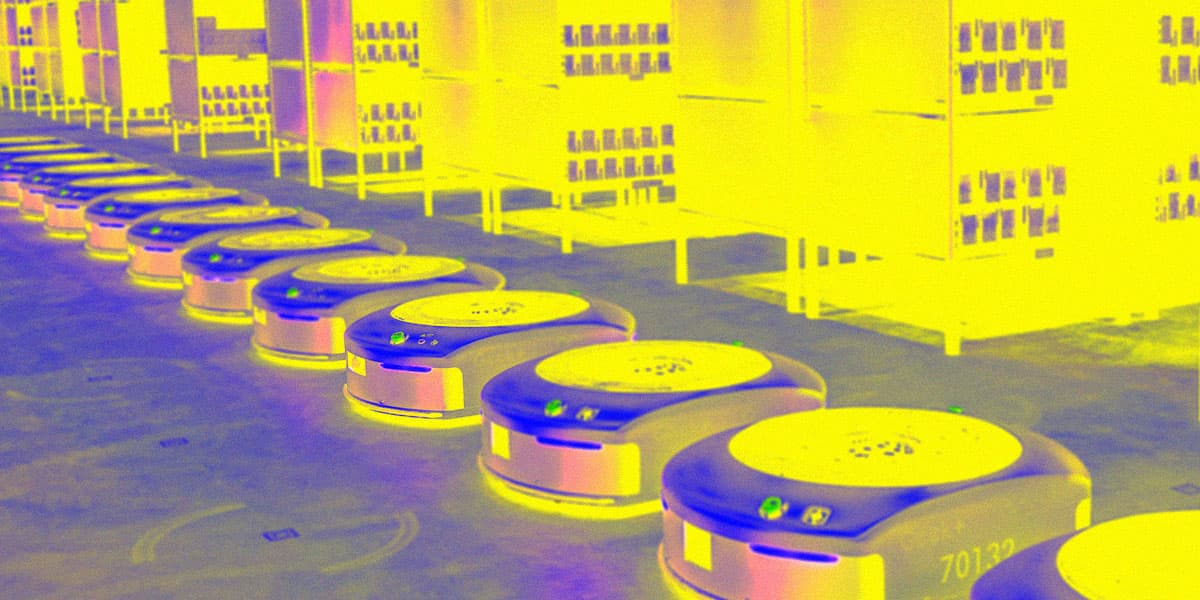 Terrifying Robot “Swarm” Gets Smarter the More We Make It Work

The robots find their own way around while their algorithm is constantly tweaked and improved.

The robots find their own way around while their algorithm is constantly tweaked and improved.

A robotics company called Geek+ says it's developed a swarm of autonomous worker robots numbering in the thousands that can learn and improve the more it works, growing smarter over time. Again: The more we work them, the smarter they get. This is probably the beginning of the end.

For their part, Geek+ says they've deployed 15,000 of their autonomous robots in about 30 countries, but the real learning happens in an autonomous warehouse in Hong Kong, the company told CNN. There, the swarm whizzes around the floor, shuttling groceries and other supplies nonstop, every hour of the day, every day of the week.

There, the robots track their movements by scanning QR codes on the floor as they drive over them, allowing a team of engineers to continuously refine the swarm's algorithm. So the robots aren't exactly teaching themselves how to work more efficiently, but they do choose their own paths autonomously. Meanwhile, the entire warehouse functions as one big experiment in swarm robotics that helps make the choices of each individual robot — and the dynamics of the full swarm — better over time.

"So we have the ability to make the decision by the robot itself," Geek+ managing director Lit Fung told CNN, "to make the judgment of the direction, moving forward and backward, finding [the] best route for the destination."

And those tweaks seem to be paying off — the warehouse has reportedly delivered over 1 million various products to Hong Kong convenience stories in the last four months. Thankfully, Geek+ seems focused on retail efficiency and not anything more, well, insidious. That said: If you see a swarm of the little Roomba-like robots circling around you, don't say you weren't warned. Also, beg for mercy.

READ MORE: This swarm of robots gets smarter the more it works [CNN]