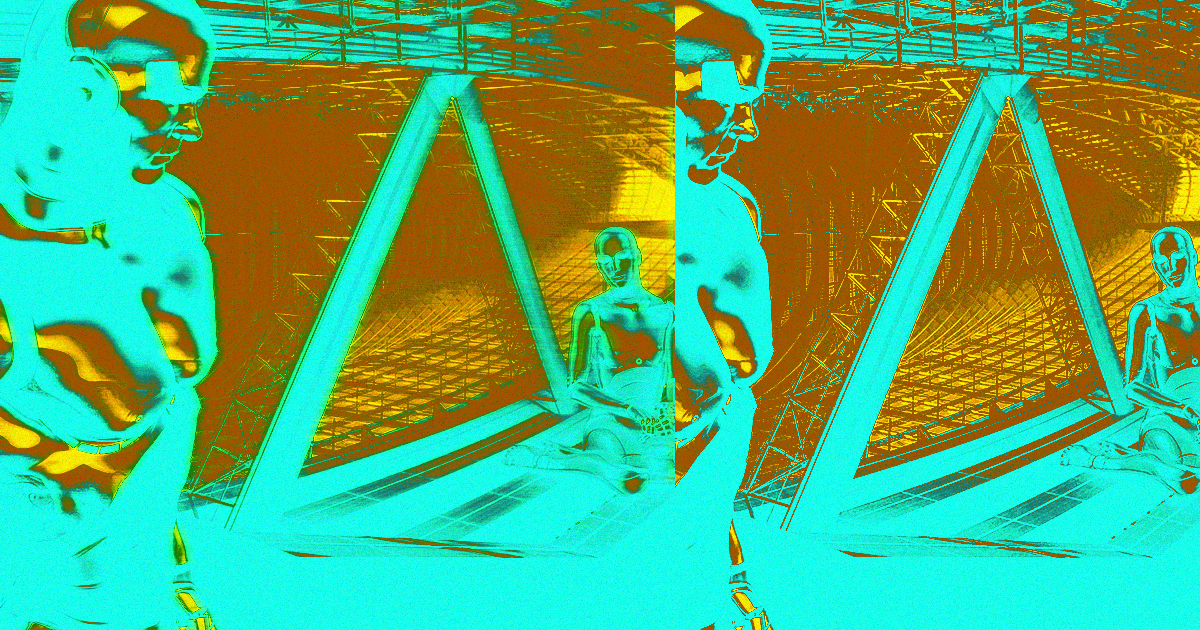 So-called evolutionary roboticists raise the question: why go to the trouble of building a new and improved machine when current robots could do it for you?

The idea invokes a high-tech Darwinism, in which researchers' ultimate goal is to design artificial intelligence and robots that can analyze their own source code and mate with others by combining bits and pieces of their code with that of other robots — to create offspring, much like organic life.

Just like biological life evolves to fill ecological niches, these robots' offspring might be better adapted to their environments. And some research teams, Wired reports, are on their way to making this technology a reality.

Computer scientists at Vrije Universiteit Amsterdam built a simplified system that shows how future robots might swap and combine their "genetic" information.

Their recent research, published in the journal Nature Machine Intelligence and which involved programming two parent robots to code a new "offspring," found that the resulting offspring contain a mixture of the parents' code as well as some modules that seemed to have mutated or been blended on its own.

"It gives you a lot of diversity, and it gives you the power to explore areas of a design space that you wouldn't normally go into," David Howard, one of the scientists on the project, told Wired.

Twenty or so years down the road, Howard envisions that scientists could mass produce cheap robots that go out and attempt to perform a given task — and then "breed" those that are more successful into a new generation of robots that grow increasingly adept at that particular skill.

"One of the things that makes natural evolution powerful is the idea that it can really specialize a creature to an environment," Howard told Wired.

More on robots: This All-Terrain Robot “Teaches” Itself to Walk in a Revolutionary Way

Read This Next
Diner Drama
People Furious at Robot Serving Pancakes at Denny's
Killer Robot Update
Uh Oh, They Strapped a Sniper Rifle to a Robot Dog
Bleep Bloop
Scientists Build "First Living Robots" From Frog Stem Cells
Brands We Love
This LEGO Robot Is the Fun Way to Teach Your Kids About Coding and STEM
Déjà vu
Boston Dynamics Says It'll Sell Robots, But Won't Give Any Details
More on Robots & Machines
From the Dept. of...
Thursday on futurism
The Best Mini Fridges of 2023
Blow Up Doll
Monday on the byte
Ukraine Accuses Russia of Using Inflatable "Dummy Tanks," Which Deflated
FROM THE DEPT. OF...
Monday on futurism
The Best Compost Toilets of 2023
READ MORE STORIES ABOUT / Robots & Machines
Keep up.
Subscribe to our daily newsletter to keep in touch with the subjects shaping our future.
+Social+Newsletter
TopicsAbout UsContact Us
Copyright ©, Camden Media Inc All Rights Reserved. See our User Agreement, Privacy Policy and Data Use Policy. The material on this site may not be reproduced, distributed, transmitted, cached or otherwise used, except with prior written permission of Futurism. Articles may contain affiliate links which enable us to share in the revenue of any purchases made.
Fonts by Typekit and Monotype.