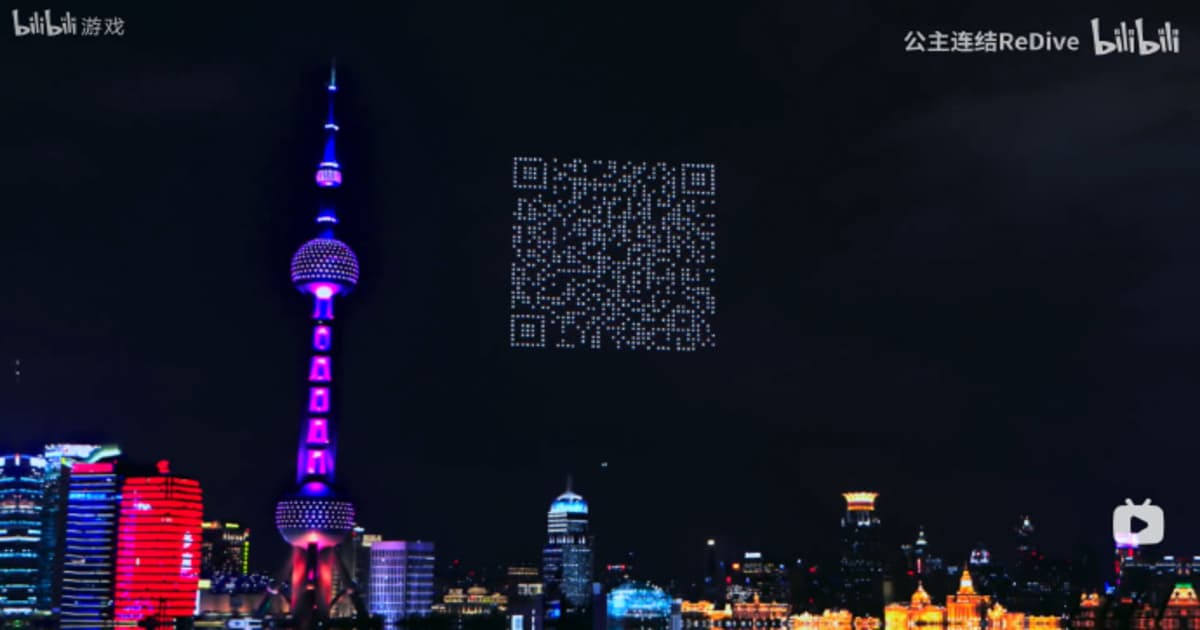 Swarm of Drones Creates Huge QR Code in the Sky

This is the future of advertising.

This is the future of advertising.

As if it wasn’t clear enough that we live in the most boring cyberpunk dystopia imaginable, drones in China took to the skies last Saturday night to form the image of a QR code to promote a video game.

1,500 drones flew over Shanghai to celebrate the first anniversary of the Chinese release of the Japanese video game Princess Connect! Re:Dive, according to The South China Morning Post. Along with the QR code, the drones formed the image of several characters from the game.

The light show was produced by Bilibili, a Chinese video-streaming platform. You can check out a picture of their handiwork below:

A scannable QR code advertisement created by drones above the skies of Shanghai.

If you scan the QR code formed by the drones, it takes you to the homepage of the Princess Connect! Re:Drive website.

We tested it out ourselves and yes, it even works if you’re scanning a photo of the drones forming the code:

The Future of Advertising

Drones have actually been used for advertising for years now. In fact, Uber was employing drones to bother drivers with advertisements in Mexico City as far back as 2016.

China has arguably been the biggest embracer of drone advertising, though. Brands like Hyundai have recently employed more than 3,000 drones to showcase its logo over Shanghai, according to SupChina.

So while we might not have the massive holographic advertisements of Blade Runner (yet), we should expect to see companies employ drone tech to hawk their products more in the future.

More on drones: FBI Investigated Drones That Swarmed Towns in the Midwest