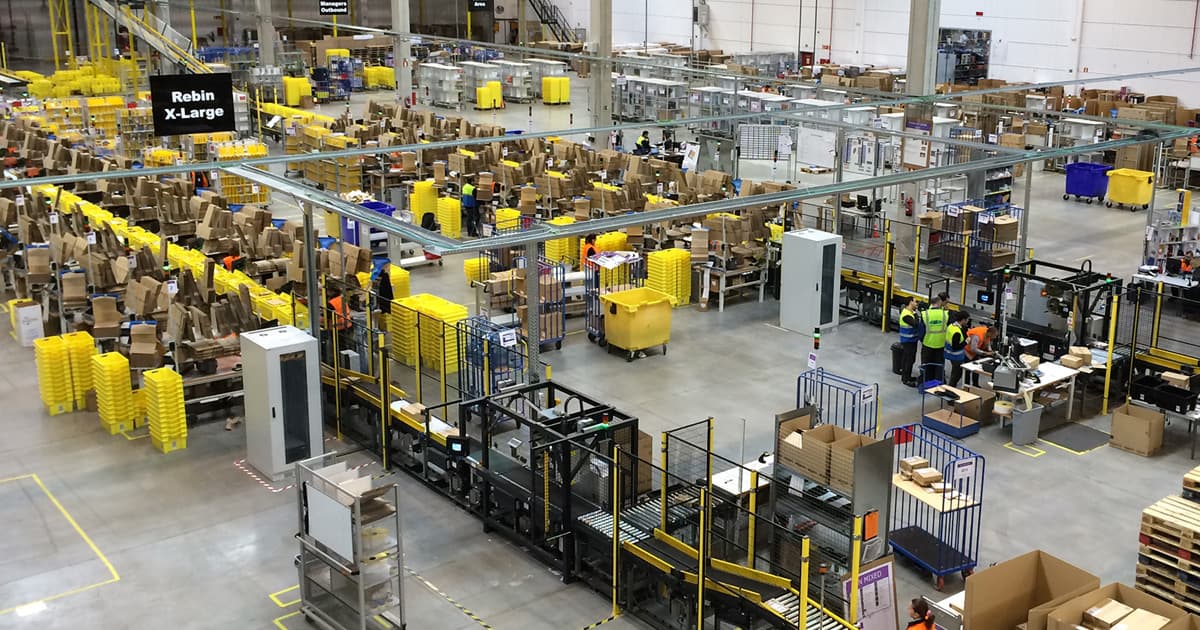 Back in 2018, an Amazon warehouse robot malfunctioned and tore open a can of bear repellent, sending 24 workers to the hospital.

It was a dramatic illustration of an ominous trend: Amazon's warehouses have high rates of serious worker injury, a new investigation reveals — and the number has continued to climb since the online retail giant introduced warehouse robots into the mix.

The revelation comes from a massive trove of internal Amazon documents, acquired by Reveal, that shows that Amazon warehouses are a far more dangerous place to work than the company ever let on. And recent attempts to boost productivity, whether it's increasing worker quotas or deploying more robots, have only made the problem worse.

The data, Reveal reports, supports past claims made by warehouse workers that the robots led Amazon leadership to ramp up worker quotas to the point that just meeting their goals is dangerous for human workers.

Reveal also built a spreadsheet that breaks down injuries by warehouse, so you can go see how dangerous conditions are at the warehouse that services your area.

Over the past four years, Amazon warehouses that rely on robots have had considerably higher rates of workers getting seriously injured on the job than the industry average and its more traditional warehouses. The injury rate at the robot warehouses has increased much faster as well.

Particularly dangerous, in addition to the holiday season, are other major sales events like Prime Day and Cyber Monday, Reveal reports. This flies in the face of Amazon's public claims that injuries actually went down during those periods.

Amazon spokesperson Rachael Lighty declined to answer Reveal's specific questions, providing instead a statement: "Nothing is more important than the health and safety of our teams. So far in 2020, we have committed over $1B in new investments in operations safety measures, ranging from technology investments in safety to masks, gloves, and the enhanced cleaning and sanitization required to protect employees from the spread of COVID-19."

However, despite Amazon's investments and other attempts to curb workplace injuries, the company has repeatedly failed to meet its injury-reduction goals, even when those goals were made less ambitious year after year. On the contrary, injuries continue to climb.

The problem, Reveal reports, is that these investments are made on yet more technological solutions or rarely-enforced safety initiatives rather than easing the dangerous workload Amazon imposes on its staff. Sometimes, managers would even incentivize workers to hide their injuries by offering free pizza for injury-free shifts.

As the robots continued to work faster, humans were expected to keep up, leading to more wear and tear on their bodies and a higher risk of injury. Workers who were previously expected to scan 100 products each hour now have quotas closer to 400.

"We realized early on there was an issue," an anonymous former senior Amazon safety manager told Reveal. "It was just — you're already moving that way at light speed, so how do you take a step back and readjust?"

More on Amazon: After Deaths, Amazon Lands on List of Most Dangerous Employers

Read This Next
Company Town
Amazon Pays for High School Class About How to Be an Amazon Grunt
Deadly Delivery
Amazon Wouldn't Let Driver Stop Deliveries as Tornado Struck
Phone It In
Amazon Under Fire for Workplace Cell Phone Ban After Deadly Warehouse Collapse
RIP
Amazon Says Sad Workers Can Shut Themselves in "Despair Closet"
Satellite Killed the Astronomy Star
Amazon’s Constellation of 3,236 Satellites Has Astronomers Very, Very Freaked Out
More on Future Society
Down in Flames
Yesterday on the byte
Elon Musk Apparently Thinks Twitter Is a "Flaming Dumpster Rolling Down the Street"
All Tomorrow's Pa...
Yesterday on the byte
Party Startup Says It Has Zero Plans to Make Any Money With Investors' Funds
Primate Theft
Tuesday on the byte
It Was a Very Bad Weekend for Monkeys Being Stolen From Zoos, Apparently
READ MORE STORIES ABOUT / Future Society
Keep up.
Subscribe to our daily newsletter to keep in touch with the subjects shaping our future.
+Social+Newsletter
TopicsAbout UsContact Us
Copyright ©, Camden Media Inc All Rights Reserved. See our User Agreement, Privacy Policy and Data Use Policy. The material on this site may not be reproduced, distributed, transmitted, cached or otherwise used, except with prior written permission of Futurism. Articles may contain affiliate links which enable us to share in the revenue of any purchases made.
Fonts by Typekit and Monotype.