This is seriously dystopian. 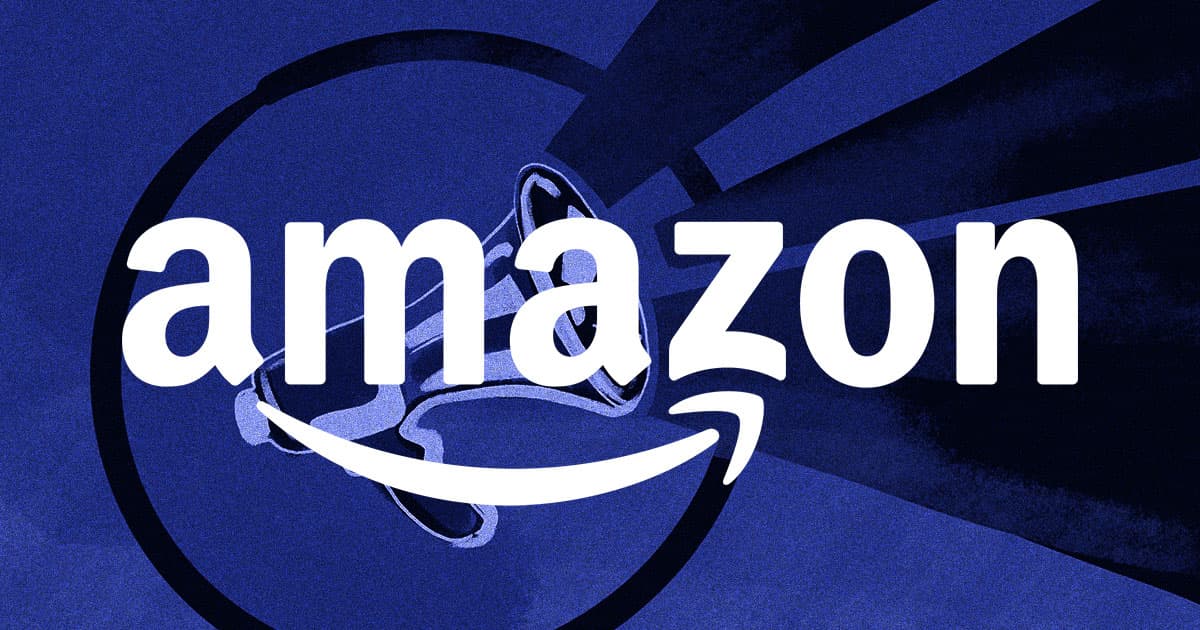 Amazon is quietly funding high school classes that teach students how to work at Amazon, in a California county where it's already the largest employer.

According to documents provided to Motherboard, students at San Bernardino's Cajon High School have been offered a series of "Amazon Pathways" courses sponsored by the company since 2019. The courses feature a curriculum that teaches them, among other things, how to motivate employees without giving them raises, while also increasing worker efficiency.

The $50,000 grant provided to the school also "coaches" Cajon High teachers on "how to establish and develop an effective industry partnership with Amazon," according to the documents obtained by Motherboard. Students enrolled in the classes are also required to do "work-based" internships at Amazon or a different logistics company.

While it's already dystopian enough that Amazon is funding employee training programs for minors inside of a public high school, the location of the school is just as troubling as well. San Bernardino County and the neighboring Riverside County are home to 14 fulfillment centers, two air hubs, and more than 40,000 Amazon employees. The region's employee count has also doubled in just the past four years, Motherboard noted.

While these types of business-sponsored classes are not unusual, it's particularly striking that Amazon is offering grants to kids living in a region where the cost of living is high, while the proportion of Amazon employees relying on government assistance is just as high as well.

Beyond just driving home Amazon's "values" of  "customer obsession" and delivering "results" — words that are painted on the walls of the classrooms — the courses also have lessons on "managing" unions and labor organizing.

Given the company's staunch and obvious anti-union stances and actions, it's an unsettling thing to teach high school kids.

Last year, journalist Erica Hayasaki reported on visiting Cajon's Amazon incubator, tweeting at the time that the classroom was "designed to emulate the inside of an Amazon factory."

According to Hayasaki, students were even encouraged to wear polos that resemble uniforms.

On a class wall, Amazon’s giant logo grinned across a yellow and green banner. The words “CUSTOMER OBSESSION” and “DELIVER RESULTS” were painted against a corporate-style yellow backdrop. Each teenager wore a company golf shirt emblazoned with the Amazon logo.

While everything described in the documents Motherboard obtained is legally above-board, the courses are arguably as ethically dubious as the military recruiting at high schools. That practice has already been under close scrutiny for decades with reports revealing how recruiters target students from poor backgrounds.

Eric Nilsson, an economics professor at Cal State University San Bernardino — one of the institutions that helped develop the curriculum — told Motherboard that it's "concerning" students are essentially being exposed to Amazon propaganda inside what he called "a shrine to Amazon."

Though it's not Amazon's first foray into education — the company has sponsored multiple STEM-boosting programs in middle and high schools, it's unique in that it teaches students specifically about how to work for Amazon in an area where the company has already saturated the job market.

It's all very reminiscent of  the 2018 surrealist black comedy "Sorry to Bother You" — but instead of company towns, Amazon is building company education.

We can't say we weren't warned.

More Amazon insanity: Amazon is Quietly Researching How to Block the Sun

Read This Next
Don't Look Away
College Students Say Crying In Exams Activates "Cheating" Eye Tracker Software
Deadly Delivery
Amazon Wouldn't Let Driver Stop Deliveries as Tornado Struck
Phone It In
Amazon Under Fire for Workplace Cell Phone Ban After Deadly Warehouse Collapse
RIP
Amazon Says Sad Workers Can Shut Themselves in "Despair Closet"
Workplace Cruelty
Injuries Went Up When Amazon Deployed Warehouse Robots
More on Future Society
I Silence Thee
Jan 28 on futurism
Leaked Messages Seem to Show Elon Musk Using Twitter to Punish His Enemies
Gas Giant
Jan 27 on the byte
Journalist Eats Lab-Grown Chicken, Gets "Weirdly Gassy"
Musk Rats
Jan 26 on the byte
Twitter Is Quietly Re-Suspending the Lunatics Elon Musk Let Back On
READ MORE STORIES ABOUT / Future Society
Keep up.
Subscribe to our daily newsletter to keep in touch with the subjects shaping our future.
+Social+Newsletter
TopicsAbout UsContact Us
Copyright ©, Camden Media Inc All Rights Reserved. See our User Agreement, Privacy Policy and Data Use Policy. The material on this site may not be reproduced, distributed, transmitted, cached or otherwise used, except with prior written permission of Futurism. Articles may contain affiliate links which enable us to share in the revenue of any purchases made.
Fonts by Typekit and Monotype.