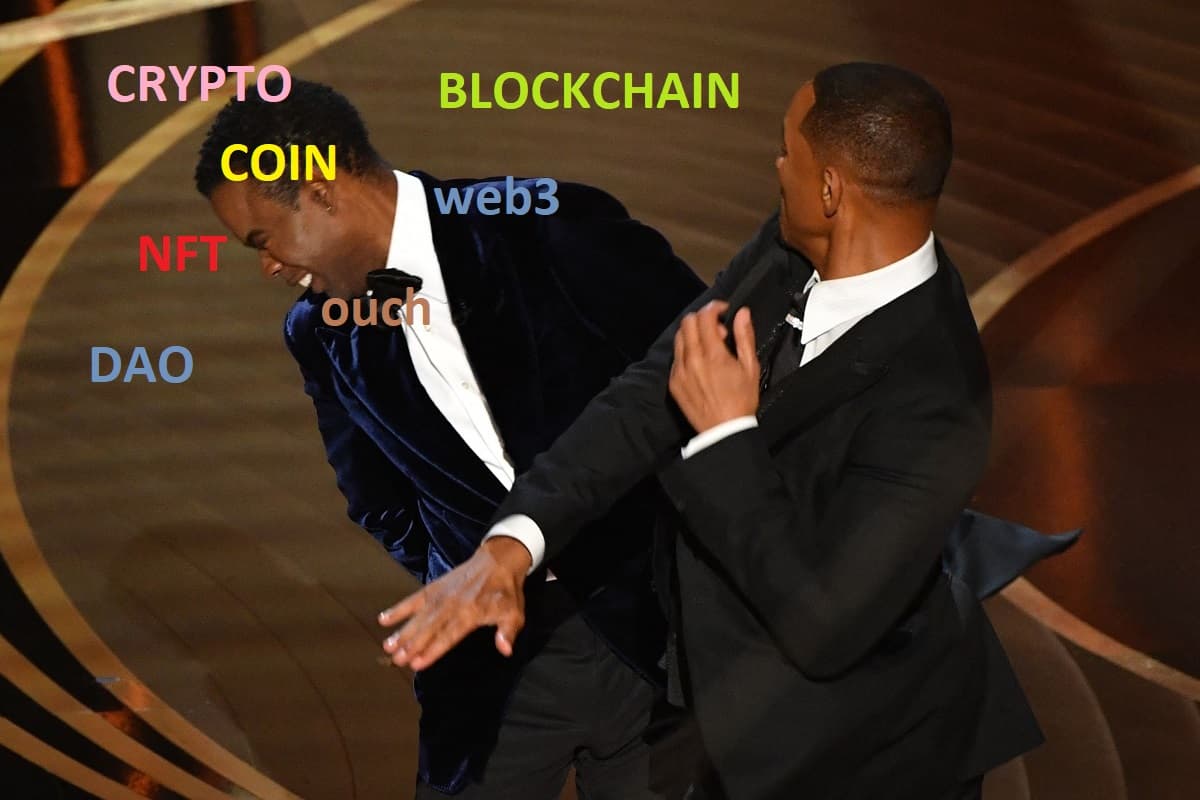 Is this giving anyone a headache?

Is this giving anyone a headache?

Because it's 2022, and every meme and cringeworthy moment apparently deserves to be immortalized on the blockchain, it looks like actor Will Smith's Academy Awards confrontation with comedian Chris Rock has already hit the dubious world of web3.

As spotted by Fortune, there are already several projects cashing in on the drama. A Will Smith Inu coin — translated into English, that's an aging and Elon Musk-inflected reference to Dogecoin's mascot, the dog breed known as a Shiba Inu — has already spiked more than a thousand percent in value since launching the morning after the Oscars. And even more on the pulse of contemporaneous cash grabs is a "Will Smith Slap" collection of NFTs that's already moving serious volume.

Needless to say, it's tough to make an argument that either of those projects — or the countless similar also-rans that now inevitably pop up after seemingly every splashy cultural moment — are bringing anything technologically or entrepreneurially new to the world of blockchain, business, or art.

That's not to say that interesting blockchain projects don't exist. But on meme and current events-driven projects, buyer beware. After all, a new analysis showed that the majority of NFT drops flop.

More on NFTs: NFT Buyers Furious After Art They Spent $70 Million on Turned Out to Be Completely Hideous

Web Gris
Blockchain Guy Struggles to Explain a Single Practical Use for Web3
Jun 16
Read More
Cope Springs Eternal
Financial Planner Desperately Explains to Clients Why the Bitcoin Crash Is Good, Actually
Jun 14
Read More
Stealing Apes
Someone Stole the Ape NFT That Was Supposed to Star in a New TV Show
May 25
Read More
+Social+Newsletter
TopicsAbout UsContact Us
Copyright ©, Camden Media Inc All Rights Reserved. See our User Agreement, Privacy Policy and Data Use Policy. The material on this site may not be reproduced, distributed, transmitted, cached or otherwise used, except with prior written permission of Futurism. Fonts by Typekit and Monotype.