The Slappening
Mar 28 / by Jon Christian

Can You Die From Getting Slapped Too Hard? 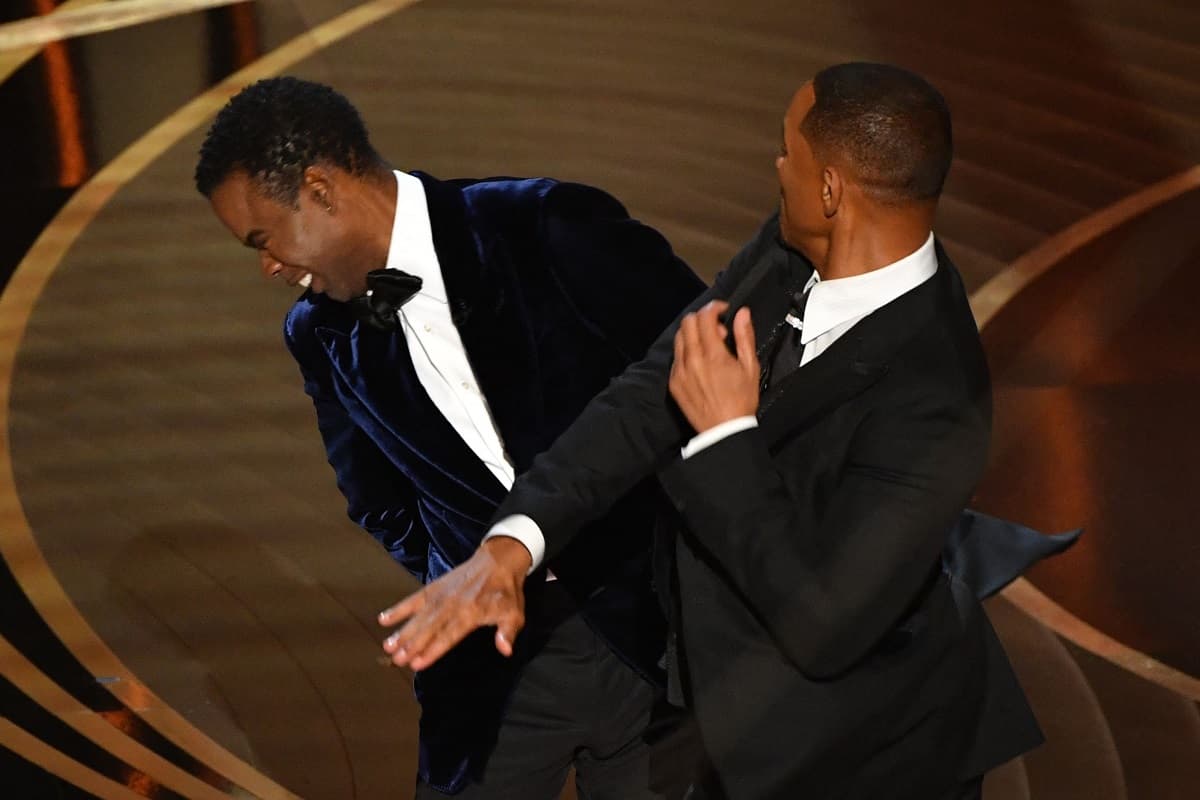 It was the slap heard round the world. The perfect "Fresh Prince" reference. The slappening.

But let's back up. Last night, the Academy Awards took a momentary break from celebrating the world of not-very-popular-films, treating audiences to some genuine drama when "King Richard" star Will Smith took offense at a tasteless joke by host Chris Rock, strode on stage, and unloaded what looked — and sounded — like a pretty solid slap straight across Rock's face. Here's footage, for anyone who skipped the show last night:

The blow certainly sounded pretty percussive. But was Rock in any mortal danger?

It depends who you ask. Writer and director Judd Apatow, for one, tweeted that the slap "could have killed" Rock, calling it "out of control rage and violence" — but later deleted the tweet after a wave of mockery.

"Will Smith could have killed him with that slap," one onlooker quipped. "What if his hand had been full of bees and Chris Rock was allergic to bees and one of the bees stung Chris and nobody had an epipen. Not so funny now is it."

Would it take furious bees to bring about Rock's demise? Let's examine the science.

On the level of pure physics, it almost certainly is possible to kill someone with a sufficiently vigorous slap. Simulations have shown, after all, that a slap delivered at a speed of 3,725 miles per hour would be sufficient to cook an entire chicken in one blow. Needless to say, the chicken — which, give or take, probably has approximately the same physical attributes as a human head — would be completely obliterated by the ordeal.

You can cook a chicken by slapping it at 3725.95 mph, an impossible task by any human means.
If you do succeed however, you will not only cook the chicken but also decimate its entire structure, causing a violent explosion.

This is a simulation of the slap using FEA. pic.twitter.com/QDjEbcuQnq

But Smith, though he certainly does appear to be able to dish it out, probably can't summon up a blow with quite that much velocity. Even a boxer in top form, scientists have previously found using professional biomechanics equipment, is only able to swing at around 32 miles per hour.

So Rock certainly wasn't about to get cooked on stage. But what about mere blunt force trauma?

Perhaps surprisingly, there does appear to be a significant medical record of people tragically dying after being slapped.

In 2017, for instance, medical examiners in Georgia reported that a man had perished after suffering an open handed slap to the face that ruptured arteries, leading to a fatal brain bleed. In 2014, a Canadian man served prison time for slapping his 13-year-old daughter so hard that she died. The same year, a New York teen slapped an Italian tourist so hard that he died. And a medical case study from 2015 describes a septuagenarian woman who died following a slap to the cheek.

Slapping deaths are sometimes wrapped up in the controversial world of alternative medicine. In 2016, British police detained several suspects after a woman died at an alternative medicine event that purported to "cleanse toxins" via slapping (and in 2019, the same "healer" who led that workshop was imprisoned in Australia for yet another slapping death.)

Sometimes the circumstances are extenuating or bizarre.

In 2020, for instance, a passenger in a minivan leaned out the window to slap a bicyclist, leading to the cyclist's death, but also fell out the vehicle's window himself, meaning that both the victim and the perpetrator died. And the same year, a former army officer in the United Kingdom passed away after playing a "slapping game" with his son, with authorities saying that it appeared that the blow had knocked the victim fell to the ground, where he suffered a "catastrophic brain injury" — although, of course, the slap was still the proximate cause of the death.

The conclusion? Yes, slapping can be a serious assault that can even lead to death.

At the same time, it's important to consider the relative risk. Countless people get slapped worldwide every year, leading to what appears to be only a trickle of headline-worthy fatalities. That's in comparison to other types of violent crime, like shootings — which kill tens of thousands of Americans per year — or blunt force trauma stemming from more conventional physical attacks.

So while Apatow may have technically been correct that there is some mortal risk in the average slapping, Rock's probability of death or serious injury from the blow was almost certainly slim.

It's also worth pointing out that while Rock did seem moderately speechless after the thwack, it seemed more from the shock of what had just happened than any serious physical incapacitation — so, while the microphone did pick up a sickening smack when the palm landed, it's entirely possible that the veteran actor Smith delivered the blow to maximize drama without causing much harm (it's also possible, some have suggested, that the whole thing was a publicity stunt.)

In any case, it seems like Smith and Rock are trying to pick up the pieces after the fracas. The LAPD said that Rock had declined to file a police report, and Page Six is reporting that the pair are planning to "work out their issues" following the wallop.

And in the meantime, the rest of us are probably going to have to suffer through weeks of takes and memes.

More on violence: What if You Got Punched By a Fist Moving at the Speed of Light?