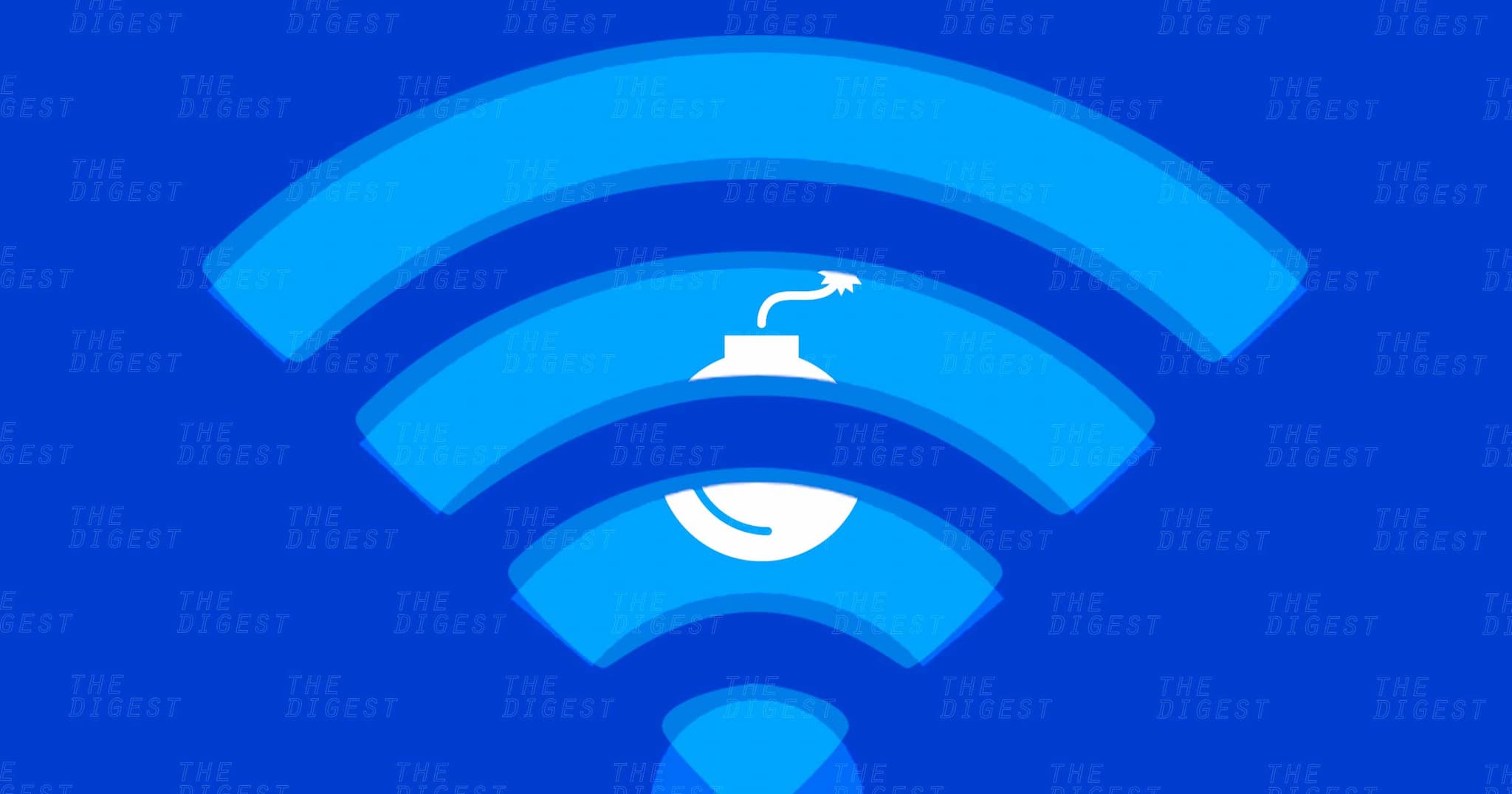 Wi-Fi can do more than just connect you to the internet.

Wi-Fi can do more than just connect you to the internet.

WI-FI FOR GOOD. You probably use Wi-Fi on the regular to connect your smartphone, computer, or other electronic device to the glory of the world wide web. But soon, that same technology could also keep you safe in real-life public areas.

According to a peer-reviewed study led by researchers from Rutgers University-New Brunswick, ordinary Wi-Fi can effectively and cheaply detect weapons, bombs, or explosive chemicals contained within bags.

The study earned the researchers a best paper award at the 2018 IEEE Conference on Communications and Network Security, which focused solely on cybersecurity.

DETECTING DANGER. According to the researchers’ paper, most dangerous objects contain metals or liquids. Those materials interfere with Wi-Fi signals in a way that researchers can detect. And the baggage a person might use to contain a bomb, weapon, or explosive device is typically made of materials — paper or fiber, often — through which Wi-Fi signals pass easily.

For their study, the researchers built a Wi-Fi weapon detection system that could analyze what happened to Wi-Fi signals as they encountered a nearby object or material. When they tested their system on 15 types of objects and six types of bags, they found that it could distinguish dangerous objects from non-dangerous ones 99 percent of the time. It could identify 90 percent of dangerous materials, accurately identifying metals 98 percent of the time, and liquids 95 percent of the time.

The bag the object was in presented another variable. If the object was in a standard backpack, the system could detect that object with a 95 percent accuracy rate. If it was wrapped in something else before being put in the bag, though, that figure dropped to 90 percent.

PUBLIC SAFETY. Currently, most airports in the U.S. use X-ray or CT scanning technology to check luggage for suspicious items. These instruments are expensive and hard to implement in large public areas. So many security teams in public venues have to rely on manual bag checks, even though they aren’t always as effective.

“In large public areas, it’s hard to set up expensive screening infrastructure like what’s in airports,” study co-author Yingying (Jennifer) Chen said in a press release. “Manpower is always needed to check bags, and we wanted to develop a complementary method to try to reduce manpower.”

For now, the team plans to focus on improving the accuracy of its Wi-Fi weapon detection system so that it can better detect an object’s shape, and modifying it to estimate the volume of liquids contained within bags. Eventually, it could become a standard security measure at festivals, sporting events, and other potential targets for terrorism.

READ MORE: Wi-Fi Could Be Used to Detect Weapons and Bombs [BBC]

More on airport security: Nobody Likes Airport Security, Here’s How AI and Video Can Fix That

Harvard Fraud
Scammers Are Creating Fake Students on Harvard.edu and Using Them to Shill Brands
10. 30. 21
Read More
Eye on You
Google Wins Lawsuit Over Facial Recognition Technology
12. 30. 18
Read More
oh, (big) brother
Big Tech Splits Over Privacy Issues, at Least on the Surface.
10. 24. 18
Read More
+Social+Newsletter
TopicsAbout UsContact Us
Copyright ©, Camden Media Inc All Rights Reserved. See our User Agreement, Privacy Policy and Data Use Policy. The material on this site may not be reproduced, distributed, transmitted, cached or otherwise used, except with prior written permission of Futurism. Fonts by Typekit and Monotype.