Redditors spent the night zooming and enhancing, and they found some pretty interesting design features. 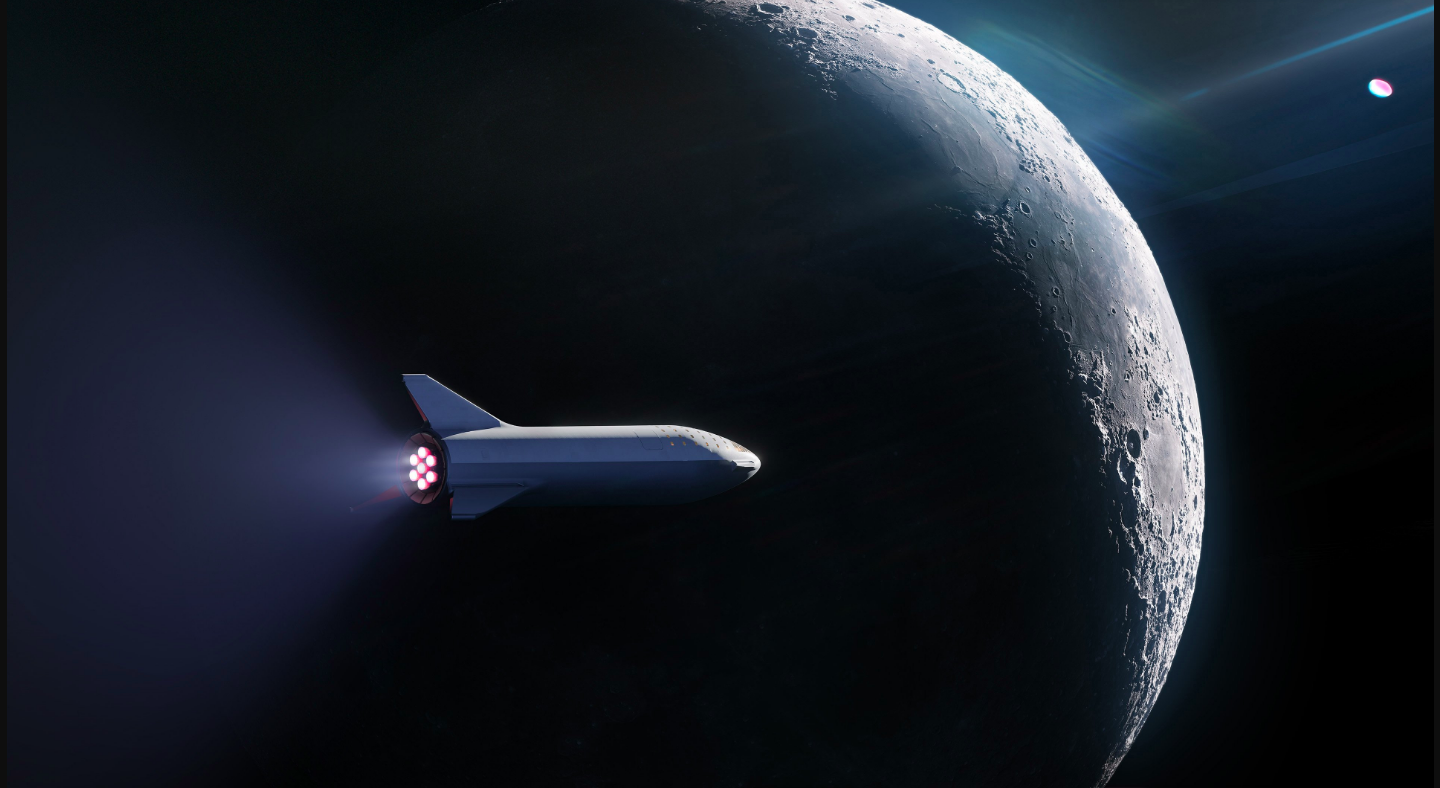 Last night, SpaceX tweeted something we already knew: the company has signed the first private passenger to fly around the Moon. More new information is on the horizon — we'll get to find out who that passenger is on Monday — but until then, the tweet included something pretty exciting for the more detail-oriented among us: a brand new rendering of the Big Big Falcon Rocket (BFR).

SpaceX has signed the world’s first private passenger to fly around the Moon aboard our BFR launch vehicle—an important step toward enabling access for everyday people who dream of traveling to space. Find out who’s flying and why on Monday, September 17. pic.twitter.com/64z4rygYhk

Musk did indeed confirm that the rendering is new. It's the first update on the design since the BFR was announced in 2017. And the tweet also notes that the BFR is going to be the craft to fly that passenger to infinity and beyond, instead of the Falcon Heavy as was originally planned. The mission itself, so far, is the same: take a loop around the Moon before returning to Earth.

The BFR consists of a rocket and spaceship (the Big Falcon Spaceship). But the rendering shows a number of features that we didn't know anything about. Reddit sleuths spent the night enhancing, cropping, and investigating. Here's some of what they came up with.

Editor's Note: Reddit comments have been edited for clarity and brevity.

If you zoom in on the two delta wings / fins at the rear, it appears they can rotate up and down. There's sort of a hinge against the body. Wonder if they will be flat against the body at launch, Dream Chaser style? Or just for use as control surfaces? Maybe they will just rotate up slightly for reentry. Edit: another option could be that they move during final landing approach (in atmosphere) for precision landing control - sort of like the lower fins on the New Glenn booster.

Its not a control surface style hinge. Looks more like in vertical mode the three fins are symmetrical, 120 degrees. In landing mode I guess, two fins on the bottom flatten out or go dihedral for a classic plane config.

I did a quick edit and increased the exposure and it definitely looks like the closest wing is hinged while the top wing is fixed. Here's a crop of just the wings.

The new radial fin design is surprising, because most reentry vehicles have flat or convex bottoms, whereas those fines are going to make the heat shield concave. I'm no expert, but that seems like it might cause some problems.

The engine configuration is also radically different. They've gone from four vacuum engines and two (later changed to three iIRC) surface level engines, two seven engines which look pretty much identical, which suggests they must all be optimized for the same pressure (closer to surface level it would seem from a quick comparison to the old design). That seems really odd given the second stage mostly does its burns in near vacuum.

Maybe they implemented the concept of retractable nozzles? They could use this only for departing to Mars and the other BFS ships won't have it.

I saw someone on /r/SpaceXMasterrace speculate that the sort of tiled skirt thing around the engines might be some form of extendible "secondary nozzle," which could allow the Rvacs to be used even down to sea level with more or less the same Isp as the sea-level raptor.

Yes, and additionally, the engine nozzles seem to have been moved deeper into the spaceship. In the first version they were protruding, now, they are inside some kind of dish lined probably with heat shields. My guess would be that this is perhaps to better protect the engines during landings from flying debris? Or does it perhaps act as a better heat shield when entering the atmosphere?

So when will a passenger actually board this spectacular craft for a Moon loop? In short, it'll be a while. The BFR still hasn't undergone all of the necessary testing, so The Wall Street Journal reports the spacecraft might still be at least a year or two from an initial test flight. Ars Technica speculates we're look at a date closer to late 2023 at the very earliest.

But there's a good chance we'll find out sooner if these redditors are right. Perhaps even on Monday when SpaceX will make its announcement noted in the tweet (check its livestream here).

More on the BFR: Elon Musk Has a Plan to Get You Anywhere on Earth in An Hour

Read This Next
Makeover Scene
Space Tourist Says He's Thinking About Flying SpaceX Craft Up to Fix Hubble
Grain of Salt
There's a Huge Problem With Elon Musk's Promise to Bring Starlink to Iran
Sluggo Mode
SpaceX Has a Major Problem With Its Starlink Internet Connections
Dumpster Fire
SpaceX Tested Starship's Engines and Accidentally Caused a Large Fire
Classified
Here's What the Former Head of NASA Has to Say About the Moon Mission Delay
More on Off World
Cubesat Death
Yesterday on the byte
Another Satellite Released by NASA's Artemis I Just Croaked
Kilonova Blast
Yesterday on futurism
Staggering Galactic Explosion Blamed on Black Hole Collision
Little Boxes
Yesterday on futurism
One Silly Little Detail Is Reportedly Delaying Artemis II by Years
READ MORE STORIES ABOUT / Off World
Keep up.
Subscribe to our daily newsletter to keep in touch with the subjects shaping our future.
+Social+Newsletter
TopicsAbout UsContact Us
Copyright ©, Camden Media Inc All Rights Reserved. See our User Agreement, Privacy Policy and Data Use Policy. The material on this site may not be reproduced, distributed, transmitted, cached or otherwise used, except with prior written permission of Futurism. Articles may contain affiliate links which enable us to share in the revenue of any purchases made.
Fonts by Typekit and Monotype.