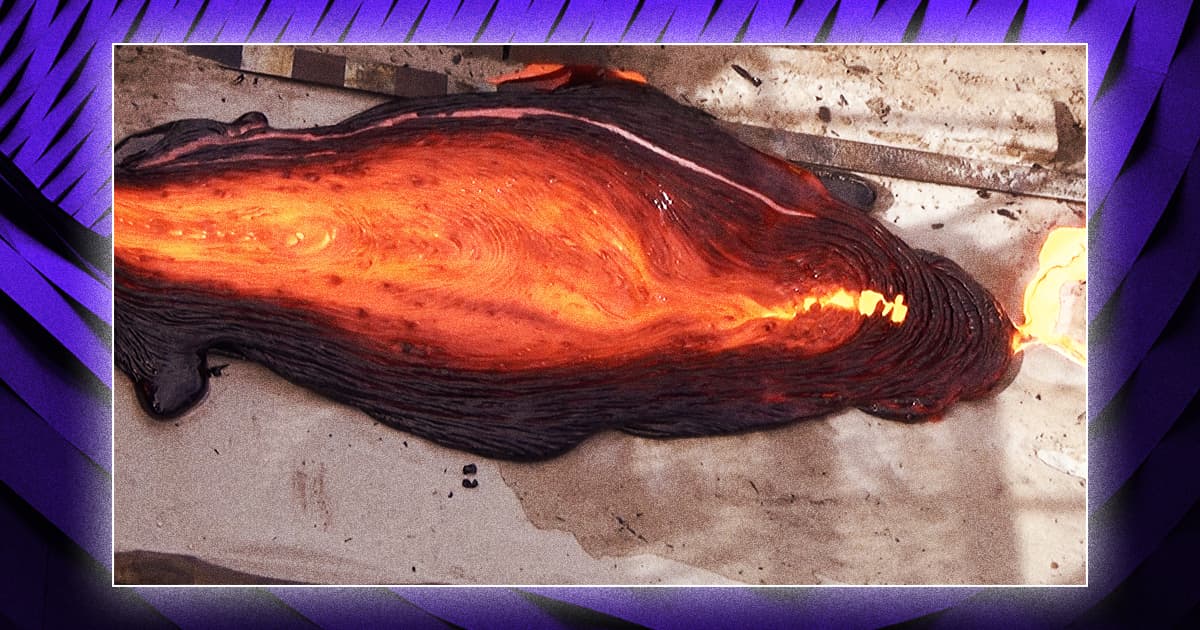 We've never seen a metal volcano erupt, so scientists built one in their lab.

We've never seen a metal volcano erupt, so scientists built one in their lab.

A team of scientists is hard at work on an important project: Figuring out what a volcano made of metal instead of rock would look like.

Scientists have never seen ferrovolcanism — the eruption of a metal volcano — in action, so they had to build their own in a lab. What they found was that the iron magma flowed faster and farther than rock, according to the research that the North Caroline State University scientists published in the journal Nature Communications on Wednesday. Aside from being downright cool (more on that later), the study could go along way in explaining how metallic exoplanets and asteroids became the way they are today.

If you think of a towering rocky volcano like the ones we have on Earth as a magnificent sand castle on the beach, then an iron volcano, like those that erupted on the asteroid Psyche, would look like the sad lump of sand that's left after a few waves roll over it.

In the lab's recreation of a metal volcano, the scientists found that metal magma flowed ten times faster and dispersed in shallower channels than rock, preventing any towering mountains from forming. For reference, you can watch them try it out — and see streaks of metal separate from rock — here.

Of course, these experiments are just the best approximation of a metal volcano scientists could model today. The dynamics of a distant world or asteroid are likely far more complex, but at least this gives scientists a reasonable frame of reference as they probe the cosmos.

"When we look at images of worlds unlike ours, we still use what happens on Earth — like evidence of volcanic eruptions — to interpret them," lead study author and NC State marine, earth and atmospheric scientist Arianna Soldati said in a press release. "However, we don't have widespread metallic volcanism on Earth, so we must imagine what those volcanic processes might look like on other worlds so that we can interpret images correctly."