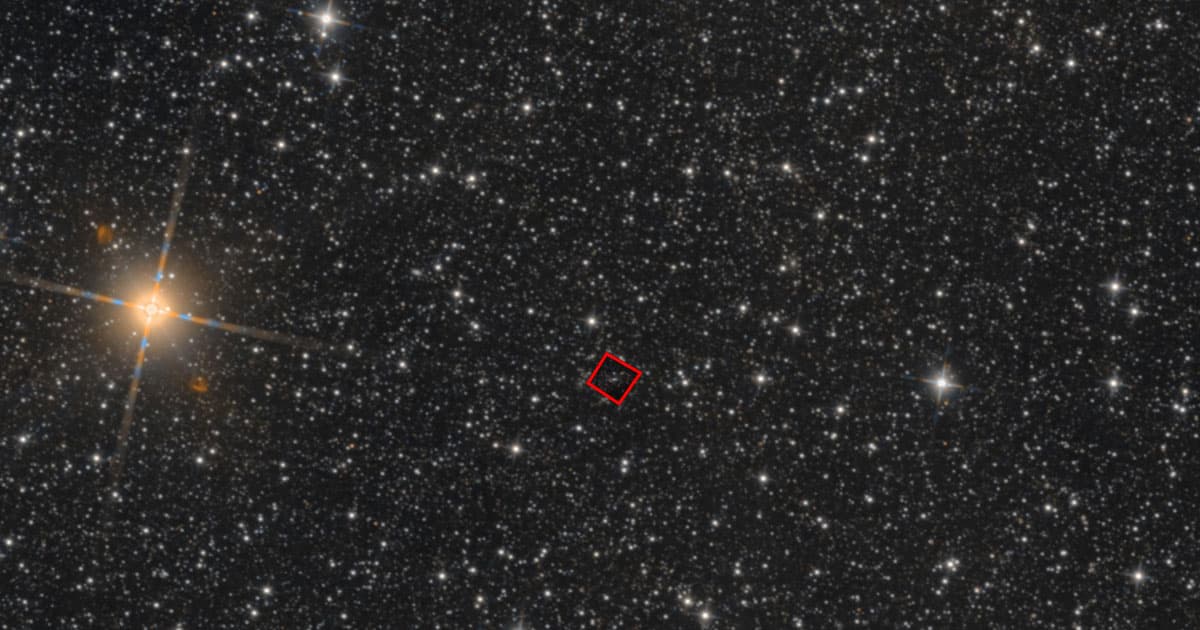 The first photo from the James Webb Space Telescope is already awe-inspiring enough — but zooming out will give you a sense of the absolutely jaw-dropping scale of it.

In the wake of the Webb's historic drop this week, the American Astronomical Society (AAS) released an interactive sky map, via its WorldWide Telescope (WWT), that allows users to zoom in and out of the part of space captured by the JWST, in one of the most stunning space tableaus imaginable. Remember, those aren't stars — they're galaxies, crystal clear in just a tiny slice of the sky.

As the AAS noted in a response, the zoomed-out image includes a "blurry" background because it came from NASA's Wide-field Infrared Survey Explorer (WISE), an Explorer-era infrared telescope launched in 2009 and reactivated in 2013.

Initially launched by Microsoft Research in 2008, briefly owned by GitHub, and now run by the AAS, the open-source WWT's old-school interface contains incredible tools to explore the known universe using data and photographs from tons of space telescopes, with Webb being the latest among them.

While posting a video demonstrating the WWT's incredible zoom in-and-out action that rivals 1977's legendary "Powers of 10" mini-documentary, Harvard Astronomy Professor Alyssa Goodman suggested that she wished NASA "had shown the image this way" — and given how royally it fumbled the bag on the Webb rollout, it's hard to disagree.

Here's a 1-minute video showing--in the words of visualization hero @EdwardTufte--the "compared to what" factor for today's amazing @NASAWebb image. Thanks to the @WWTelescope for making this possible, and @ADavidWeigel. I only wish @NASA and @POTUS had shown the image this way! https://t.co/ThqLJqCUMa pic.twitter.com/4Yd6CIRcst

Updated to remove incorrect reference to the creators of "Power of Ten."