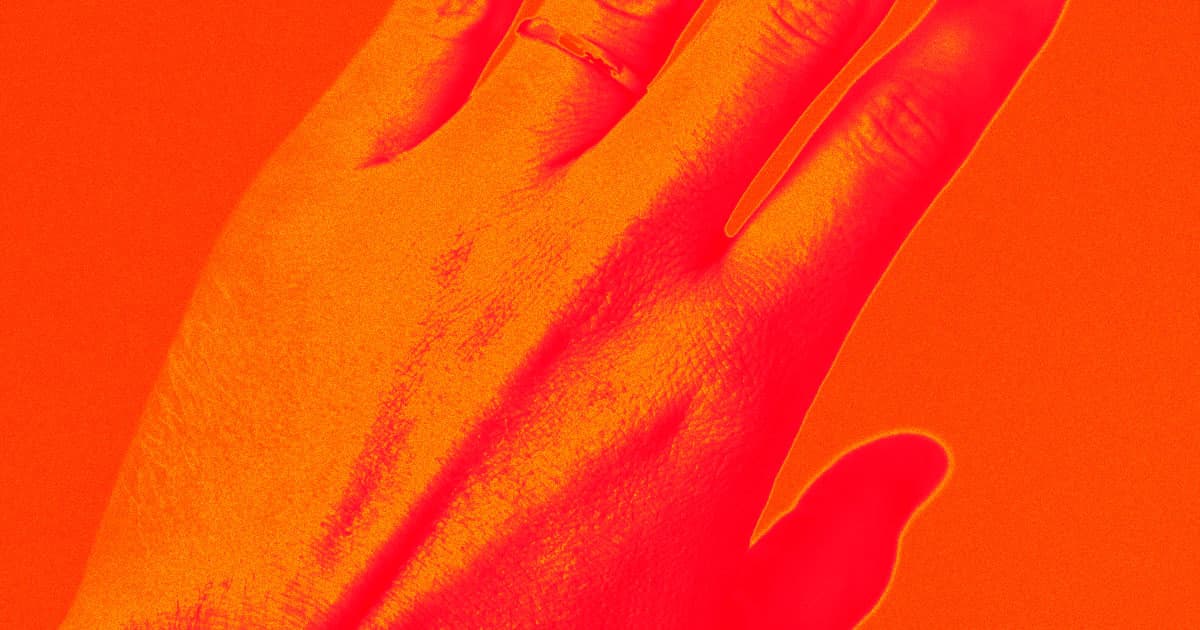 New Wearables Can Be Printed Directly Onto Skin

A team of scientists developed new wearable sensors that can be manufactured directly onto someone's skin — without burning the recipient in the process.

Typically, manufacturing wearable circuits — flexible sensors or devices that fit and stick to the skin — requires a lot of heat. By finding a way to fabricate them at room temperature, as described in research published in the journal ACS Applied Materials & Interfaces, the Penn State University scientists behind the technique hope to develop new medical sensors that are a much better fit for the individual patient.

The process of sintering, or bonding the metals that make up the flexible circuits, usually happens at 572 degrees Fahrenheit.

"The skin surface cannot withstand such a high temperature, obviously," Penn State engineer and lead author Hanyu "Larry" Cheng said in a press release. "To get around this limitation, we proposed a sintering aid layer — something that would not hurt the skin and could help the material sinter together at a lower temperature."

Cheng and his team were gradually able to lower the sintering heat down to room temperature by mixing in compounds like polyvinyl alcohol paste, the main ingredient in skincare face masks.

The end result is medical sensors, specifically tailored to a person's body, that can be easily rinsed away with warm water.

More on wearable sensors: Google Is Working on Tattoos That Turn Your Body Into a Touchpad

FROM THE DEPT. OF THINGS TO BUY
The Best Smart Glasses for 2022
Oct 18
Read More
FROM THE DEPT. OF THINGS TO BUY
How to Recycle Electronics
Jul 16
Read More
It Puts the Wearable on the Skin
This Wearable Uses Your Body Heat as an Energy Source
2. 23. 21
Read More
+Social+Newsletter
TopicsAbout UsContact Us
Copyright ©, Camden Media Inc All Rights Reserved. See our User Agreement, Privacy Policy and Data Use Policy. The material on this site may not be reproduced, distributed, transmitted, cached or otherwise used, except with prior written permission of Futurism. Articles may contain affiliate links which enable us to share in the revenue of any purchases made.
Fonts by Typekit and Monotype.