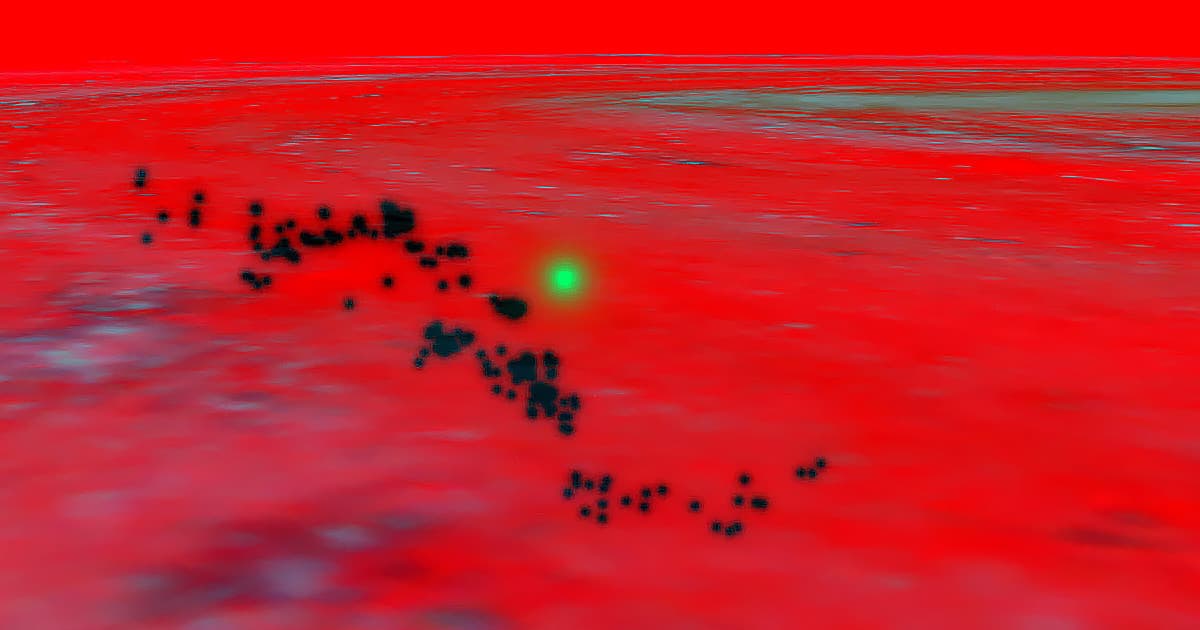 Wave of "Stellar Nurseries" May Be Our Galaxy’s Biggest Structure

The unbroken stream of gas, dust, and young stars is 9,000 light-years long.

The unbroken stream of gas, dust, and young stars is 9,000 light-years long.

Astronomers have discovered that the Milky Way is home to an unbroken stream of gas, dust, and young stars 9,000 light-years long — and not only is it the largest gaseous structure in our galaxy, but it's also essentially right next door to our own solar system.

"The [S]un lies only 500 light-years from the [Radcliffe] Wave at its closest point," researcher João Alves said in a press release. "It’s been right in front of our eyes all the time, but we couldn’t see it until now."

For the study, published on Tuesday in the journal Nature, the researchers combined data collected by the Gaia spacecraft with other measurements to create a three-dimensional map of the Milky Way's interstellar matter.

This led to the discovery of the Radcliffe Wave, which includes approximately 800 million stars, as well as many areas of active star-forming gas, also known as "stellar nurseries."

“No astronomer expected that we live next to a giant, wave-like collection of gas — or that it forms the local arm of the Milky Way," researcher Alyssa Goodman said in the press release, adding that "the Wave’s very existence is forcing us to rethink our understanding of the Milky Way’s 3D structure."

More on the Milky Way: Check out This Incredibly Beautiful New Image of Our Home Galaxy

The Last Strand
Scientists Puzzled by Weird "Strands" at the Center of Our Galaxy
Jan 26
Read More
Shooting Blanks
Astronomers Detect "Bullets" of Gas Shooting Out of Our Galactic Center
8. 20. 20
Read More
Really Really Really Old
Astronomers Puzzled By Ancient Milky Way-Like Galaxy 12 Billion Light-Years Away
8. 13. 20
Read More
+Social+Newsletter
TopicsAbout UsContact Us
Copyright ©, Camden Media Inc All Rights Reserved. See our User Agreement, Privacy Policy and Data Use Policy. The material on this site may not be reproduced, distributed, transmitted, cached or otherwise used, except with prior written permission of Futurism. Fonts by Typekit and Monotype.