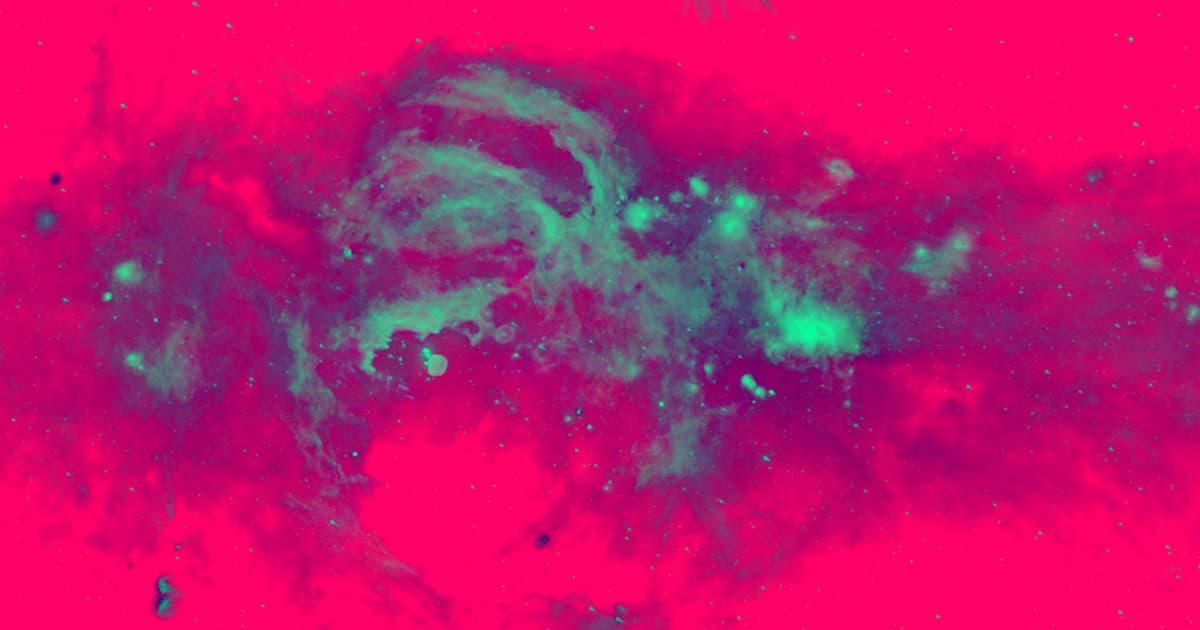 Check Out This Incredibly Beautiful New Image of Our Home Galaxy

NASA took a panorama of the Milky Way's center.

NASA took a panorama of the Milky Way's center.

NASA scientists recently captured the most detailed image of the Milky Way's center yet — and you can check it out, in all its glory, right here.

The image sweeps across some 600 lightyears of the galaxy's core, according to EarthSky. Glimpsing into the center of the Milky Way, NASA scientists found a very different number of stars than they expected — a discrepancy that could upend scientists' understanding of our home galaxy.

NASA captured the panorama using infrared cameras on the space agency's SOFIA orbital observatory, according to a press release. That let NASA take a look at what's going on with our galaxy's central supermassive black hole and also investigate the rate at which new stars are appearing in the area.

"It's incredible to see our galactic center in detail we've never seen before," SOFIA researcher James Radomski said in the press release. "Studying this area has been like trying to assemble a puzzle with missing pieces. The SOFIA data fills in some of the holes, putting us significantly closer to having a complete picture."

Editor's note 1/9: This article originally misstated the width of the panorama image. It has been corrected.

More on space pics: 360-Degree Video Puts You in the Center of the Milky Way Galaxy