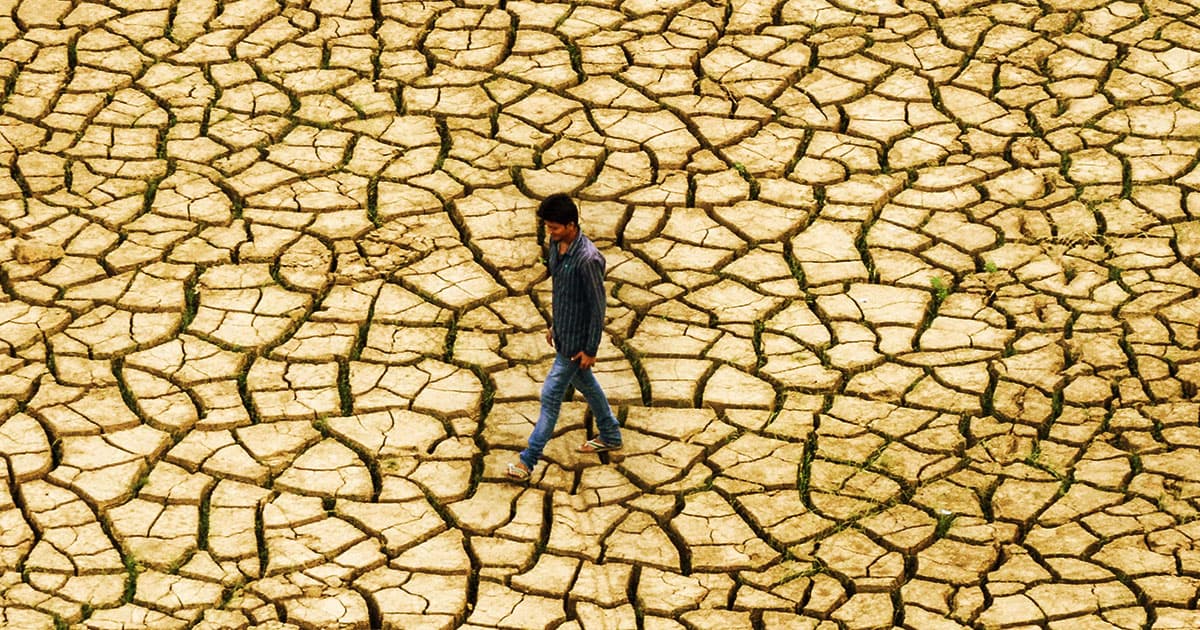 "How does this sound to a child who hasn't eaten in days?"

"How does this sound to a child who hasn't eaten in days?"

An Indian historian's blistering "climate colonialism" speech at the United Nations' COP26 climate summit has gone viral as it raises questions about the United States' and Europe's destructive — and hypocritical — role the collapse of Earth's climate.

Prashad didn't hold back any of his contempt for the US and Europe, calling out the irony of their self-appointed climate stewardship in the face of  the "colonial structures and institutions" the West left behind in their former imperial holdings that "reproduce themselves" over and over.

"[More than two billion] people can't eat now and you're telling people reduce [their] consumption?" he continued. "How does this sound to a child who hasn't eaten in days? You've got to clue into this, guys... otherwise, this movement will have no legs in the third world."

Towards the end of the clip, Prashad shouted out the International Peoples' Assembly, a socialist-oriented network of movements, parties, and trade unions that he characterized as "rooted in the Global South."

"We want to tell you what our issues are," Prashad concluded, "but are you willing to listen?"

Watch the whole clip below:

This is a really good speech. #COP26 pic.twitter.com/rt5rhc9wQR

More on the UN's climate warnings: United Nations Warns of “Endless Suffering” Due to Climate Disaster

More on climate posturing by the US: US and China Stop Bickering, Announce Surprise Climate Agreement Deal

Apocalypse Now
Horrific Simulation: Nuclear War Would Kill Five Billion People
Aug 16
Read More
Dark Future
Member Nations Alarmed by Bleak Future During "Dire" UN Meeting
9. 22. 21
Read More
Eat The Rich
"Climate Apartheid" Is Imminent. Only the Rich Will Survive.
6. 27. 19
Read More
+Social+Newsletter
TopicsAbout UsContact Us
Copyright ©, Camden Media Inc All Rights Reserved. See our User Agreement, Privacy Policy and Data Use Policy. The material on this site may not be reproduced, distributed, transmitted, cached or otherwise used, except with prior written permission of Futurism. Articles may contain affiliate links which enable us to share in the revenue of any purchases made.
Fonts by Typekit and Monotype.