"The future is raising its voice at us." 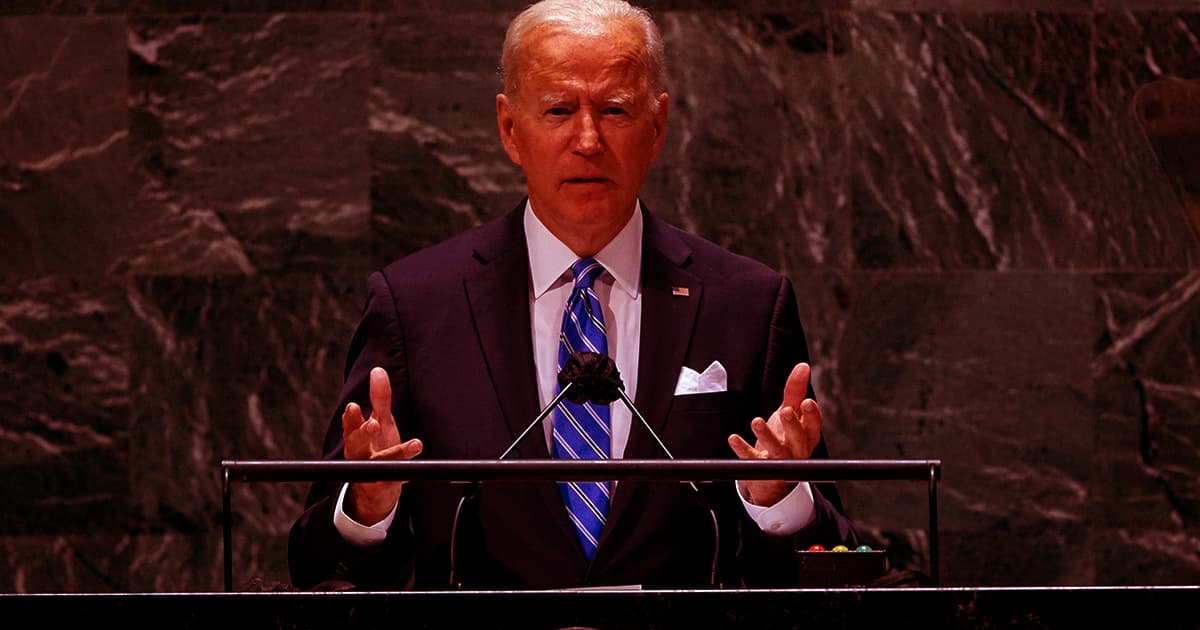 The tone at the first in-person United Nations meeting since the beginning of the COVID-19 pandemic, which kicked off on Tuesday at the General Assembly in New York, was "dire," the Associated Press reports.

The topics of conversation were familiar. Climate change is rearing its ugly head, while the availability of COVID-19 vaccines is driving wealthy and poor nations even further apart.

The consensus appeared to be that we're at a low point in human history — and thinks might get worse before they get better.

And world leaders seem to agree with that prognosis. Chinese President Xi Jinping said at the gathering that "the world has entered a period of new turbulence and transformation," as quoted by the AP.

Racism around the world was also a hot button topic. A proposed resolution aimed at Israel, for instance, likened Zionism to racism, prompting to US and Israel to walk out.

The worsening relations between China and the US also got a mention, with Xi and US president Joe Biden dancing around the topic by saying they were ready to cooperate if other nations were as well.

UN secretary-general António Guterres warning the AP in an interview that we risk of starting a new Cold War if the two world powers don't fix their "completely dysfunctional" relationship. "Unfortunately, today we only have confrontation," he said.

Humanity is facing some unprecedented challenges — and cooperation between world leaders seems hard to come by. By design, the summit was meant to represent the interests of billions of people, including many who are facing tough days ahead.

READ MORE: ‘The future is raising its voice’: A dire mood at UN meeting [Associated Press]