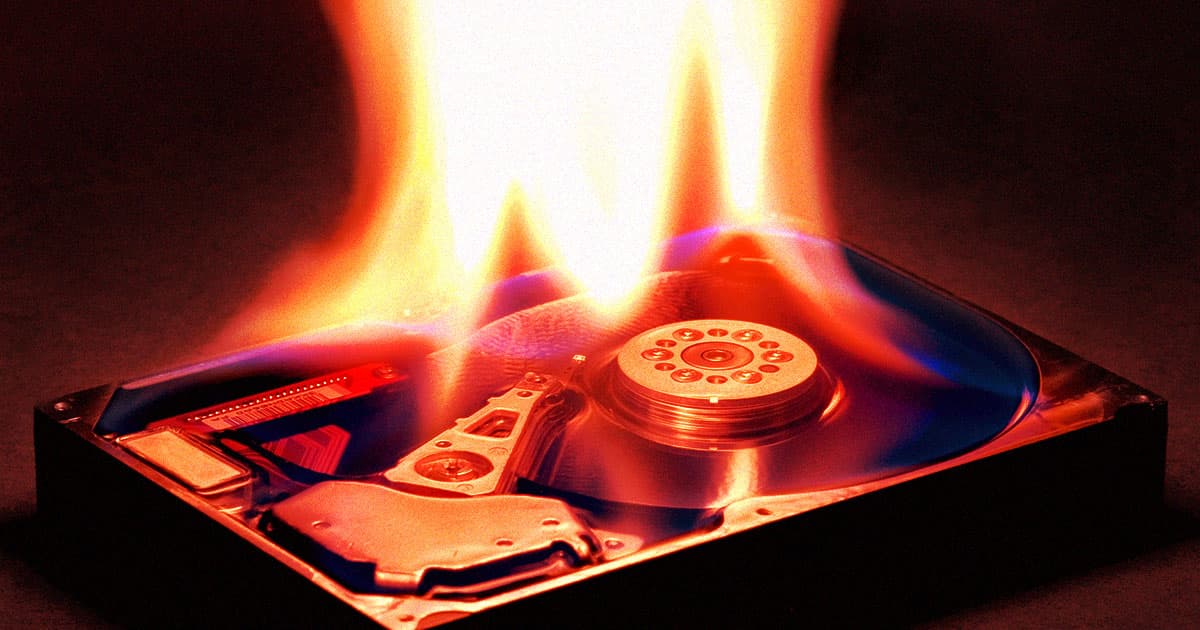 "This product is a scam, and Walmart should be ashamed of itself..."

"This product is a scam, and Walmart should be ashamed of itself..."

This week, a security researcher who goes by the moniker Ray Redacted dug up listings for a fake hard drive that pretends to store an impressive 30 terabytes, but actually only holds a tiny fraction of that — and, worse, writes new files on top of old files, effectively shredding users' data.

That would be sleazy even on an obscure corner of the online electronics world. But as Redacted noticed, the giant retailer Walmart had started selling the scammy hard drive online, where buyers were expressing horror at the scheme.

"Walmart should get smarter than to sell products like this," wrote one buyer. "I thought I was buying a 8 terabyte SSD drive, for $28, and this piece of garbage does not work, in any way, shape or form. This product is a scam, and Walmart should be ashamed of itself to sell them."

Redcated bought one of the hard drivers, and inside he found two microSD cards literally hot glued onto a circuit board. After further tests, Ray found that the fake drive uses adapted firmware to trick unlucky customers into thinking they actually had all those juice terabytes.

However, instead of actually storing data, the cards only kept a copy of file names the user tried to back up, so everything looked fine until someone actually tried to access a file.

After the story got picked up by Ars Technica, Walmart dropped the scammy product from its site. But dozens of similarly suspicious-looking products remain on AliExpress, some claiming to hold as much as 60TB.

Considering a single 1TB Samsung hard drive runs more than $100 on Amazon, it's probably best to stay away from ultra-cheap drives.

Or as the storage sleuth Redacted quipped: "Have you ever heard the expression 'if it sounds too good to be true, it probably is?'"

Biological Code
The World's First Reprogrammable DNA Computer is Here
3. 22. 19
Read More
Virtual Combat
The U.S. Army Is Using Virtual Reality Combat to Train Soldiers
3. 22. 19
Read More
Worst Timeline
Russia's Latest Weapon: A Laser Cannon
12. 5. 18
Read More
+Social+Newsletter
TopicsAbout UsContact Us
Copyright ©, Camden Media Inc All Rights Reserved. See our User Agreement, Privacy Policy and Data Use Policy. The material on this site may not be reproduced, distributed, transmitted, cached or otherwise used, except with prior written permission of Futurism. Articles may contain affiliate links which enable us to share in the revenue of any purchases made.
Fonts by Typekit and Monotype.