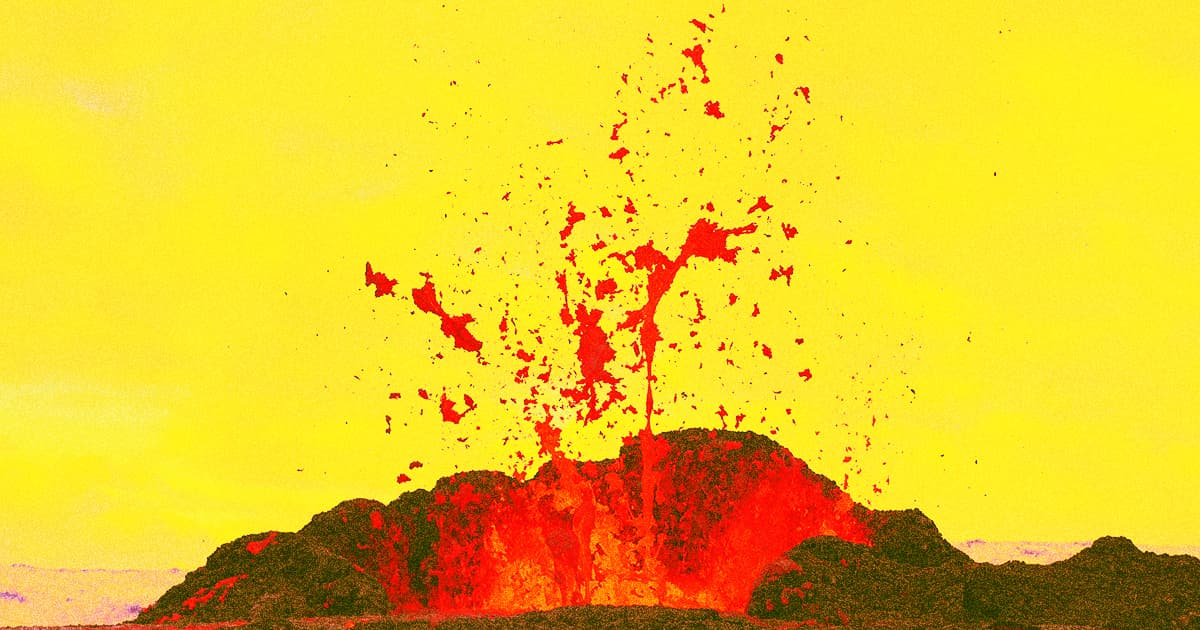 "The price and privilege of living on a beautiful little island is, in this case, its geological history."

"The price and privilege of living on a beautiful little island is, in this case, its geological history."

On Sunday, a powerful volcanic eruption rocked the small island of La Palma, sending lava flying 5,000 feet into the air — reaching heights twice that of the world's tallest skyscraper.

After 50 years of dormancy — aside from the occasional rumbling — the Cumbre Vieja volcano burst open at several different points at once, National Geographic reports. Dramatic footage of the eruption shows lava flowing across the small Canary Island, swallowing houses whole and pouring into swimming pools in a horrifically destructive event that's prompted the evacuation of some 4,500 residents and 500 tourists so far.

Even though it's been decades since the last Cumbre Vieja eruption, it's not surprising that La Palma was eventually devastated by volcanic activity. The entire island of first rose from the sea alongside the other Canary Islands thanks to a volcanic hot spot beneath the Earth's crust, according to NatGeo, so volcanic activity is central to the island's history.

"The price and privilege of living on a beautiful little island is, in this case, its geological history," University of Glasgow geoscientist Helen Robinson told NatGeo.

The lava with its high temperatures destroys the houses and streets in the area in La Palma of Canary Islands in Spain. pic.twitter.com/DpqU86txDr

Incredible footage of the Cumbre Vieja eruption on #LaPalma now that night has fallen.

Days after the eruption began, the flow of lava is unrelenting, NatGeo reports, and experts have no idea what to expect. Historically, eruptions on La Palma have taken anywhere from a couple of weeks to several months to die down. And despite scientists' best efforts to monitor the volcano, it's currently impossible to predict where on that spectrum this new eruption will fall.

"The only way to know is to know the total volume of eruptible magma under Cumbre Vieja," Spanish National Research Council volcanologist Pablo J. González told NatGeo. "That piece of information is unknown."

More on volcanoes: Watching This Volcano Erupt From Space Is Absolutely Epic

Earthquake Swarm Shakes Mount St. Helens
5. 10. 16
Read More
A Day on Venus: Earth's Evil Twin
4. 20. 13
Read More
Lunar RGB
NASA Shows Off Artemis "Party Mode," Powered by Amazon (TM) Alexa (TM)
Yesterday
Read More
+Social+Newsletter
TopicsAbout UsContact Us
Copyright ©, Camden Media Inc All Rights Reserved. See our User Agreement, Privacy Policy and Data Use Policy. The material on this site may not be reproduced, distributed, transmitted, cached or otherwise used, except with prior written permission of Futurism. Articles may contain affiliate links which enable us to share in the revenue of any purchases made.
Fonts by Typekit and Monotype.