Satellites Will Soon Predict Earthquakes and Volcanic Eruptions From Space

The eyes in the sky can see underground magma streams and hidden fault lines.

Geoscientists typically have to stay on earth to monitor things like volcanic eruptions and earthquakes. However, a better, faster technique may be space-based: using satellites to observe dips and bulges in the Earth’s surface can reveal the pathways of underground magma streams and the position of hidden fault lines, and teach us how earthquakes modify the balance of the planet’s tectonic plates.

This technique could make more accurate predictions with more notice, and save lives.

The outer layer of the Earth’s crust is made up of tectonic plates floating atop a layer of molten rock, at most 250 kilometers thick. Plates sometimes move suddenly away from or against each other, creating earthquakes, or in some places, causing liquid rock to spill onto the planet’s surface through volcanoes.

Numerous threats like these exist around the world, and many aren’t monitored because they haven’t erupted in some time, or because they’re in developing areas of the world. Others simply give off signals too subtle for us to notice here on earth: take Japan’s Mount Ontake, which erupted without warning in 2014 after years of minimal activity and killed 63 people. 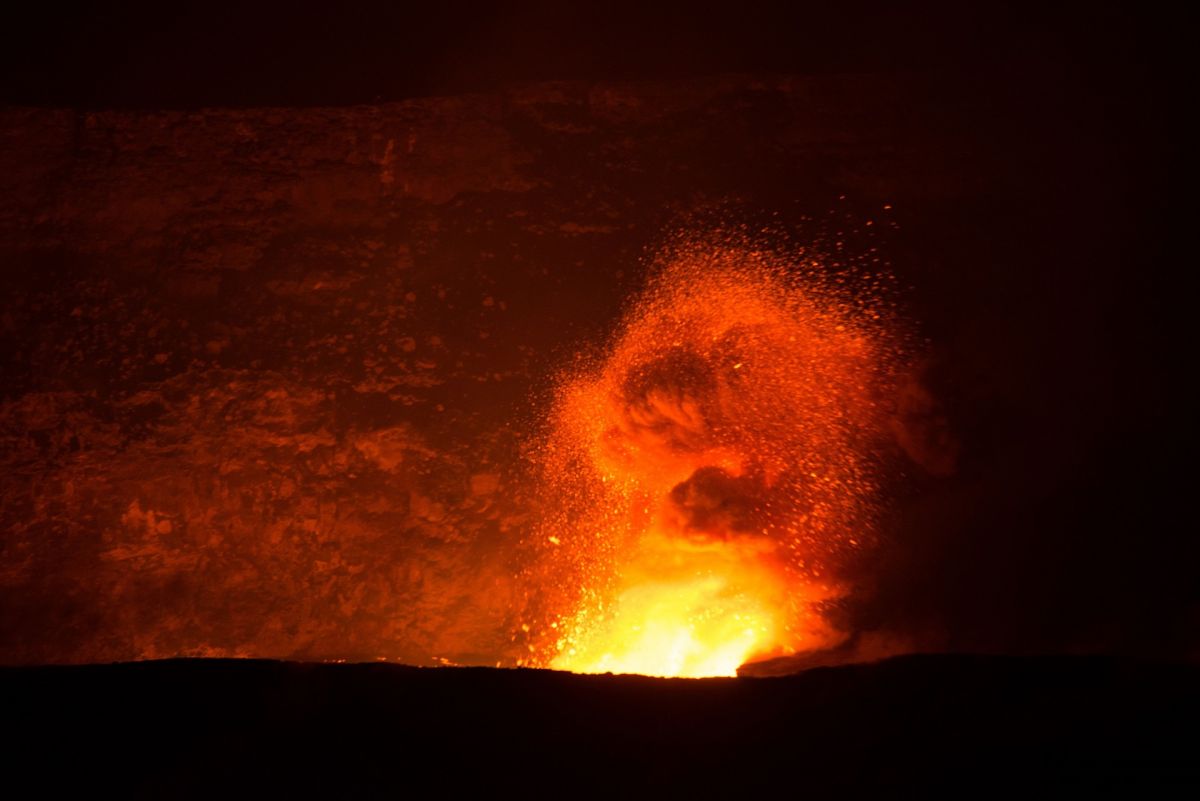 Image Credit: skeeze/PixabayA global picture is now possible thanks to interferometric synthetic aperture radar (InSAR). This technique deploys radar devices mounted on satellites, and uses comparative images over time to visualize the average movement of the Earth’s surface. These measurements are extremely precise, to within a few millimeters.

In the past, gaps between measurements were substantial, but the European Space Agency (ESA) twin Sentinel-1 satellites are now in action and dedicated to worldwide coverage via continuous InSAR measurements. A UK research consortium called COMET will analyze the readings from the satellites.

Geologists normally study the movement of tectonic plates and the hazards they cause by attaching GPS devices to rocks to track surface movements, by detecting vibrations with seismometers, and by measuring emissions of gases which signal the movement of magma below, such as sulphur dioxide. These traditional methods give a narrow, local view of a tiny fraction of Earth’s surface.

InSAR’s satellites proved their utility for geology after scientists were able to use InSAR images to monitor a volcanic eruption in Iceland in 2014 and a 2016 magnitude-7.8 earthquake in New Zealand. In both cases, the subterranean paths taken before the events were surprising to scientists. This shows that geological hazards are preceded by more complex tectonic plate interactions than we’d previously imagined. It also proves that InSAR images can help us understand and predict them even when we’re not sure what’s coming.

COMET and InSAR images are likely to provide surface deformation data for about 40 quakes annually. In contrast, historically we’ve had data for only a handful of earthquakes, some of which only repeat once every 10,000 years. While we typically produce maps of fault lines based on quake records, those records are incomplete; with this additional data, scientists are likely to discover hidden fault lines.

Geoscientists at COMET and other institutes are also using InSAR images to monitor slowly-moving earth and mud, which may suddenly speed up and create deadly landslides. Recent work on a landslide in China showed that Sentinel-1 images could detect landslide signals before the earth moved.

The COMET scientists plan to monitor a greater proportion of threats thanks to the coverage from this new technology, as well as process backlogged data. After that, they plan to develop an algorithm for parsing COMET data in real time, for a better early warning system.

While the system won’t work in every case, field work should help fill in the gaps. Altogether, this holistic approach may be ushering in what Matthew Pritchard of Cornell University in New York told New Scientist is an “era of global volcanology.”

A Drill Built for Mars Will Probe Antarctic Bedrock

A Satellite Found Remnants of Lost Continents Under Antarctica

We Could Power the World With Volcanoes

An Earthquake Early Warning System is Coming to the West Coast