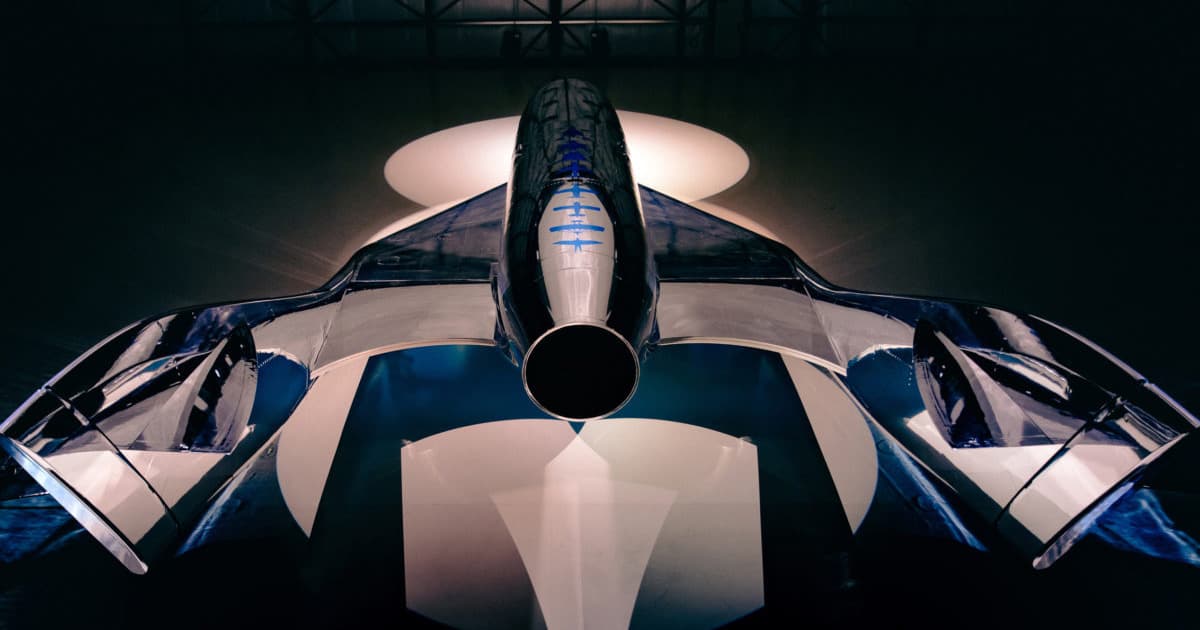 Virgin Galactic has unveiled its latest next-generation spaceship, which it's calling the VSS Imagine.

The new addition to the space company's fleet is the first new class of SpaceShip III vehicles and follows the SpaceShipTwo designs the company has been testing.

Apart from some minor design updates as compared to its SpaceShipTwo predecessors, the standout new feature is VSS Imagine's new paint job. The vehicle is astonishingly shiny, coated in a mirror-like material that reflects the surrounding environment, "constantly changing color and appearance as it travels from earth to sky to space," according to a press release.

Virgin Galactic has been working hard on making affordable space tourism a reality. The company recently showed off the cabin interior of its SpaceShipTwo space plane, designed to take anybody who can afford it to the lower edges of space.

In 2019, the company's VSS Unity spaceplane, a SpaceShipTwo class craft, made it to an altitude of 44.85 miles (89.9 km) after being carried to 44,000 feet by mothership WhiteKnightTwo.

The company's SpaceShip III class is meant to allow the company to launch more flights at a much faster rate.

"The introduction of the Spaceship III class of vehicles is an important milestone in Virgin Galactic’s multi-year effort that targets flying 400 flights per year, per spaceport," reads the statement.

"Virgin Galactic spaceships are built specifically to deliver a new, transforming perspective to the thousands of people who will soon be able to experience the wonder of space for themselves," said Virgin founder Richard Branson. "As a SpaceShip III class of vehicle, Imagine is not just beautiful to look at, but represents Virgin Galactic’s growing fleet of spaceships."