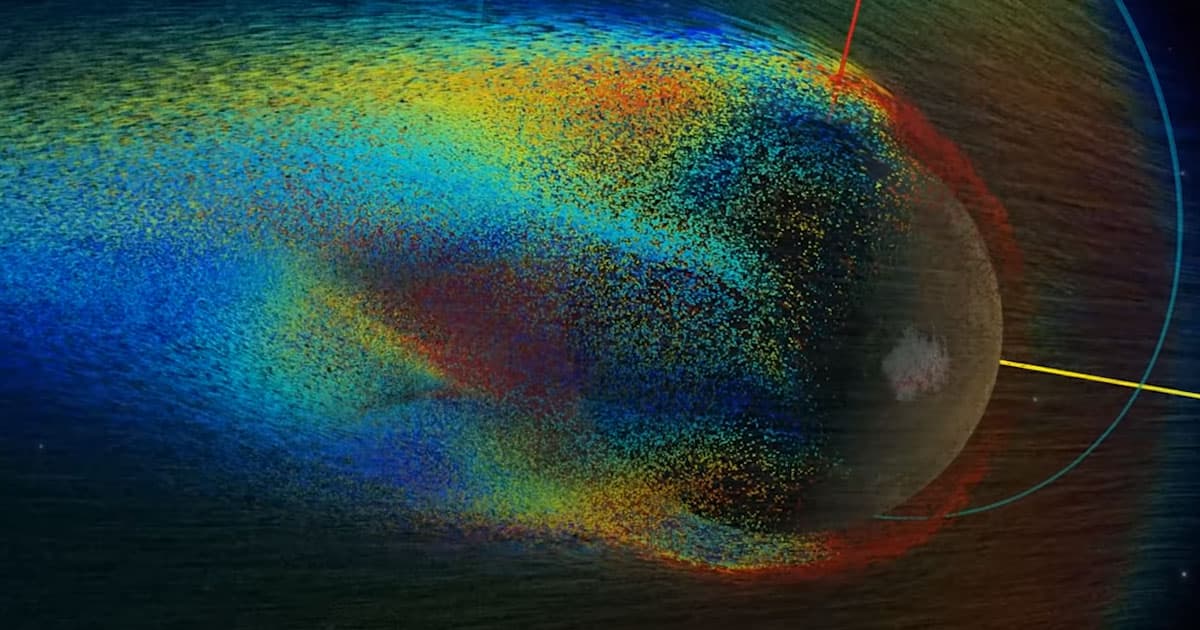 Gone With The Wind

A new stunning set of NASA animations reveal how the Sun is slowly stripping away the Red Planet's atmosphere.

The animations, created from data gathered by NASA's MAVEN spacecraft as it orbited Mars, show that Mars' magnetosphere is too weak to protect the planet from harsh solar winds that have gradually blown away much of its atmosphere, Inverse reports. The new animation also provides the best look yet at the electrical currents surrounding Mars.

Previous research attempting to explain how Mars gradually lost much of its atmosphere pointed to giant dust storms on the surface as the main culprit. But the new research, published Monday in the journal Nature Astronomy, argues that magnetic interactions between the planet's magnetosphere and solar winds, which Inverse reports blast outward at a million miles per hour, are responsible for driving away the atmosphere.

We've long known that Earth's magnetosphere protects our planet from our sun's dangerous rays and solar winds, but this research is the clearest display yet of the impact those winds can have.

The researchers suggest, Inverse reports, that these solar winds could have done so much damage to Mars' atmosphere that the now-barren rock was once a lush, watery world that was gradually stripped bare.

READ MORE: THESE TRIPPY MARTIAN VISUALS HOLD CLUES TO WHY THE PLANET LOST ITS ATMOSPHERE [Inverse]