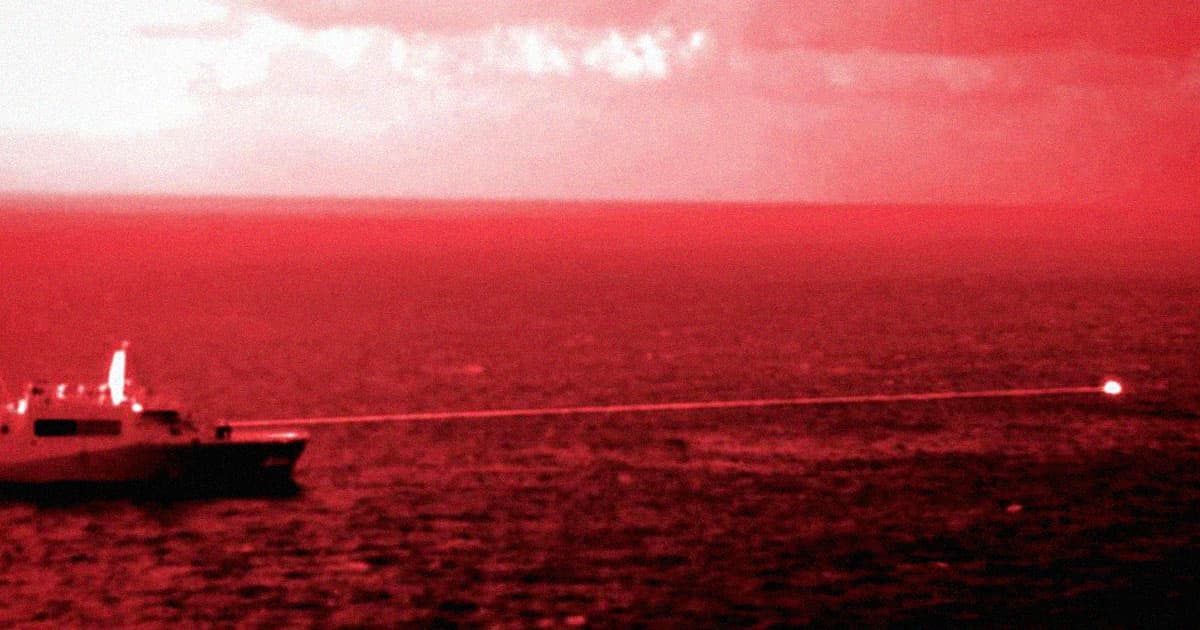 The goal is to fend off "bomb-laden drone boats."

The goal is to fend off "bomb-laden drone boats."

The Associated Press reports that the US Navy has fired a laser weapon at a floating target in the Mideast and destroyed it — a show of force that demonstrates the potential of laser-based weapon systems.

Such a system could ward off drone boats armed with bombs sent by Yemen’s Houthi rebels in the Red Sea, the AP reports. The region has been embroiled in a deadly war since Houthi rebels seized Yemen’s capital in 2014 — as well as changing the dynamics of warfare around the globe.

The USS Portland, an amphibious transport dock ship, fired its Laser Weapon System Demonstrator (LWSD) at a small floating target. According to a statement, the laser “successfully engaged” the target.

The LWSD is the successor of the Laser Weapon System (LaWS), which the Navy has been testing for a number of years. Last year, the LSWD was able to bring down a drone in a similar test in the Pacific Ocean.

According to the AP, Iran may be helping the Houthis build and deploy these remotely operated drone boats.

The region is also not far from the Suez Canal, one of the most important waterways for international trade.

Worst Timeline
Russia’s Latest Weapon: A Laser Cannon
12. 5. 18
Read More
The Air Force Has Invested $26.3 Million in a High-Energy Laser for Fighter Jets
11. 9. 17
Read More
US Navy’s “Augmented Guidance” Tech Brings Automation to Aircraft Landings
8. 5. 16
Read More
+Social+Newsletter
TopicsAbout UsContact Us
Copyright ©, Camden Media Inc All Rights Reserved. See our User Agreement, Privacy Policy and Data Use Policy. The material on this site may not be reproduced, distributed, transmitted, cached or otherwise used, except with prior written permission of Futurism. Fonts by Typekit and Monotype.