The World's First Functional Laser Weapon is Ready to Protect You

The weapon is designed to take out drones and ships and has future potential in missile defense. 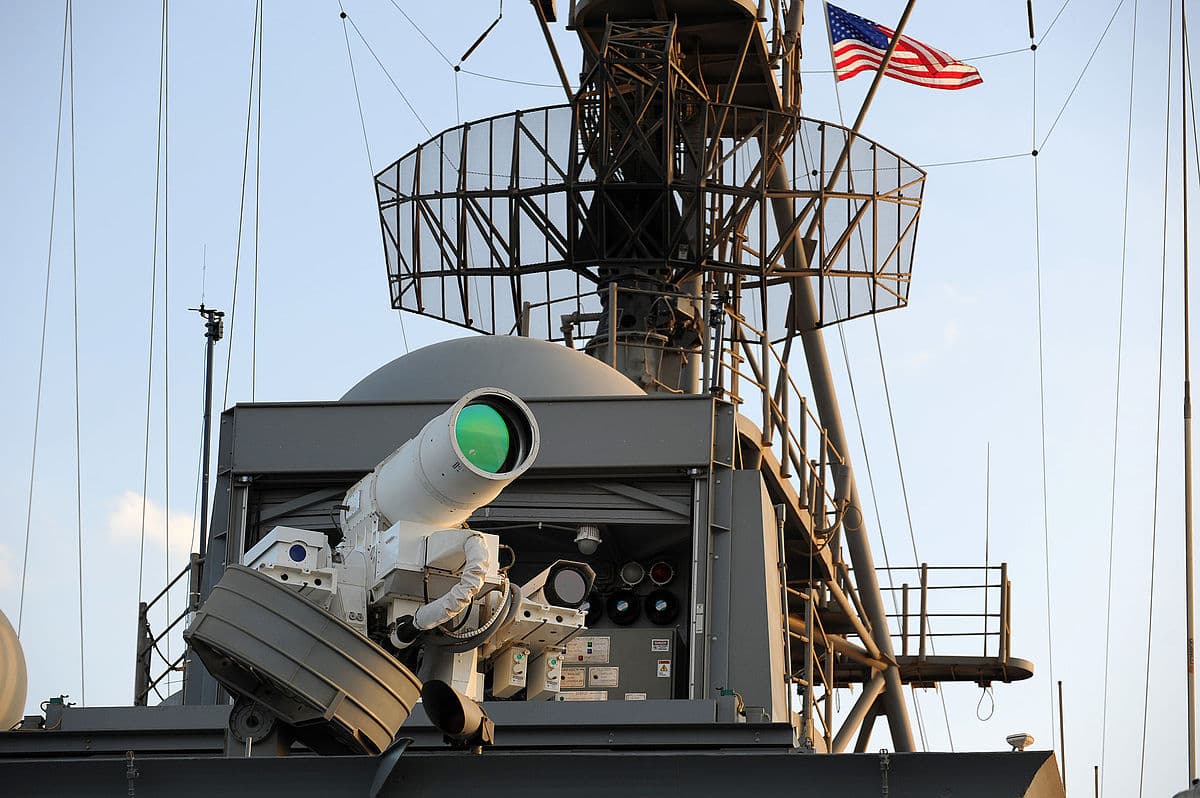 The U.S. Navy has announced that the world's first functional laser weapon is ready for action. The weapon, known as the Laser Weapons System (LaWS), can be found mounted on the USS Ponce, which is currently deployed in the Persian Gulf.

The weapon was designed to strategically take out flying unmanned vessels. It also has the ability to surgically destroy engines of manned watercraft without endangering the lives of any onboard personnel. The Geneva Convention restricts the use of laser weapons against humans, but the high precision of the laser could allow it to target a ship's engine without the use of missiles. "That type of precision weapon work is something that you don't really get with conventional weapons because there tends to be more collateral damage," Inez Kelly, a U.S. Naval Forces Central Command science adviser, told CNN.

This technology could be the beginning of replacing missiles for the purpose of destroying enemy targets. On top of sparing lives, the cost comparison of a single shot from LaWS and a missile is astounding: while missiles can cost up to millions of dollars, a single LaWS "round" only costs about one dollar.

The weapon is currently only approved for drones and water vessels, but the Navy is also testing other applications — under the cover of classified status, of course.

Read This Next
Going Wireless
Hackers Took Over a Subdomain of Wired.com for Several Months and Replaced It With Sleazy Online Casino Content
Heating Up
Employees at TikTok Apparently Have a Secret Button That Can Make Anything Go Viral
Nothing's Real Anymore
JPMorgan Says Startup Tricked It Into an Acquisition by Cooking Up Millions of Fake Users
Enemy Mine
Elon Musk Now Denies That His Family's Emerald Mine Existed, In Spite of Previously Bragging About It
Sounding Off
Adult Performers React to Law Requiring Photo ID to Watch Online Porn
More on Future Society
Musk Rats
4:54 PM on the byte
Twitter Is Quietly Re-Suspending the Lunatics Elon Musk Let Back On
Spreadsheet Guy
Tuesday on the byte
Sam Bankman-Fried Posts Excel Docs That He Says Shows Nothing Was His Fault
Nip Split
Jan 22 on the byte
Meta Board Trashes Facebook's "Convoluted and Poorly Defined" Female Nipple Rule
READ MORE STORIES ABOUT / Future Society
Keep up.
Subscribe to our daily newsletter to keep in touch with the subjects shaping our future.
+Social+Newsletter
TopicsAbout UsContact Us
Copyright ©, Camden Media Inc All Rights Reserved. See our User Agreement, Privacy Policy and Data Use Policy. The material on this site may not be reproduced, distributed, transmitted, cached or otherwise used, except with prior written permission of Futurism. Articles may contain affiliate links which enable us to share in the revenue of any purchases made.
Fonts by Typekit and Monotype.