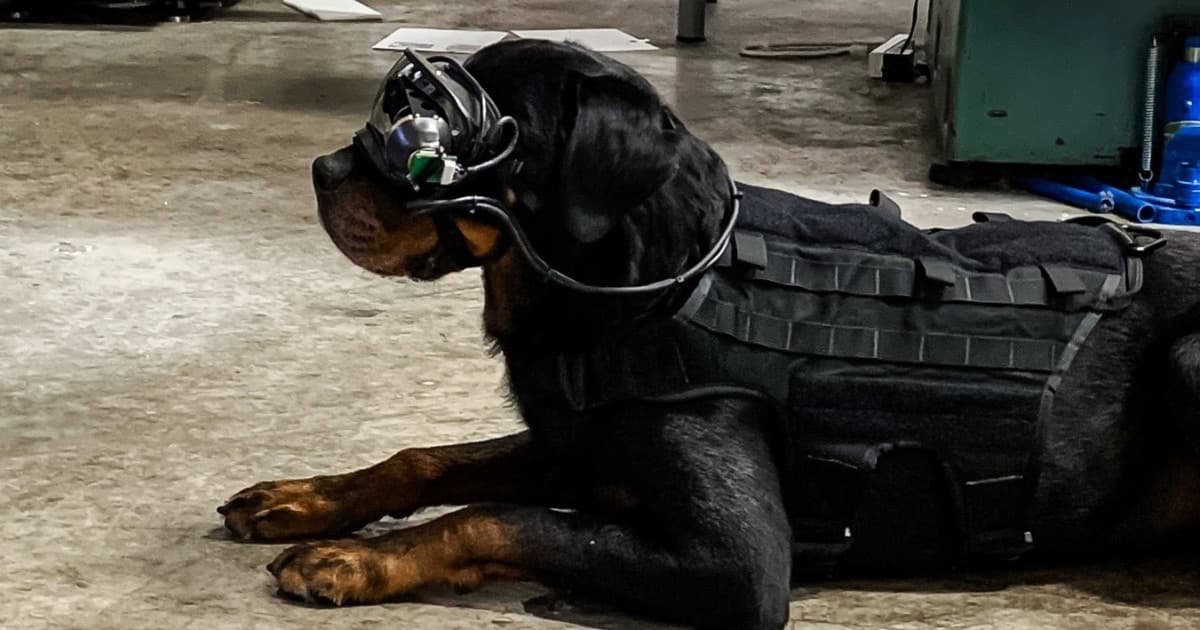 Better Than a GoPro

The US Military Developed AR Goggles For Dogs

"This new technology offers us a critical tool to better communicate with military working dogs."

"This new technology offers us a critical tool to better communicate with military working dogs."

The US Army is developing augmented reality goggles for dogs to help protect their human guardians.

The BBC reports that the project, funded by the Small Business Innovation Research program, aims to allow soldiers to give dogs specific directional commands while they’re not in direct line of sight.

“Augmented reality works differently for dogs than for humans,” Stephen Lee, an Army Research Laboratory senior scientist, explained in a statement. “AR will be used to provide dogs with commands and cues; it’s not for the dog to interact with it like a human does.”

Contractor Command Sight created a prototype that includes a pair of goggles, a camera, and display that fits over the dog’s eyes. A visual indicator gives the dog visual cues.

“Much of the research to date has been conducted with my rottweiler, Mater,” Command Sight founder A.J. Peper said in the statement. “His ability to generalize from other training to working through the AR goggles has been incredible.”

The current prototype requires the handler to keep the dog on a leash, because the goggles aren’t wireless yet.

Even without the ability to give the dog directions through the goggles, “this technology provides one of the best camera systems for military working dogs,” according to Lee, adding that the “handler can see exactly what the dogs sees.”

More on AR: These AR Smart Glasses Shoot Lasers Directly Onto Your Retina