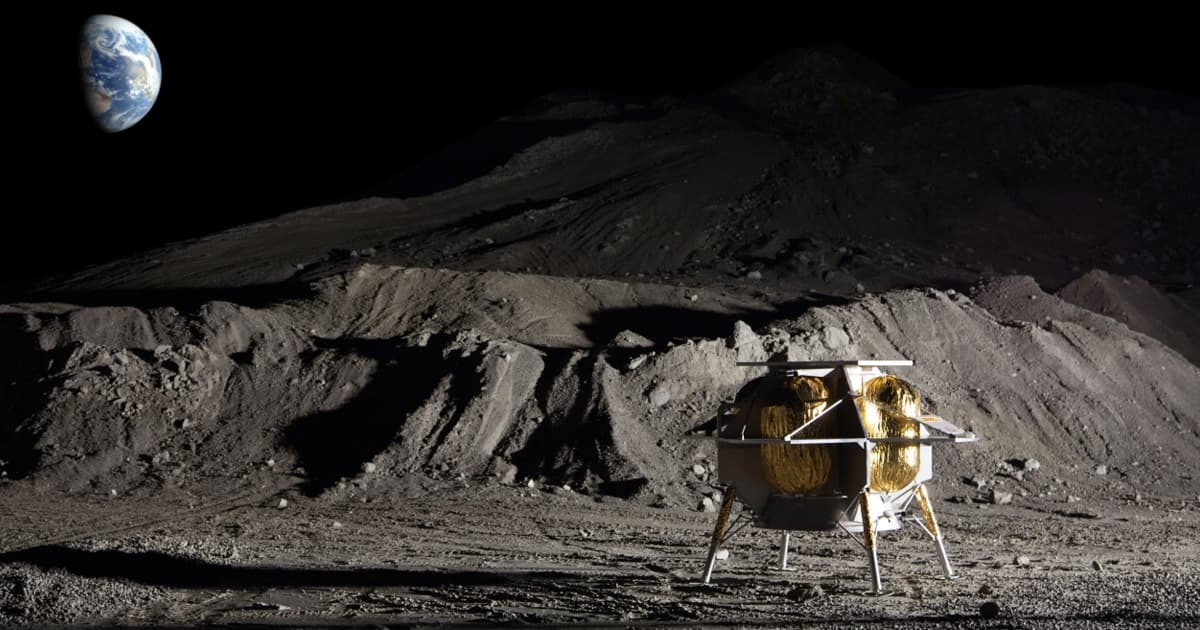 Upcoming Mission Will Fly Human Remains to the Moon

Would you send your cremated remains on a final journey to the Moon?

Would you send your cremated remains on a final journey to the Moon?

Next year, a spacecraft will carry capsules of human remains to the surface of the Moon, where they'll be left as a new form of orbital memorial.

The orbital memorial company Celestis plans to launch its Luna 02 mission on a July 2021 NASA flight to a region of the Moon called — fittingly — Lacus Mortis, according to Space.com. On it will be human cremains and DNA samples — a futuristic to honor the dead as space travel becomes more commonplace.

Remains of famous scientists, teachers, and even Arthur C. Clarke, the sci-fi author who penned the "Space Odyssey" books, one of which was adapted into the 1968 film "2001: A Space Odyssey," are all hitching a ride on Luna 02, Space.com reports.

Other notable passengers include Mareta West, the late geologist who helped pick the landing site for the first crewed Moon mission. But aside from lunar celebrities, anyone else willing to pay for the $12,500 ticket was also able to memorialize their loved ones.

In the past, Celestis has even launched a cat named Pikachu's cremains into orbit, and other companies including Elysium have sent human remains to orbit in a Cubesat. To Celestis CEO Charles Chafer, the new service is a way of expanding human culture throughout the cosmos.

"Our Luna 02 mission and subsequent Celestis Luna missions commemorate those who wish to make a tangible contribution to humanity's continued exploration and peaceful utilization of space," Chafer told Space.com. "As humanity expands beyond the limits of a single planet, it is particularly appropriate that we carry our rituals, celebrations and memorials along with us."

More on orbital cremains: A Dead Cat Named Pikachu Is Getting Launched Into Space

The Moonian
Senior NASA Official Fears Getting "Stuck" on the Moon
May 4
Read More
Moon Patrol
US Military Announces Plans for Satellite Orbiting the Moon
Mar 4
Read More
Mo Budget Mo Problems
NASA Is Asking For an Enormous Amount of Extra Money
5. 20. 21
Read More
+Social+Newsletter
TopicsAbout UsContact Us
Copyright ©, Camden Media Inc All Rights Reserved. See our User Agreement, Privacy Policy and Data Use Policy. The material on this site may not be reproduced, distributed, transmitted, cached or otherwise used, except with prior written permission of Futurism. Articles may contain affiliate links which enable us to share in the revenue of any purchases made.
Fonts by Typekit and Monotype.