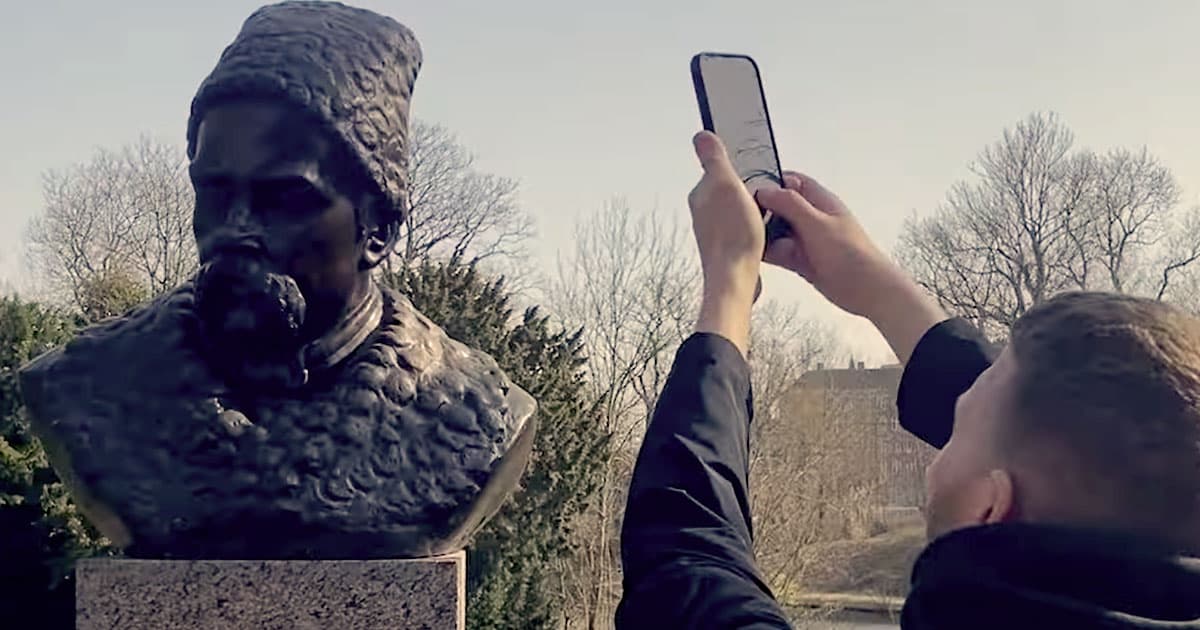 Ukraine Is 3D Scanning Its Precious Artifacts Before Russia Destroys Them

"Destroying a country’s cultural heritage is the fastest way to erase their national identity."

"Destroying a country’s cultural heritage is the fastest way to erase their national identity."

People in Ukraine are using 3D modeling tech to preserve cultural heritage sites — before they risk being destroyed by the Russian invasion.

It's a bleak use of the tech, making digital backups of statues and other public important artifacts that could soon be turned into piles of rubble.

"Destroying a country’s cultural heritage is the fastest way to erase their national identity," the project's website reads. "In light of Russia’s false denial of Ukrainian sovereign and unique national identity, we take the destruction of the country’s history extremely seriously."

The goal is to scan pretty much anything of cultural value.

The company is actively looking for volunteers who can use their smartphones and the Polycam app — now free to use in Ukraine — to turn practically anything into three dimensional reconstructions.

"We want to put this new technology in the hands of the citizens of Ukraine so that they may capture anything and everything that they deem culturally significant to preserve forever in 3D," the website reads.

Polycam has agreed to provide hosting for all scans for at least the next five years, which can all be viewed here. So far, local citizens have scanned a variety of objects, from Russian tanks to simple Jenga block towers.

Given the obvious dangers to walking the streets of Ukraine right now, the company advises participants to "Stay safe at all times!" adding an admonition to "Respect curfews and do not attempt capture in areas of immediate conflict."

The invasion makes for a depressing state of affairs, but at least residents are finding innovative ways to hold on to their shared history, even if only as fleeting digital representations of what once was.