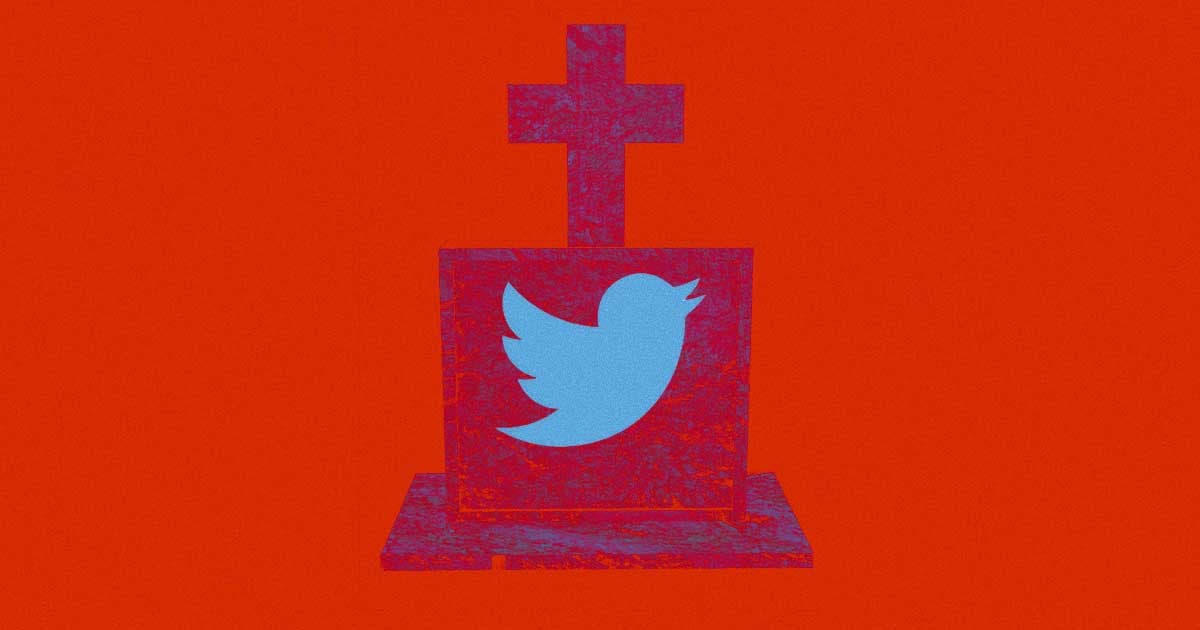 Twitter is set to begin spring cleaning accounts that have been inactive for longer than six months. Users will have until December 11th to log in at least once to save their accounts from being wiped.

It's a controversial move, especially since the cull will include users who have passed away, the BBC reports.

Over My Dead Body

Twitter sent out emails to the holders of the inactive accounts to warn them of the cull, prompting outrage.

"My father’s Twitter account isn’t active," Drew Olanoff wrote in a piece for TechCrunch. "He passed away over four years ago."

"Once in a while he’d chime in with a zinger of a tweet and I’d share it humbly with the folks who kindly follow me," Olanoff added. "I still read his tweets, and from time to time I still share them with you."

A Twitter spokeswoman told the BBC that the cull would improve credibility by deleting inactive accounts from other users' follower counts — a metric that can mislead people into thinking some users have more clout than they actually do.

The user names of the deleted accounts will become available again after the December 11 deadline.

Unlike Twitter, Facebook offers a "memoralization" option that freezes accounts of people who have passed away and locks any interactions to prevent abuse.

PDA
Elon Musk Is Faving Posts on Twitter That Are Making Our Skin Crawl With Embarrassment
Nov 9
Read More
Recipe For Disaster
FDA Warns Americans to Stop Cooking Chicken in NyQuil
Sep 21
Read More
Glimpse: Virtual Reality For The Masses Might Solve The Problems Social Media Started
10. 18. 18
Read More
+Social+Newsletter
TopicsAbout UsContact Us
Copyright ©, Camden Media Inc All Rights Reserved. See our User Agreement, Privacy Policy and Data Use Policy. The material on this site may not be reproduced, distributed, transmitted, cached or otherwise used, except with prior written permission of Futurism. Articles may contain affiliate links which enable us to share in the revenue of any purchases made.
Fonts by Typekit and Monotype.