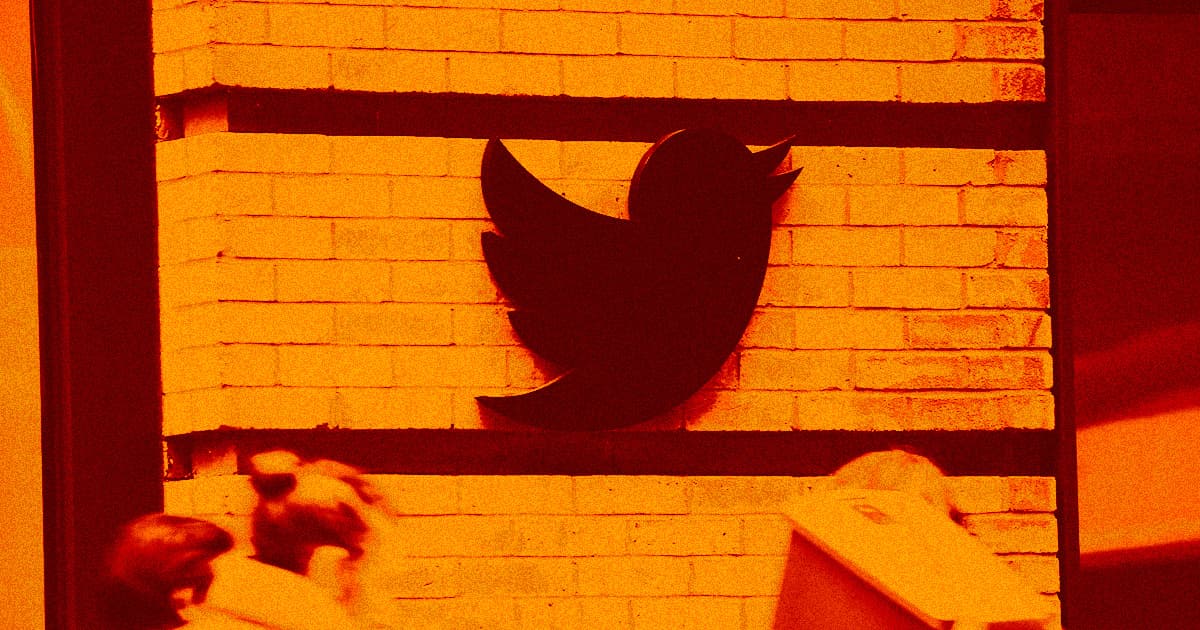 CNN reports that Yoel Roth, Twitter's Former Head of Trust and Safety, has been forced to flee his home due to an escalation in violent threats against him — following an attack campaign led by new Twitter CEO Elon Musk, who has used his platform to insinuate dark rumors against Roth.

Among Musk's dubious claims are that Roth used Twitter's 2020 decision to ban former president Donald Trump to further a left wing agenda and, in an even darker turn, is some sort of a pedophilia apologist. It's a grim turn, signaling that Musk's relationship to far-right and even QAnon conspiracy tropes has gone from casual flirtation to seemingly effective tools of weaponization.

As Head of Trust and Safety at Twitter, Roth did have a hand in a number of sensitive topics, including the suspension of Trump. But Trump wasn't removed from the platform at random. His ban was specific to the January 6 insurrection of the US Capitol Building, a violent event, stoked through Twitter, that killed four and wounded dozens.

Musk's decidedly partisan "Twitter Files," however, would say otherwise, and the CEO has used both the Trump-centric episode of the Files and Roth's 2016 dissertation at the University of Pennsylvania — an analysis of youth engagement with the gay dating and hookup app Grindr — to play into far right sentiments regarding the LGBTQ+ community and so-called "grooming," a narrative tool that's proven highly effective for motivating the far right base.

"Looks like Yoel is arguing in favor of children being able to access adult Internet services in his PhD thesis," Musk tweeted on Saturday, coupled with a screenshot of just one paragraph of Roth's 300-page dissertation.

The CEO's tweet was in response to Eliza Bleu, who tagged the "Chief Twit" in an article about the politics of teacher-student sex that Roth had shared — but not written — back in 2010. Neither that article, nor Roth's research, supports the abuse and exploitation of children, or suggests that Roth himself is in any way a pedophile. (Nevermind that Musk's takeover has reportedly resulted in the decimation of the Twitter teams tasked with fighting child sexual abuse on the platform.)

Even so, the replies to both tweets suggest that the former Twitter employee, an openly gay man himself, is a "groomer." (In September, the Anti-Defamation League’s Center for Extremism noted that "widespread hateful rhetoric" attempting to falsely connect the LBGTQ+ community to inherent grooming has resulted in "a spike in harassment, threats and violence targeting the LGBTQ+ community.")

It's worth noting that Musk publicly showed support for Roth, a longtime Twitter staffer, in the early days of his acquisition. Some netizens had expressed concern over Roth's very clearly stated distaste for Trump, linking to some critical tweets he made in 2016 and 2017. But at that point, the billionaire came to the then-Twitter-employee's defense, saying that "we've all made some questionable tweets, me more than most, but I want to be clear that I support Yoel."

"My sense is that he has high integrity," Musk continued in the October thread, "and we are all entitled to our political beliefs."

But since Roth voluntarily resigned, the CEO's tune has changed.

Whether Musk is simply just making noise for the sake of boosting Twitter's user count — or he actually believes his outrageous accusations against Roth — is unclear. In either case, though, Musk's attacks are just one more illustration of his increasingly capricious managerial decisions — not to mention a cautionary tale for any employees who currently enjoy his favor.

Rough
Elon Musk's Twitter Is Reportedly Failing Miserably to Contain Horrific Child Abuse Content
9:09 PM
Read More
I Silence Thee
Leaked Messages Seem to Show Elon Musk Using Twitter to Punish His Enemies
Jan 28
Read More
Enemy Mine
Elon Musk Now Denies That His Family's Emerald Mine Existed, In Spite of Previously Bragging About It
Jan 9
Read More
+Social+Newsletter
TopicsAbout UsContact Us
Copyright ©, Camden Media Inc All Rights Reserved. See our User Agreement, Privacy Policy and Data Use Policy. The material on this site may not be reproduced, distributed, transmitted, cached or otherwise used, except with prior written permission of Futurism. Articles may contain affiliate links which enable us to share in the revenue of any purchases made.
Fonts by Typekit and Monotype.