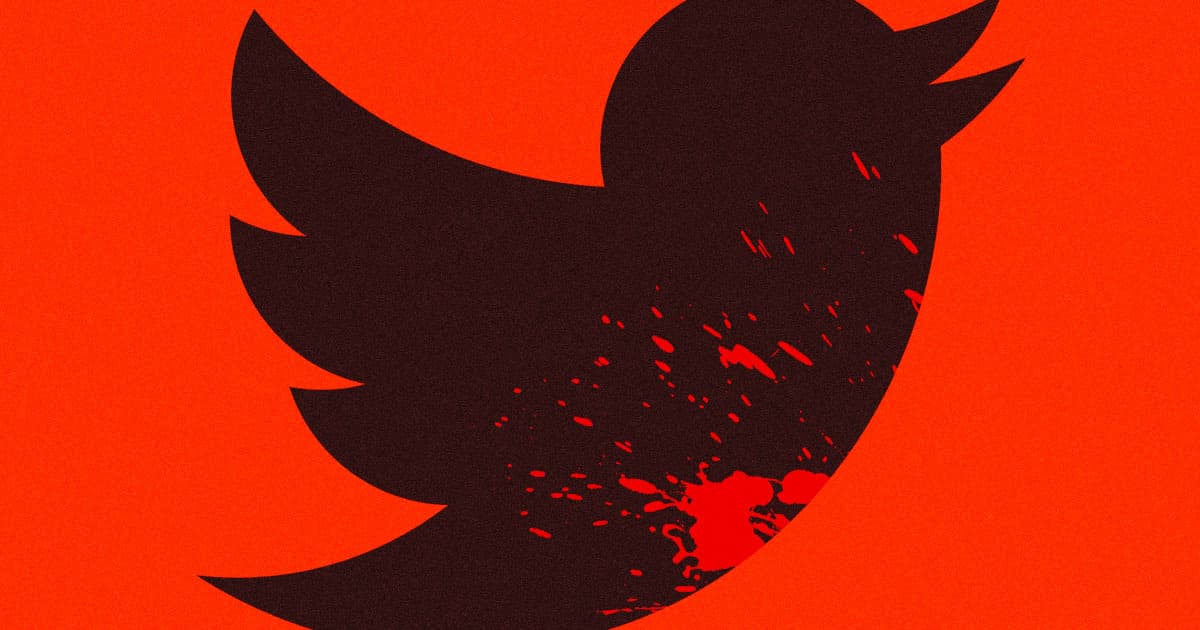 Enough With the Treason

Egging them on, as recently as earlier today, has been President Donald Trump himself, who has refused to concede the election even in the face of overwhelming evidence that he lost to challenger Joe Biden.

"Our country has had enough." Trump told a crowd today. "We will not take it anymore." He also vowed to "never concede."

After issuing several weak statements, the president uploaded a video of a short and characteristically rambling statement to his Twitter account. Unsurprisingly, in the video Trump doubled down on his claims that it was a rigged election.

"I know your pain, I know you're hurt," Trump told the rioters. "So go home, we love you, you are very special... We have to have peace, we have to have law and order."

Twitter promptly flagged the video "due to a risk of violence." As a resulted, the video can no longer be replied to, retweeted, or liked.

It's a surprising move, considering that the social media platform has only flagged Trump's misleading claims about election fraud as being "disputed" following president-elect Joe Biden's win late last year.

"Let me say in no uncertain terms [Jack]," wrote New York Times reporter Kara Swisher in a tweet, "if you do not suspend Donald Trump's Twitter account for the next day at least, this mob attack on Congress is also on you."

Reckless President
Report: More Than 130 Secret Service Officers in COVID Quarantine
11. 13. 20
Read More
Oh God
Trump Implies That the US Military Could Defeat Aliens If They Show Up
10. 14. 20
Read More
Trump Brain
Former Astronaut Blasts Trump For Lying About NASA
8. 6. 20
Read More
+Social+Newsletter
TopicsAbout UsContact Us
Copyright ©, Camden Media Inc All Rights Reserved. See our User Agreement, Privacy Policy and Data Use Policy. The material on this site may not be reproduced, distributed, transmitted, cached or otherwise used, except with prior written permission of Futurism. Articles may contain affiliate links which enable us to share in the revenue of any purchases made.
Fonts by Typekit and Monotype.