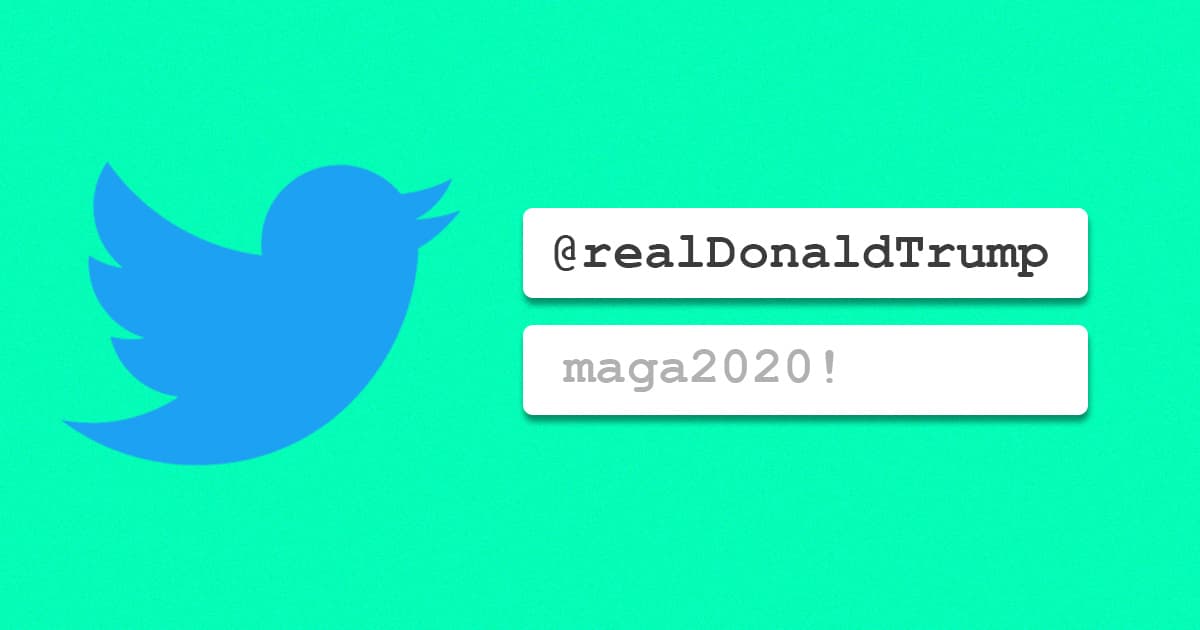 He says Trump had a weak password and no two-factor authentication.

He says Trump had a weak password and no two-factor authentication.

Trump didn't even bother to turn on two-step verification, according to the researcher.

Gevers was astonished when, on just on his fifth try, he was able to get in to Trump's account. The password for the Twitter account belonging to one of the most powerful men on the planet right now: "maga2020!"

The security researcher was shocked. "I expected to be blocked after four failed attempts," he told the newspaper. "Or at least would be asked to provide additional information."

Gevers claims he managed to post tweets and make changes to his profiles. Screenshots of his "hacks" were later called "credible" by Dutch security experts, according to de Volksrant.

The researcher says he reached out to the US government after discovering the major security oversight, before being contacted by the Secret Service.

The White House and Twitter, however, are pushing back against the story.

"We’ve seen no evidence to corroborate this claim, including from the article published in the Netherlands today," a spokesperson told TechCrunch. "We proactively implemented account security measures for a designated group of high-profile, election-related Twitter accounts in the United States, including federal branches of government."

If the story's real, though, it shows flabbergasting security lapses by one of the most powerful people on the planet.

“It’s unbelievable that a man that can cause international incidence and crash stock markets with his Tweets has such a simple password and no two-factor authentication,” Alan Woodward, a professor at the University of Surrey, told TechCrunch. "Bearing in mind his account was hacked in 2016 and he was saying only a couple of days ago that no one is hacked the irony is vintage 2020."

More on Trump: Trump Implies That the US Military Could Defeat Aliens If They Show Up

Speak English
Donald Trump Says Bitcoin Is a "Scam"
6. 7. 21
Read More
Trumped
Facebook Oversight Board Rules That Trump Remains Banned
5. 5. 21
Read More
Bending Over Backwards
Facebook Workers "Walk Out" Over Inaction on Trump Posts
6. 1. 20
Read More
+Social+Newsletter
TopicsAbout UsContact Us
Copyright ©, Camden Media Inc All Rights Reserved. See our User Agreement, Privacy Policy and Data Use Policy. The material on this site may not be reproduced, distributed, transmitted, cached or otherwise used, except with prior written permission of Futurism. Articles may contain affiliate links which enable us to share in the revenue of any purchases made.
Fonts by Typekit and Monotype.