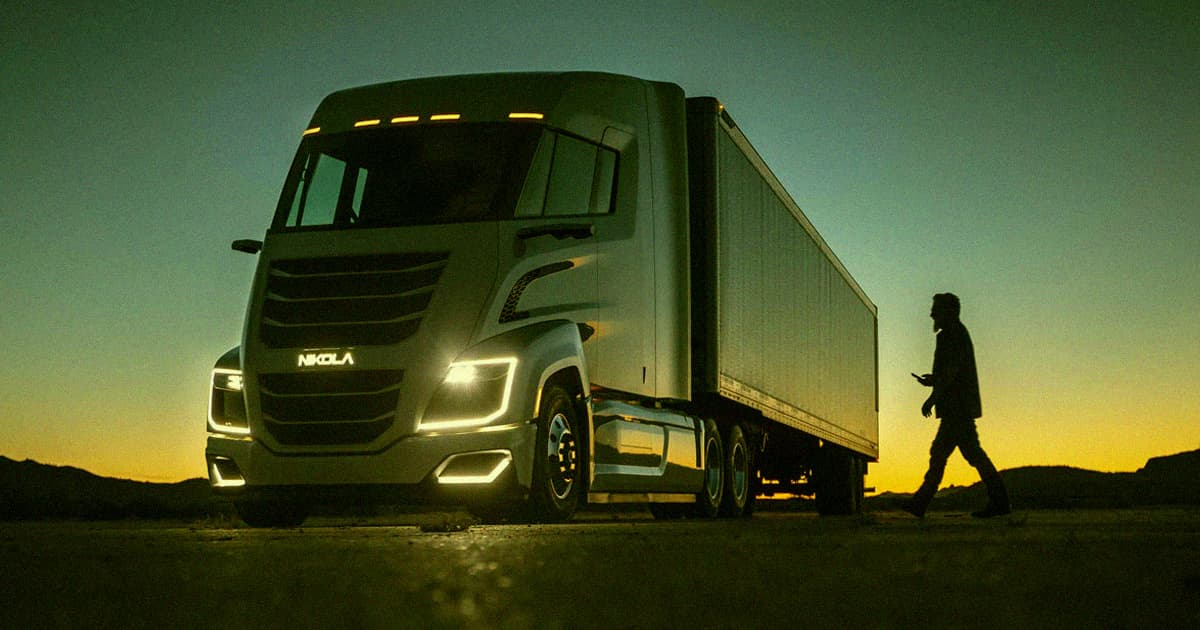 The US Justice Department charged Travis Milton, the founder of the controversial electric and hydrogen automaker Nikola, with fraud today.

If you've been following along then you already know that Nikola, the name of which is a not-so-subtle jab at Elon Musk's rival automaker Tesla, has already had a spectacular fall from grace. In February 2020, Nikola unveiled and made bold claims about the capabilities of the Badger, an electric- or hydrogen-powered pickup which, unlike the Cybertruck, actually looks like a vehicle that was made on Earth.

But Milton's claims about the Badger's capabilities, which landed Nikola a short-lived partnership with GM, seem like they were too good to be true: CNBC reports that a grand jury has now indicted Milton with three counts of criminal fraud for lying about "nearly all aspects of the business." Oof!

Since fraud allegations first popped up, Nikola has been haplessly nosediving — just like the semi truck that the company apparently pushed down a hill in a misleading 2018 promotional video because it couldn't actually drive yet.

Hindenburg Research, a financial investigation firm, first accused Nikola of fraud last September. Shortly thereafter, Milton resigned, the GM deal fell apart, and the company cancelled plans for the Badger altogether, Insider reports — all signs that Hindenburg may have been on to something. Milton denied the accusations, but Nikola disclosed in February that it and Milton both made several misleading statements, CNBC reported at the time.

It's unfortunate news. Casting the "Nikola vs. Tesla" drama aside, a wider variety of electric vehicles on the market would have been a net positive for a planet that desperately needs to stop burning fossil fuels. Unfortunately, the writing seems to be on the wall that Nikola's ethereal trucks won't be among the lineup.