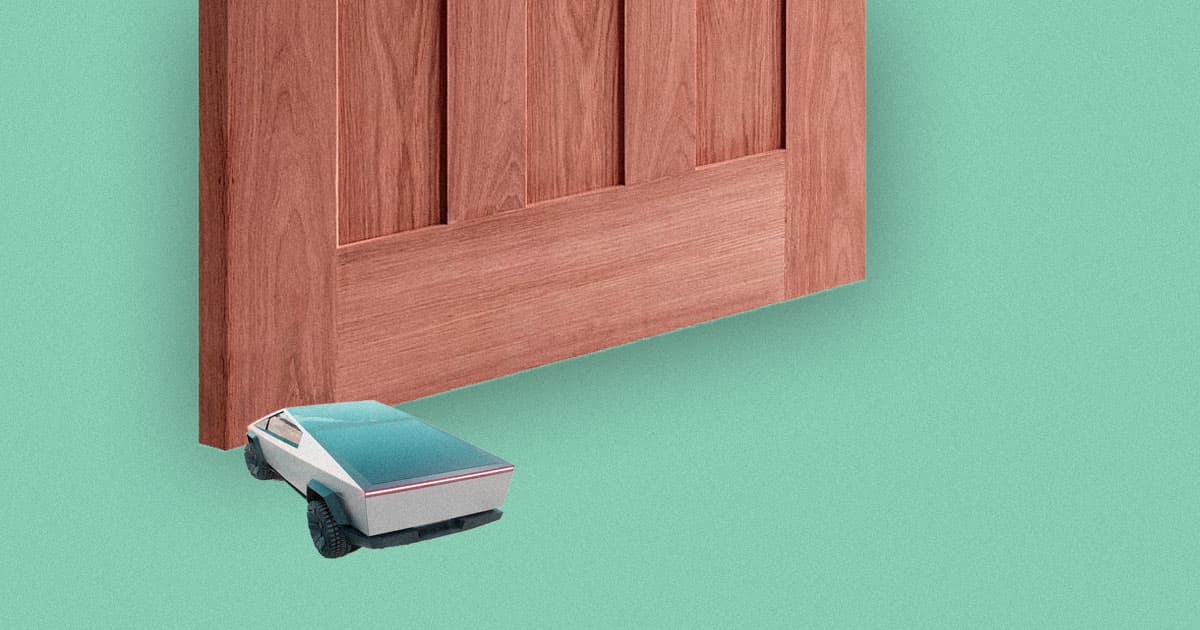 Tesla Competitor Slams Cybertruck For Looking "Like a Doorstep"

Somebody call the burn unit.

Somebody call the burn unit.

"A lot of people didn’t like the look of the Cybertruck, including me," Russell told CNBC in a recent interview. "I think it looks like a doorstop, but they got lots of reservations for it, so more power to them." Oh, the shade!

But credit where credit is due: Russell also revealed that his company was inspired by the Cybertruck to build its pickup truck competitor, the Badger.

"A year ago we didn’t believe we would be building a pickup truck," he told CNBC. "We had built several off-road vehicle prototypes and had a concept for a pickup truck. We didn’t intend to do anything with it until we saw the Cybertruck.

Nikola recently started taking reservations for the Badger, an electric pickup that can come with an optional hydrogen fuel cell for an extended range.

Nikola has risen to become a worthy competitor in recent months, at least in the eyes of investors. Share values for the Tesla competitor surged in June following a reverse merger, making it more valuable than both Ford and Fiat-Chrysler.

Musk has been a vocal critic of hydrogen fuel cell technology in the past, striking up a feud between the two CEOs. "Fuel cells = fool sells," Musk tweeted in June, mocking the carbon neutral fuel concept, adding that it's "staggeringly dumb."

The Cybertruck's design was extremely divisive after it was first unveiled in November — and that's not lost on Musk.

"If it turns out nobody wants to buy a weird-looking truck, we’ll build a normal truck, no problem," Musk said on the "Daily Drive Podcast," as reported by Teslarati on Monday.

READ MORE: Tesla Cybertruck gets shade from Nikola CEO: ‘I think it looks like a doorstop’ [Teslarati]

More on the feud: A Brief History of Elon Musk’s Festering Feud With Rival Automaker Nikola