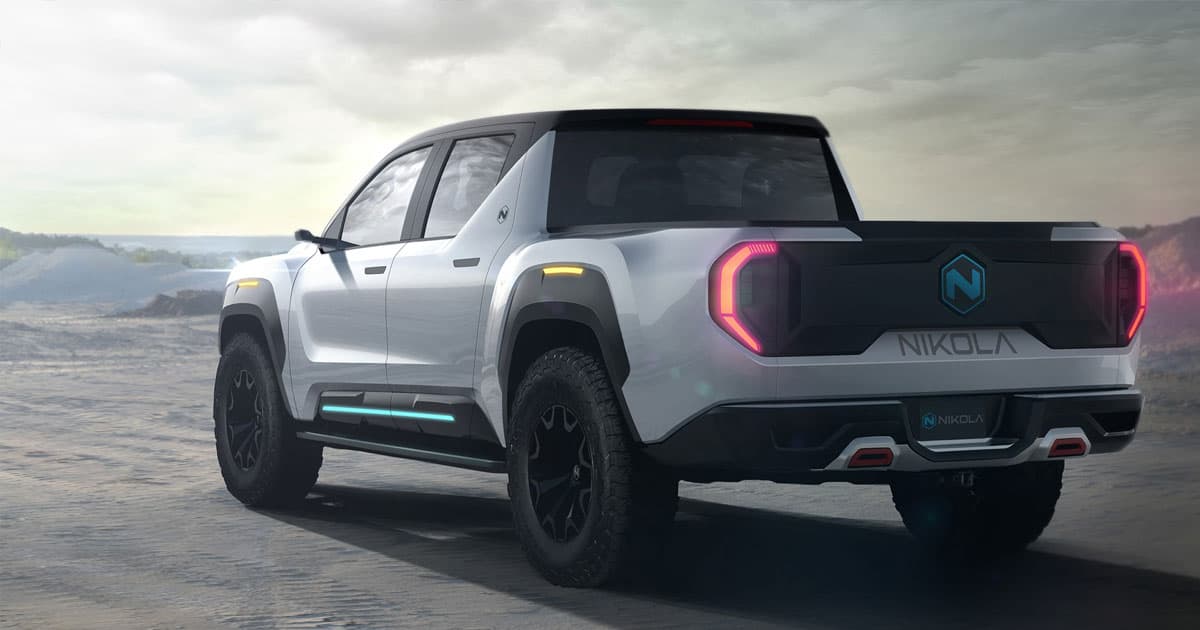 Does this Cybertruck competitor stand a chance?

Does this Cybertruck competitor stand a chance?

The war of the electric pickup trucks is upon us.

For $5,000 fee, customers can secure their own powerhouse truck that will eventually be competing against Tesla's much-hyped Cybertruck.

The news caused Nikola share values to climb seven percent, Business Insider reports. The automaker, which has yet to make a single dollar in revenue, saw a massive surge in its valuation, climbing above $20 billion upon going public earlier this year — even surpassing the market values of established automakers Chrysler and Ford.

The Badger has some striking differences with Tesla's Cybertruck: it extends the battery capacity of a lithium battery with a hydrogen fuel cell generator, expanding its range to an advertised 600 miles — that is, if you live near one of the few hydrogen refueling stations.

Tesla isn't quite there, but it claims the Cybertruck will be able to pass the 500-mile threshold with its batteries.

There will also be a battery-only version of the Badger truck that'll squeeze out a respectable 300 miles per charge.

The Cybertruck will undercut this entry-level price point by almost $20,000 when it starts rolling off the lot in late 2021, starting at just $39,900 for a less powerful single-motor variant.

According to crowdsourced estimations made in April, Tesla has received reservations for almost half a million Cybertrucks. Tesla, however, stopped announcing its own numbers back in February.