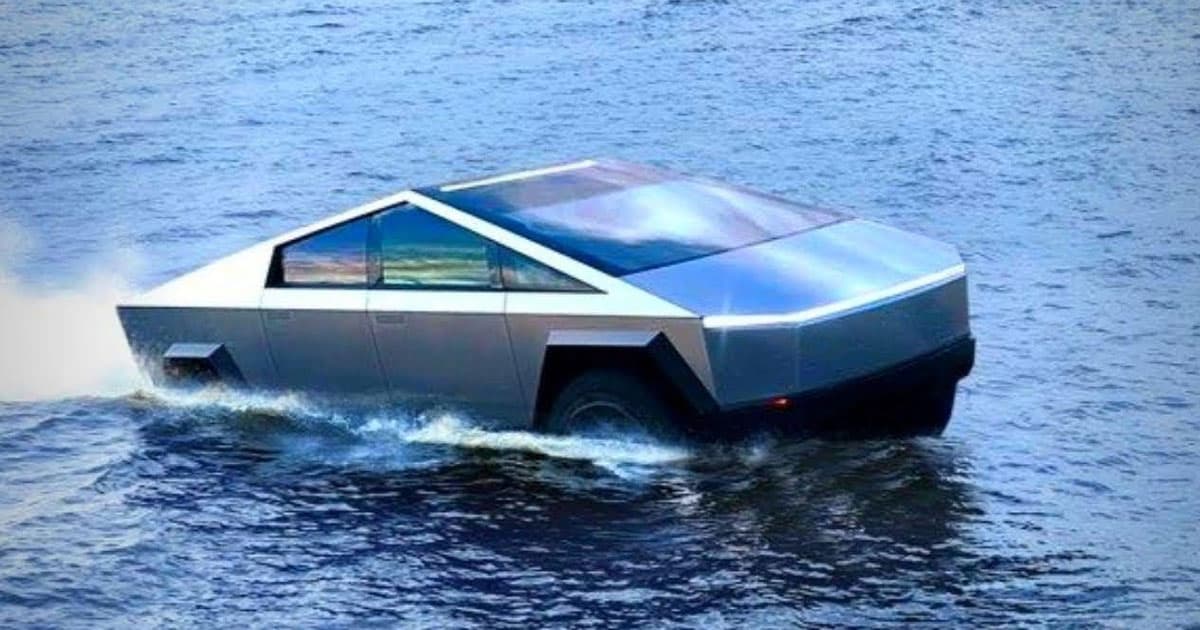 That's not how any of this works.

That's not how any of this works.

It's no secret that Tesla CEO Elon Musk has some over-eager fans — but this one acolyte really jumped the gun.

In the wake of Musk promising the company's much-hyped Cybertruck can double as a boat, Tesla enthusiast Jerome Eady thought he could save his favorite billionaire some legwork.

The Elon superfan filed an application with the US Patent and Trademark Office on the automaker's behalf to extend the Tesla trademark to electric "not for land vehicles," namely boats and airplanes, Bloomberg reports — a baffling decision, considering he isn't affiliated with Tesla in any way.

Out of the Loop

Several outlets were swept up in a flurry of hype and confusion earlier this week at the prospect of the Musk-led company eventually pivoting to boats and planes.

After all, the application does explicitly note an "intent to use" the Tesla trademark on those vehicles.

And the connection between Eady's filing and Musk's Cybertruck claims isn't just speculation on our part. Eady told Bloomberg that he wanted to help Tesla by filing for the trademark proactively, because Musk had already promised the Cybertruck could be used as a boat.

As of now, Tesla has not responded to Bloomberg's requests for comment, so we can only assume that it had no idea about the application. Nor has the patent office responded, so who knows what will happen to Eady or his filing.

The idea of a seaworthy Cybertruck has been around for a couple of years now. Back in 2020, roughly five months after the Cybertruck was unveiled, Musk tweeted that the low-poly set of wheels "will even float for a while."

Musk then doubled down on those claims in September, stating that "Cybertruck will be waterproof enough to serve briefly as a boat," he wrote, "so it can cross rivers, lakes and even seas that aren't too choppy."

Just a week later, he even brainstormed mounting a propeller on the tow hitch of a Cybertruck to make it move through water faster.

To be clear, these seem like superfluous claims to make for a vehicle that's already having a hard time hitting the streets, let alone seas.

But if there's any lesson to be learned here, it's that Musk should probably be more careful about what he tells his fawning and often gullible fans.