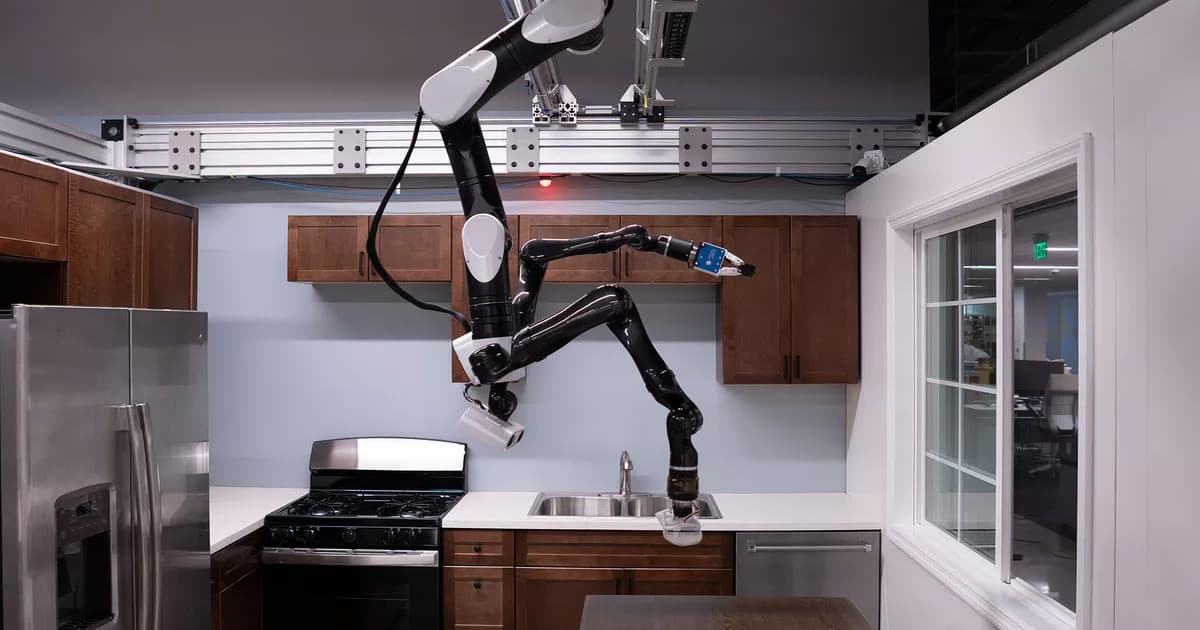 Toyota Built a Robot to Do Grandpa’s Dishes

The new robots help seniors with housework, but for now are just demo prototypes.

The new robots help seniors with housework, but for now are just demo prototypes.

The Toyota Research Institute (TRI) just unveiled a series of robots that are meant to help senior citizens manage housework that might otherwise give them trouble.

But the robots, which are meant to be a demo of new technology rather than a commercial product, aren’t exactly practical, The Verge reports. For instance, one “gantry robot” built to load a dishwasher looks like it’s better suited for building cars: It’s a gigantic robot arm that hangs from a set of tracks built into the ceiling. Still, while it may not be great for grandpa’s house, there is some sophisticated tech on display.

Gramps probably isn’t that into the assembly line aesthetic, so TRI built a more humanoid robot that does the same stuff, like grasping plates and cleaning surfaces. That may sound mundane, but there’s cool stuff going on behind the scenes, like air-filled robotic hands that can handle delicate objects and the ability to learn by watching humans demo the tasks, VR controllers in hand.

“The robots that you see today are prototypes to accelerate our research, but they are not going to be turned into products any time soon,” TRI vice president of robotics Max Bajracharya told TechRepublic.

While these particular robots might not find their way into our homes, future designs geared around human needs might, The Verge reports.

“It means building technology that enables us to continue to live and to work and to relate to each other as if we were younger,” TRI CEO Gill Pratt told IEEE Spectrum.

READ MORE: Toyota’s robot butler prototype hangs from the ceiling like a bat [The Verge]