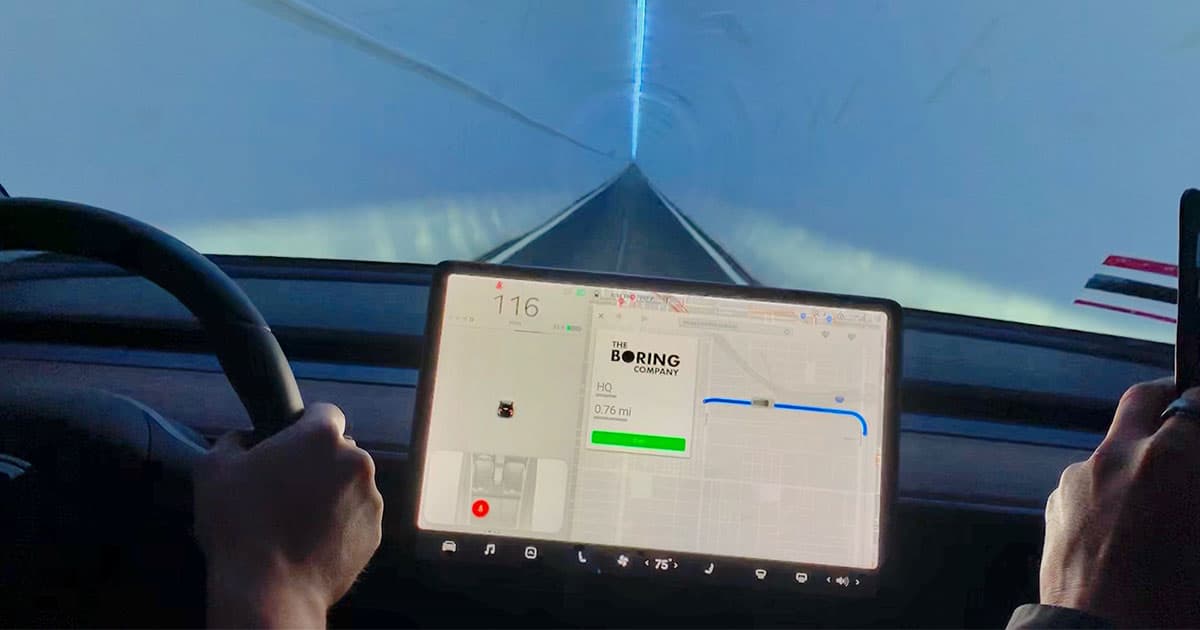 Mysterious Boring Company machinery was spotted in the California desert.

Mysterious Boring Company machinery was spotted in the California desert.

The machinery could suggest that the Boring Company is setting up to dig a tunnel connecting Los Angeles and Las Vegas, but neither the company nor Elon Musk have made an announcement about any such plans.

Teslarati argues the photos suggest a possible tunnel between the two cities, mainly due to the geographical location where the machinery was spotted — Adelanto, California, about an hour and a half in the direction to Las Vegas from LA.

The news also comes after the Boring Company made headway in digging a tunnel connecting high-trafficked locations in Las Vegas. Musk recently showed off a concept of what a finished passenger station in the system could look like. The tunnel is scheduled to be done by January 2021.

Officials in charge of the Las Vegas Loop have also mentioned possible future service expansions on their website, with a map showing a conceptual future expansion along the Las Vegas strip. At the bottom, bolstering Teslerati's theory, is a blue arrow indicating that this conceptual expansion could even go "to Los Angeles."

Service along these tunnels could operate at speeds of up to 155 mph, according to The Boring Company's website, which could end up making a big dent in the four hour car journey.

Job postings on The Boring Company's website also suggest that the company is looking to fulfill roles at Adelanto, including a machinery operator.

READ MORE: Elon Musk has a secret Boring Company station between LA to Vegas in the works [Teslarati]