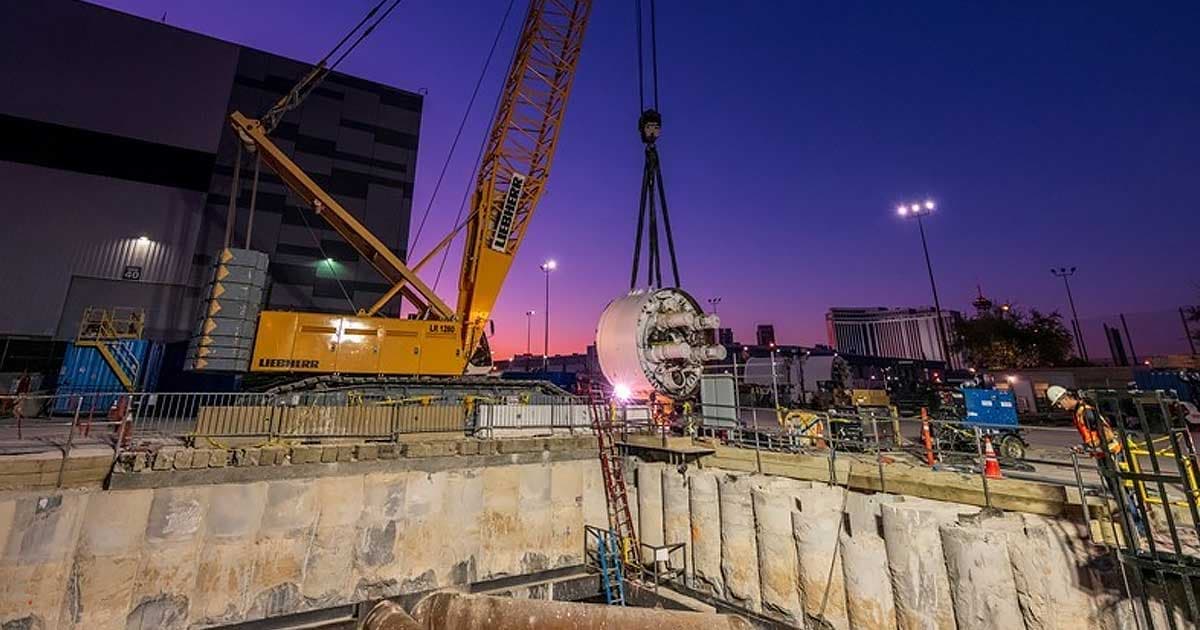 The LCCVC has now announced that the Elon Musk-led tunneling firm officially began digging on Friday — meaning the company is finally working on its first major project.

The @boringcompany begins tunneling at the Las Vegas Convention Center. The innovative transportation system will transport convention attendees across the LVCC’s 200-acre campus in approx. one minute. @elonmusk 📷@lvnewsbureau

Autonomous electric vehicles will ferry up to 4,400 passengers per hour at speeds of up to 249 kilometers per hour (155 miles per hour) inside two tunnels 40 feet below the surface, according to a May press release. A pedestrian tunnel will also allow walkers to make the approximately 15-minute-long trek across the convention space, which spans 3.2 million square feet.

The LVCVA expects to have the tunnel completed by January 2021, while holding options open to connect the system to other key attractions, including Downtown, the Las Vegas Boulevard, and the McCarren International Airport, according to Thursday's press release.

Other tunneling projects by the Boring Company haven't fared nearly as well as this one.

The company's plans to connect downtown Chicago with O'Hare International Airport were marred by corruption scandals and a ton of red tape. In June, Musk noted the project wasn't dead just yet, explaining that the company might still move forward with it, but replace specialized passenger pods with Tesla electric cars.